Life After Gordon Freeman If you own a copy of Half-Life 2, you’d probably have completed it and witnessed its anti-climax of an ending. Putting aside your personal frustration after several hours of game play, you might have asked yourself, what now? After all, you just paid a good 60 bucks for your copy of […]

If you own a copy of Half-Life 2, you’d probably have completed it and witnessed its anti-climax of an ending. Putting aside your personal frustration after several hours of game play, you might have asked yourself, what now? After all, you just paid a good 60 bucks for your copy of the game and it had better last you long. Fret not, because mods (modifications) for HL2 have been sprouting up on the internet. UrbanWire scours the web for you and gives you a list of mods that are making headlines:

Probably the closest mod to resemble a certain Counter-Strike released for the 1st Half-Life, Plan of Attack (POA) is a team-based mod for Half-Life 2 that emphasises strategic game play over run-and-gun methods. Keep that itchy trigger finger away unless you enjoy incurring the wrath of your teammates. 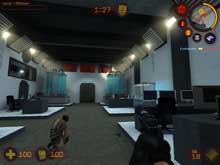 Quite surprisingly, POA actually has a storyline behind it. Available for your reading pleasure at the mod’s website, the story revolves around a power-hungry US administration keen on showing the military might of the US Army after a breakdown in talks with several countries. What results is a coalition of countries not to happy about the intrusion of American soldiers on their homeland and thus we have the good guys defending their beautiful land from the baddies. While the story isn’t award-winning material, it still serves as a good read if you like to know a little back-story.

Once you’ve joined a server, you have to choose between the American Alliance, a rag-tag bunch of military reservists and citizens, and the Coalition Forces, a group of Russians, Chinese, Koreans and Middle Eastern people. Choosing either side has no added benefit, apart from the selection of weapons. 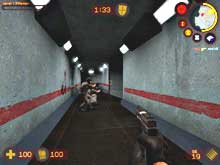 POA introduces a class-based system with 4 different classes. The rifleman is the grunt of your team and is often the 1 charging forward with the rest of the team following behind. The sniper class does exactly what its namesake suggests, sniping enemies from a distance. The ranger class seems the most powerful with increased accuracy using ranged weapons and dishing out hurt with the combat knife. The only drawback is that you will be carrying less armour and hence die a lot quicker than your buddies. Lastly, the gunner class is a walking tank, slow but powerful. After playing a couple of rounds, we’ve noticed that the gunner is often a key member of the team that’s winning.

Depending on the side you’re on, the objective of each round varies between defending certain locations on the map to going on the offensive and taking back what the opposition is holding on to. Think “Capture-The-Flag” but with added strategic depth in the form of breaking the team into smaller groups to capture various points simultaneously and you’ll have a rough idea of what POA is about. Granted, the mod isn’t terribly original but it’s the mod for HL2 that is most frequently updated.

POA is far from being complete since it’s still at a beta stage and that shows with the occasional clipping issues and desktop crashes.

The current version of POA is the Beta 2.1 version which you can get at the mod’s official site 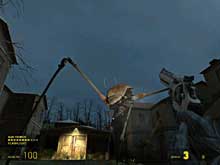 The Strider Mod enables you to pilot most of the vehicles found in the campaign of Half-Life 2 including the hulking Strider itself, complete with machine gun, anti-matter weaponry and long insect-like legs.

This single-player mod is relatively easy to use, just load any of the 7 maps and spawn the vehicle of your choice. Besides the Strider, the most recent release of this mod also allows you to pilot the Combine APC (Armoured Personal Carrier), Attack Chopper and a much-desired sniper rifle.

Unfortunately, there are several glitches in the mod that might infuriate you. We had the misfortune of having our Strider spawn right on top of us thus prematurely ending our destructive intentions. To avoid the same fate, only spawn the Strider in open areas. This applies to all the other vehicles too. On several occasions, upon entering a helicopter, we couldn’t aim with our mouse until we restarted the map.

At the moment, this mod can only be played offline. However, the mod’s creator has posted on the Strider Mod’s forums that the next update of his mod, version 0.3, will be multiplayer compatible. That’s definitely exciting news since we would then be able to crush those toilet-tossing whores beneath the monstrous heel of the Strider.

Don’t be fooled by the title of the mod, this isn’t some amateur attempt at tinkering with the HL2 code, rather, it’s an impressive reworking of the engine that results in some virtual hilarity online. To be really specific, this mod is a physics mod. Unlike the dull physics you learn in school, Garry’s Mod lets you be creative in experimenting with the in-game models and objects at your mercy.

There really is no specific objective when you’re playing with Garry’s Mod, it’s like a sandbox version of Half-Life 2 where you simply toy around with the environment and its objects until you’re bored. This might sound like a very useless mod but it hasn’t stopped the community from creating hilarious videos and screenshots involving the cast of the game. There’s nothing quite like seeing the G-Man do an Elvis impersonation.