Calling all music lovers, this year’s Mosaic Music Festival organised by the Esplanade, boasts a more impressive array of music genres from international and local artistes, which only means that more youths will be eager to get a piece of the action. What started out in 2005 as a soul and jazz-themed event which attracted […] 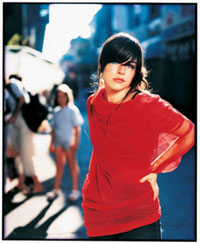 Calling all music lovers, this year’s Mosaic Music Festival organised by the Esplanade, boasts a more impressive array of music genres from international and local artistes, which only means that more youths will be eager to get a piece of the action.

What started out in 2005 as a soul and jazz-themed event which attracted an older crowd, now boasts a broader range of genres, including indie-folk, folk rock, Afrobeat, ska, pop and R&B that is sure to entertain and give youths an all-rounded immersion into musical culture. With a line-up of some 400 artistes from 17 countries, the 10-day event starting from Mar 9 is set to take over the music scene at various venues at the Esplanade.

Top Sellers: A favourite for this year’s event is American singer-song writer Rachel Yamagata. The soulful starlet has even been compared to Norah Jones, but what sets her apart is her heart-wrenching lyrics about heartbreak, delivered in her signature husky voice.
Ticket prices: $58 (sold out), $88, $118

Fellow Americans Yo La Tengo are famed for their gift in transiting from nerve-racing rock sounds to soft melodic pop tunes. They distinguish themselves from other indie-rock groups, through both their fusion of folk, punk-rock, garage, electro and pop and their lyrical tongue-in-cheek humour which is crudely entertaining. Take for example the title of their latest album I Am Not Afraid of You and I Will Beat Your Ass.
Ticket prices: $58, $88, $118

Soul sensation Take 6 (USA) combines gospel, jazz, pop and R&B along with their
soothing a cappella jazz arrangements into a truly extraordinary experience. Their outstanding list of awards include: 18 Grammy Award nominations, 10 Grammy Award wins, 10 Dove Awards, not to mention topping the poll for ‘Favorite Jazz Vocal Group’ for 9 years running, as voted by readers of USA magazine Down Beat.

A special segment for this year’s event also includes evening and late night performances at the Heineken Music Club. Among the featured artistes are folk-jazz guitarist Terry Callier (USA & UK) and blues and jazz singer-song writer Carleen Anderson (USA & UK). Entry tickets for each of the above mentioned artistes cost $38 and include one free drink. 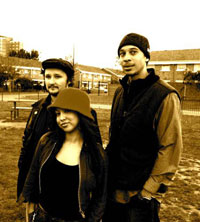 If you’re more a bad-ass, head-bopping music lover, you might not want to miss UK hip-hop punks One Self that are sure to bring the house down at DXO. Expect a mixture of MC freestyle and DJ Vadim’s (founder of record label Jazz-Fudge) funky beats at the party that starts at 9.30 pm on Mar 14. Entry tickets cost $38 and include one free drink.

Free Events
Check out this year’s impressive line-up of free events that you can catch at the Nokia Powerhouse, the Nokia Music Station or at The Living Room @ the Concourse.

Free performances include:
1. The Rock Tigers (Korea), who performed at last year’s Rock D’Fort event held at Fort Canning Park, which had the crowd getting up on their feet, dancing to the swinging 60s beats influenced by Rock’n’Roll legend Elvis Presley along with their fusion of Korean and English lyrics. Complete with retro outfits and pomade hairstyles, the Rock Tigers are sure to bring back some old school music flavour guaranteed to get you dancing.

2. The 5-member team of Goose (Thailand) who were nominated for Best New Artist at the Fat Awards 2004 by Bangkok’s largest Indie radio station (104.5 Fat Radio), that cemented their mark in the Thai Indie scene, are also on hand to impress. As proof that they are no flash in the pan, the quintet’s psychedelic sounds landed them another award at the Fat Awards 2005, as the Best Group.

This year’s Mosaic performance promises to be bigger and better than before so be sure to grab your tickets quick!