In conjunction with Shaw Organisation, we are giving away 5 posters and 5 pairs of Shaw movie passes to the upcoming epic movie Defiance 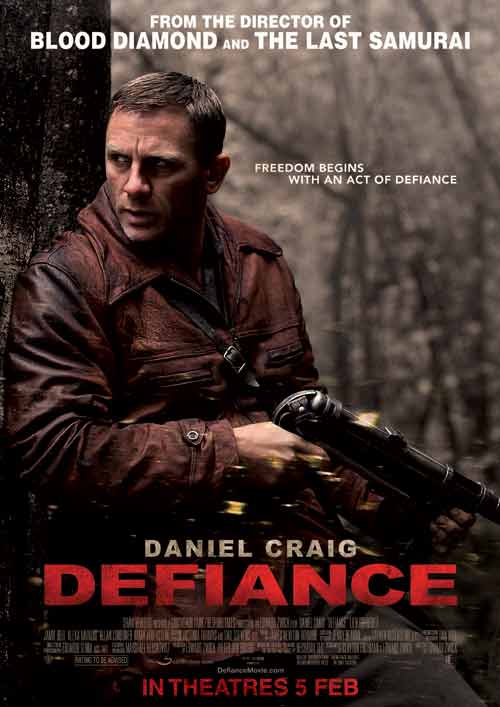 This is one film not to be missed.

5 Pairs of Defiance Movie Passes and Posters for Grabs

Simply answer the following question and email the correct answer with your full name, NRIC, contact number to contest.urbanwire@gmail.com.

“This epic tale of family, honour, vengeance and salvation is directed by the Academy Award®-winning producer Edward Zwick.”

Based on an extraordinary true story, “Defiance” is an epic tale of family, honour, vengeance and salvation in World War II.

The year is 1941 and the Jews of Eastern Europe are being massacred by the thousands. Managing to escape certain death, 3 brothers take refuge in the dense surrounding woods they have known since childhood. There they begin their desperate battle against the Nazis.

Daniel Craig, Liev Schreiber (The Painted Veil) and Jamie Bell (Billy Elliot) star as brothers who turn a primitive struggle to survive into something far more consequential – a way to avenge the deaths of their loved ones by saving thousands of others.

As a brutal winter descends, they work to create a community, and to keep faith alive when all humanity appeared to be lost.