In conjunction with Festive Films, we are giving away 5 pairs of tickets to the preview screening of Eden Lake on Jan 12

“Eden Lake was inspired by the idea that there’s a horror movie being played out on our streets, seemingly every day”, says James Watkins in a statement about his directorial debut. 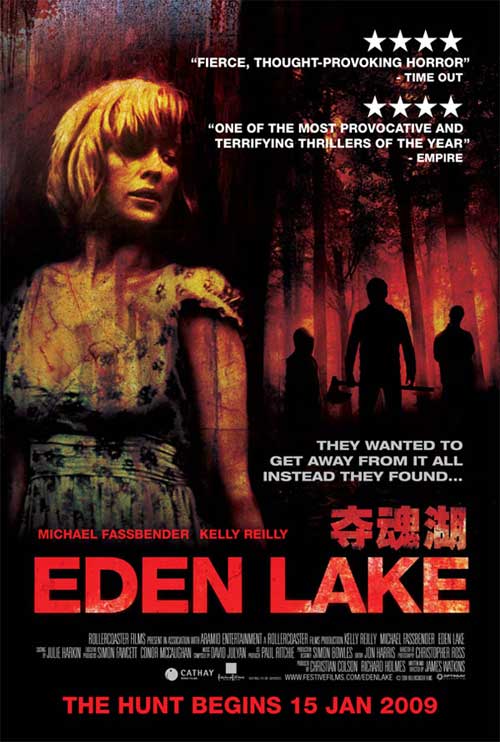 About the subject of his film, he explains, “On the one hand, we still think of them as innocents, in need of protection against the dangers posed by the adult world. On the other, they are knife-wielding demons. I wanted to tell a story that explored the tensions between these two conflicting views of childhood.”

Not wanting to write a “social realist drama”, Watkins says, “What I really wanted to do was dramatise in a visceral way just how scary it all is and approaching it like a horror movie felt like the right way to do that.”

Win Tickets to the Preview

In conjunction with Festive Films, we are giving away 5 pairs of tickets to the preview screening of Eden Lake on Jan 12.

Simply answer the following question with the right answer along with your full name, NRIC and contact number and email us at contest.urbanwire@gmail.com by Jan 11.

“The gang leader, Brett, that the couple encounters owns a dog which was killed in an accident.” True or False?

A horror movie that’s not monsters or zombies but on home turf, and hopefully with a modern resonance beyond the twists and turns of the story. – James Watkins, Director of Eden Lake

Primary school teacher Jenny (Kelly Reilly, “Pride & Prejudice”, “Mrs Henderson Presents”) and her boyfriend Steve (Michael Fassbender, “300”), head out of London for a weekend break at a beautiful secluded lake. Steve has chosen the romantic spot, and is waiting for the perfect moment to surprise Jenny with a marriage proposal.

They pitch a tent, go swimming, sunbathe, and enjoy the peace – until it is shattered by a group of rowdy, threatening teenagers. When Steve confronts the group about their behaviour, a fight breaks out, and Steve accidentally kills gang leader Brett’s dog.

Suddenly the couple’s idyllic getaway turns into a survival nightmare, as they are forced into the forest to escape the vengeance of their pursuers. Separated from Steve, Jenny has to draw on unknown reserves of strength– and mercilessness – to survive.

Finally breaking free from the forest and her young pursuers Jenny makes it to the apparent sanctuary of the town. And meets the parents.