You might think that we’d know exactly what to expect after the number of Roald Dahl books that have been adapted into films. You’d be wrong.

The Fantastic Mr Fox, Dahl’s fifth children’s story and sixth to be put on the silver screen, is unleashed into a world of animation with director Wes Anderson (Rushmore, The Darjeeling Limited) at the helm. 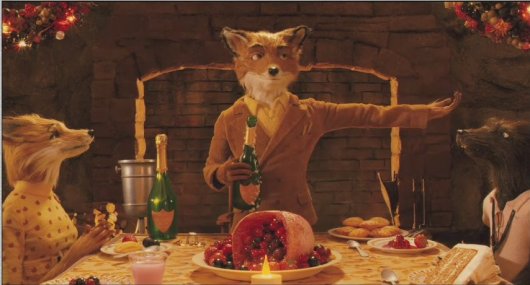 For those who aren’t familiar with the book, the story surrounds protagonist Mr Fox, who after taking a 12-fox-year (2-human-year) hiatus from pinching goods from farms, decides to relive the bravado of yesteryear by going on an expedition to steal produce from farms belonging to the 3 meanest farmers in the area, Boggis, Bunce and Bean. 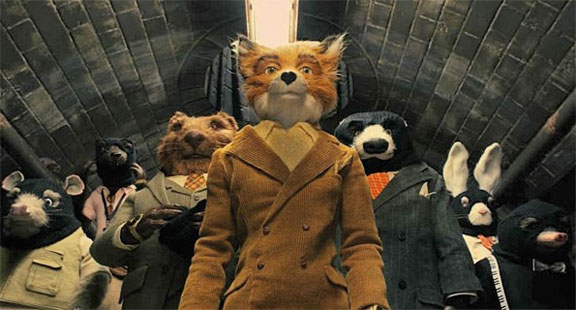 Unfortunately, the farmers soon find out and embark on their own mission to take revenge on the stealing menace, even if it means destroying everything in their path.

Clooney, who has played similar roles to that of Mr Fox before, lends his voice perfectly to the film, bringing up memories of his part as Danny Ocean in the 2001 remake of Ocean’s Eleven, both characters having spent an amount of time out of the scene (Ocean in prison and Fox as a newspaper columnist) before bouncing back behind their wives’ backs.

One thing unique about this film is that unlike all other recent animated features, it’s presented in a stop-motion format, a technique where scenes are photographed, frame by frame with subjects moved in slight increments to give the illusion of movement when played in rapid sequence, and this not only makes Fantastic Mr Fox the first Roald Dahl book to be interpreted this way, but also Anderson’s first animated film and the first 20th Century Fox film to be done in stop-animation.

All things considered, the animation and attention to detail is astounding. For one, fur textures are extremely realistic and character movements are so fluid that save for when rapid movement is depicted, the film doesn’t even look like it was shot frame by frame before being pieced together.

Interestingly enough, while all the animals (who are underground most of the time) are voiced by Americans, the sadistic and trigger-happy farmers, the ones who really cause the most damage, are the 3 British farmers led by Bean. The story even appears to take place in the English countryside complete with rolling hills and lush, green open fields.

While this isn’t necessarily a big problem (unless of course you’re British), this little quirk is noticeable, even if it doesn’t detract much from the traditional cartoon Brit farmer who discovers a problem with farmland pests and attempts to remedy the situation with his oversized shotgun.

Beneath all that though, the film adapts the 39-year-old book in a charming and heartwarming way, bringing new life to the story that many know and love.