The death of Amy Winehouse takes The UrbanWire into a closer look at 27 Club, where its members all died at 27. 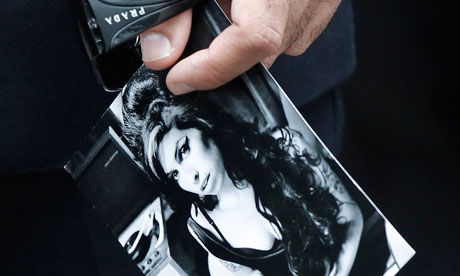 British singer-songwriter Amy Winehouse‘s death at 27 was, according to her mother Janis Winehouse, “only a matter of time,” said the Sunday Mirror.

But not only was it “a matter of time”. The 6-time Grammy Award winner’s unfortunate demise placed her in the notorious club of deceased people – the 27 Club.

Sometimes known as ‘Forever 27’, this unofficial club, with the likes of Janis Joplin and Kurt Cobain, categorizes people of fame and fortune who all share one thing in common – meeting untimely ends at 27 years of age.

The UrbanWire looks in closer detail 3 core members of this club.

“Death by misadventure” was the ruling by the coroners, after Brian Jones‘ demise on Jul 3, 1969. The multi-instrumentalist, who was credited for constantly revolutionizing the sounds of the Rolling Stones, with the use of folk instruments, like the tambura and sitar.

The Cheltenham-born Jones was found lying motionless at the bottom of the swimming pool at Cotchcord Farm, the former resident of ‘Winnie-the-Pooh‘ author A.A. Milne.

Although an autopsy found that his liver and heart were damaged by drug and alcohol addiction, it took 30 years before his then-girlfriend, Anna Wohlin, told in her book, ‘The Murder of Brian Jones’, that the Dean Close School alumnus had, in fact, been murdered by Frank Thorogood, a builder involved in the renovation of the house the couple lived in. It was also alleged that the builder confessed to the crime on his deathbed, but facts remained unverified.

Jim Morrison was best known as the voice of 4-man rock band The Doors and famed for having a knack for improvising poems onstage.

So good was he that he was ranked #47 on the Rolling Stone magazine’s 100 Greatest Singers of All Time.

However, the Florida-born Morisson’s career was rather short-lived. After 8 years with the band, his corpse was found in an apartment in Paris. No autopsy was conducted, but the cause of death was stated as ‘heart failure’.

Since then, Morisson has been compared to his friend Alan Wilson of blues band Canned Heat, who died a year earlier, also at 27.

Jimi Hendrix – The Greatest Guitarist Who Ever Lived

To many fans, Jimi Hendrix would have been remembered as “The Man who Killed the God of the Guitar”.

Such a statement was accorded to the founder of The Jimi Hendrix Experience after he, at a gig by Cream in London, requested to jam with Eric Clapton onstage, something seen back in 1966 as a brazen challenge to the man who was widely revered as the “God of the Guitar”.

Hendrix was later found dead in London, suffocated from his own vomit after mixing sleeping pills with wine.

The phenomena of dying famous at 27 has spurned many conspiracy theories, with many being unsure of their authenticity but there is a possible explanation for this – the Saturn return.

The claim is that at 27 years, the time it takes for Saturn to make one complete revolution around the Sun, the person ‘enters the next stage of life’, entering mature adulthood. Those who survive mature and continue their lives, while others may see the end at that point in time.

But one thing is for sure, those who died were afflicted with addiction to harmful substances. As Winehouse’s friend, comedian Russell Brand put, “Addiction is a serious disease; it will end with jail, mental institutions or death.”

That is certain, Russell. For now, it’s rest in peace, Amy Winehouse.