Round 2: Battle of the Contemporary Arts

The stakes are doubled at this year’s Asia Pacific Breweries Foundation Signature Art Prize, with 5 prizes up for grabs.

The grand prize of S$45,000 is what 15 contemporary artists from 14 Asian Pacific countries are vying for in the triennial Asia Pacific Breweries Foundation Signature Art Prize.

Selected by an elite panel from 130 works submitted by artists from 24 countries and territories in the region, the finalists’ works are diverse range of media – from monumental installations to larger-than-life video art. They was first presented at the Singapore Art Museum (SAM) during the opening ceremony on Nov 10, and members of the public could cast their votes over the span of 1 week. On Nov 17, the winners were announced at an awards ceremony.

The top prize of $45,000 – double that awarded at the first competition in 2008 – went to Rodel Tapaya of the Philippines for his stunning depiction of a labyrinth of native ancient folklore and myths. Entitled Baston ni Kabunian, Bilang Pero di Mabilang (Cane of Kabunian, numbered but cannot be counted), the piece’s vivid imagery took old tales of greedy men being punished and reinterpreted them with a modern-day effervescence – as a reminder of the importance of a strong moral fibre and a responsibility to society.

The stellar pieces made it a feat for the panel – made up of 5 art aficionados (all of whom are heads of internationally recognised art institutions or directors of similar exhibitions) ­– to select the ultimate winners. According to a statement by the judges, “extremely moving pieces” with excellent “concept and execution” scored more points.

The panel also presented the $10,000 Jurors’ Choice Awards to 3 impressive works for their “negotiation of cultural heritage and contemporary forms of expression”. The 1st award went to Daniel Crook from Australia for his single-channel video art Static No. 12 (seek stillness in movement), featuring the warped and elongated movements of an elderly man as he performed taichi (a branch of Chinese martial arts practised for its health benefits) in a park Crook often passes by. 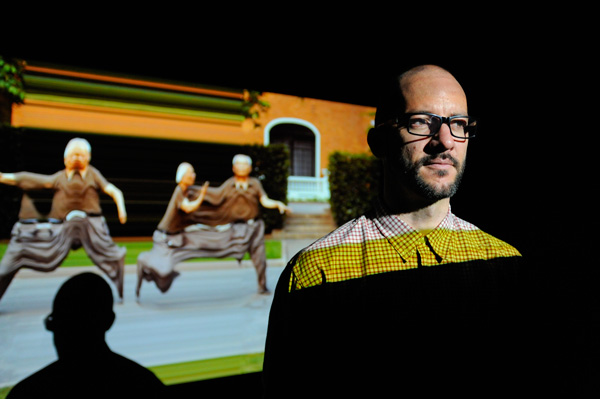 Sheba Chhachhi’s expansive installation The Water Diviner was the 2nd recipient of the prize, with an installation that featured a consolidation of media – heaps of books, light boxes depicting the ruined environments of Indian gods and deities, a map of Delhi, and still images of an elephant underwater projected on a screen.

The final Jurors’ Choice award went to Aida Makoto’s Where’s Wally?-esque painting, Ash Color Mountains. What initially appears to be a scenic view of misty mountains reveals, on closer inspection, faceless white-collar workers who have neglected their families due to work demands. Some playful touches have been added to this otherwise solemn painting of heaps of faceless bodies, though – see if you can spot the Disney character Wall-E! 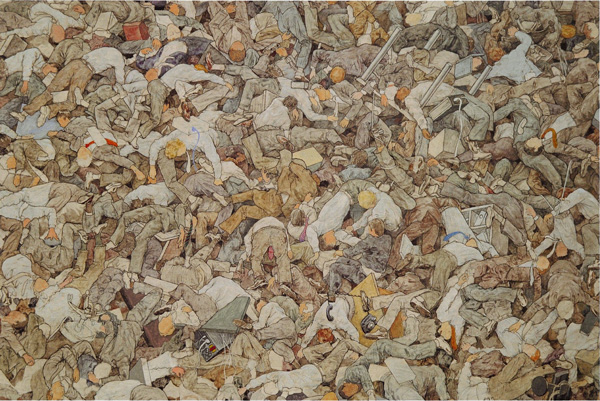 But it was local artist Michael Lee who won the hearts of the public and swept away the People’s Choice Award with his digital work Second-Hand City. This sequence of 8 prints captures architectural “spaces and margins”. Put simply, Lee seeks to expose the “failures like demolished, destroyed, collapsed buildings or haunted houses” in society that “give us a lot of clues on human desires.” 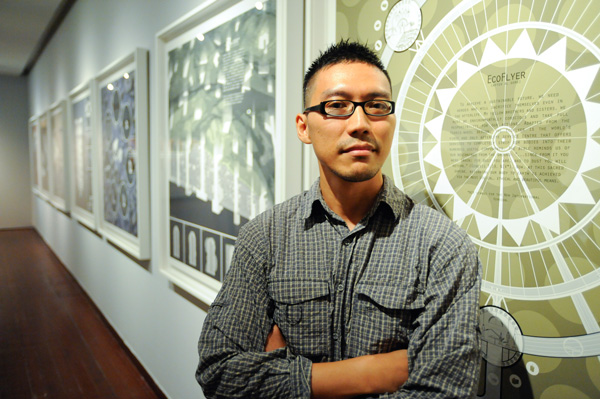 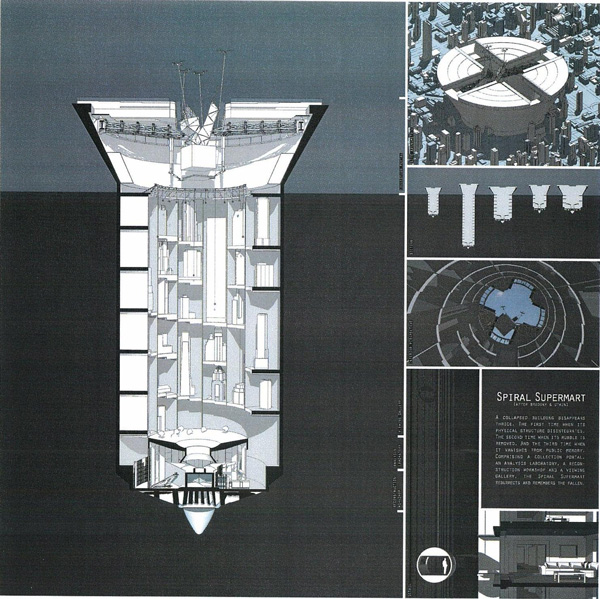 This year’s APB Signature Art Prize has certainly raised the bar for future participants. General Manager of APB Sarah Koh told The UrbanWire that the competition encourages “the growth of a vibrant arts scene in the region” by giving them a distinguished platform to present their works both locally and internationally.

From now until Mar 4, 2011, you can head down to the SAM to view the finalists’ works and participate in a line-up of programmes organised in conjunction with the APB Signature Art Prize, such as curatorial talks, artist talks, and guided talks that delve into the meaning and intention of each work.