Actress-singer Jesseca Liu and Reebok show how to get that smokin’ body while taking your dog on its daily walk.

Found yourself wondering why you were surrounded by a crowd of people walking their dogs at East Coast Park on Nov 5? Well, here’s the reason: The Reebok EasyTone Paw’er Walk. 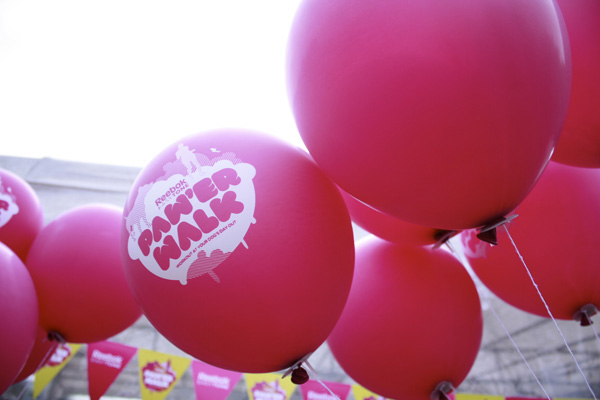 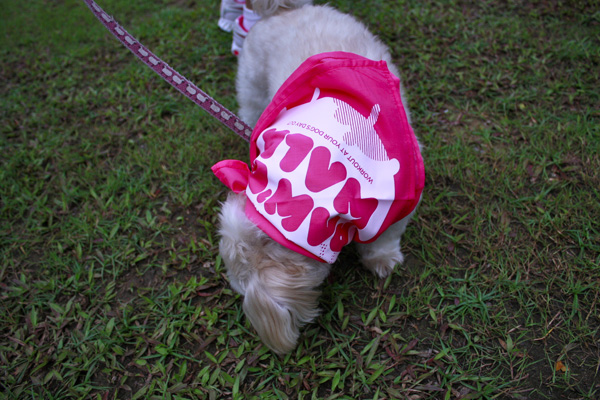 Originally intended as a girls-only workout while walking their dogs with Reebok’s new EasyTone collection, the walk was open to guys as well after organisers heard their pleas to be included.

300 owners and their pups streamed in at mid-afternoon to enjoy the activities Reebok had lined up for them. From temporary stores selling Reebok products to doggy treats to even a game of musical chairs for the canines, there were plenty of programmes for everyone. 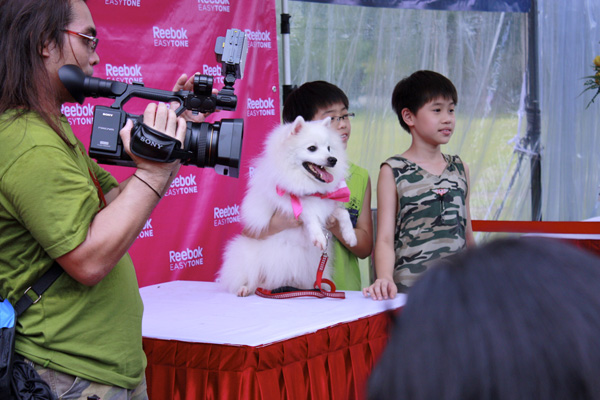 Owners and theirs pets showing some photobooth luvin’ 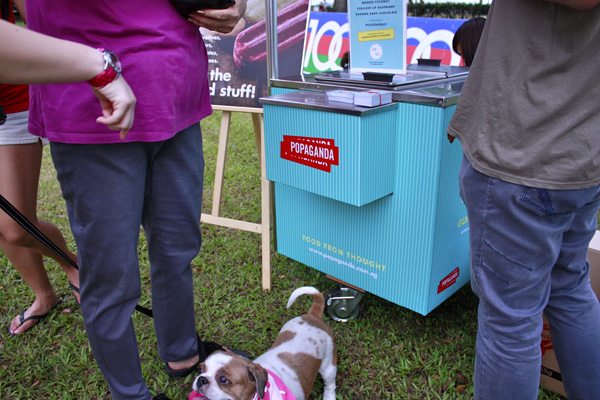 Some decided to head down to the photo booth to snap a couple of shots with their friends, family, or pooch as they waited for the event to officially start. Many sought relief from the blazing heat in Popoganda’s delicious popsicles. The frozen desserts company that prides itself on 100% natural popsicles also gave out a complimentary carrot, banana and flaxseed ice pop for pooches to owners who had purchased one for their own consumption. 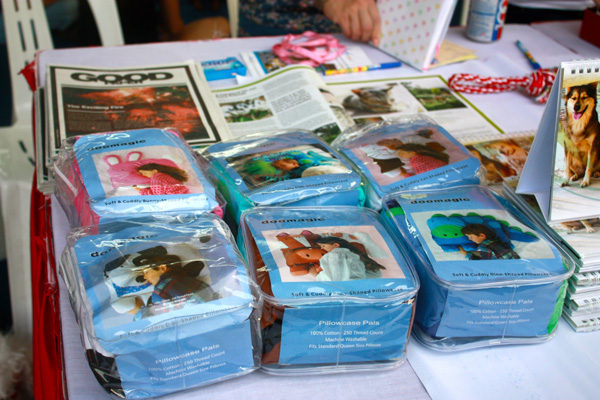 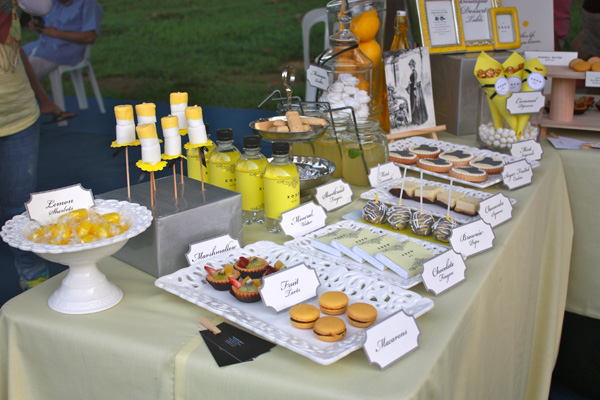 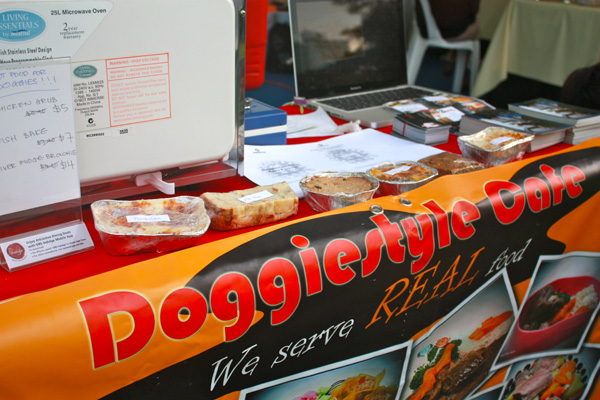 Other pop-up stores at the event included Noah’s Ark Natural Animal Sanctuary, which peddled merchandise to raise funds for rescued animals. For food, there was XOXO & Co. with delectable delights like macarons and chocolate-dipped marshmallows for humans, and mouth-watering meals from Doggiestyle Café. 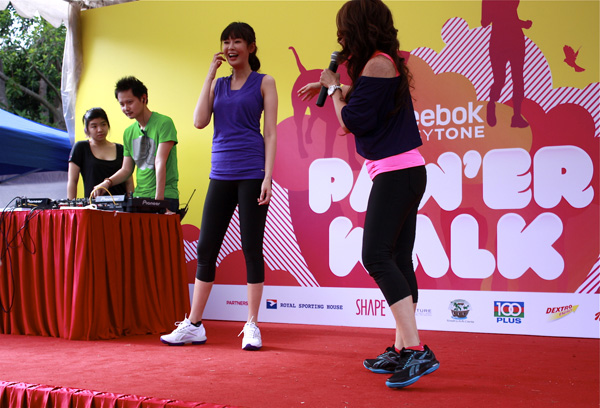 While most came down to spend a day out with their beloved canines, others were there because of local actress Jesseca Liu. Once named one of MediaCorp’s ‘Seven Princesses’, the Malaysian-born celebrity graced the event as Reebok’s EasyTone Ambassador. All decked out in threads from Reebok, she joined celebrity trainer Dee Dee in a warm-up exercise before kicking off the 1.2km walk. 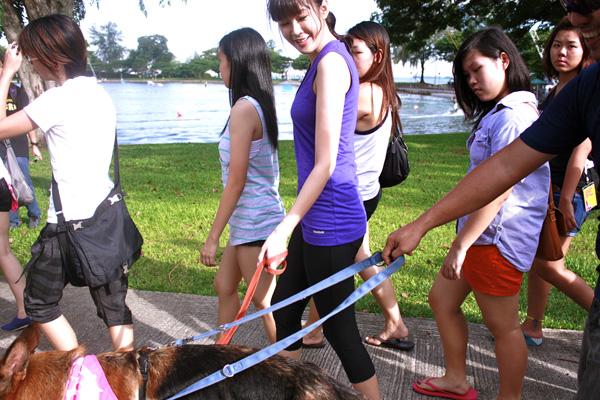 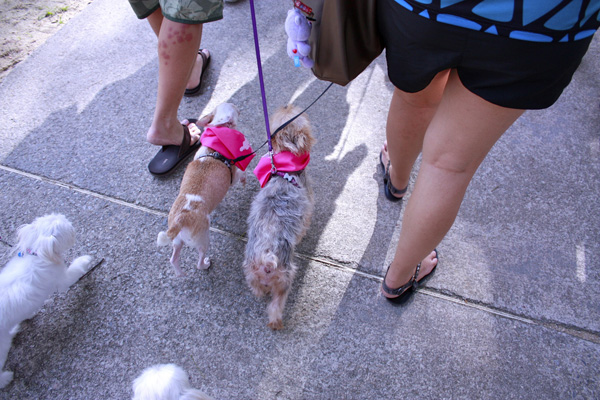 The lean doe-eyed starlet was all smiles throughout the walk. Holding a German Shepherd by the leash, Jesseca chatted with participants at the event. At one point, she even offered the pooch her portable mini-fan when he grew weary and started slowing down. When asked if she had a dog of her own, she said in Mandarin, “I used to have a dog but it died after being bitten by a snake.” 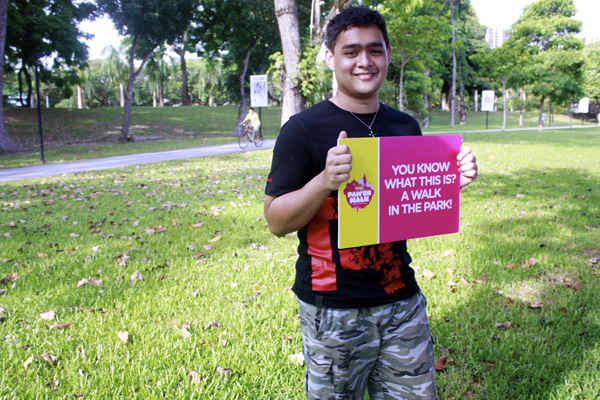 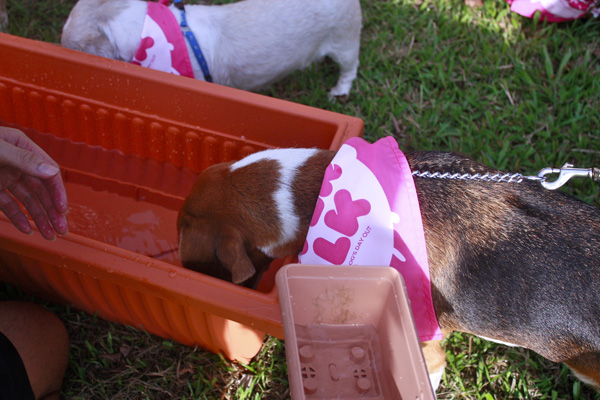 Event helpers were stationed along the route to make sure the pack stayed together and no one wandered off. There were also water points for thirsty dogs and their owners, of course. The 1.2km walk ended right back at the starting point but the fun-filled afternoon didn’t stop there.

Fun and games for everyone 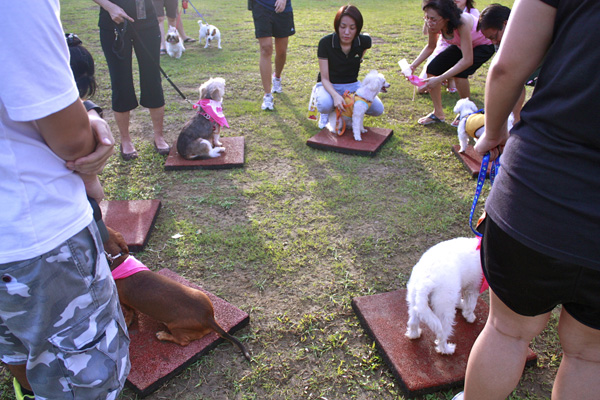 First up, it was musical chairs. The rules of doggy musical chairs were simple: owners led their dogs around in a circle and when the music stopped, the dogs had to step onto the platforms provided and sit down – with coaxing, if necessary, but no physical force on their little tushies was allowed. One by one the dogs were eliminated. It was adorable how some refused to budge even after being kicked out of the game because they had lost. Turns out dogs can be sore losers too.

Over at the frisbee section, dogs leaped into the air as trainers from K9 Kulture tossed the flying discs around. Not every dog was able to catch the discs. 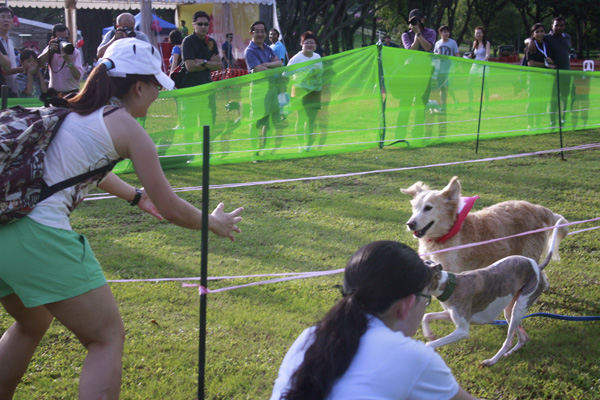 You could hear enthusiastic owners cajoling their pooches to run their fastest in the dog race nearby. There were a few “casualties” along the way, who simply looked dazed and confused when they were let off their leashes and kept glancing at their owners for directions. Then, there were those that sprinted toward the finishing line the moment the race started.

Later in the afternoon, many flocked to the store set up on-site in hopes of getting a photograph or autograph from the long-legged beauty Jesseca. 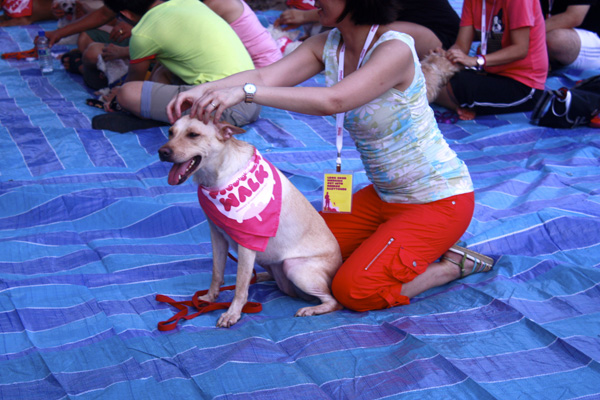 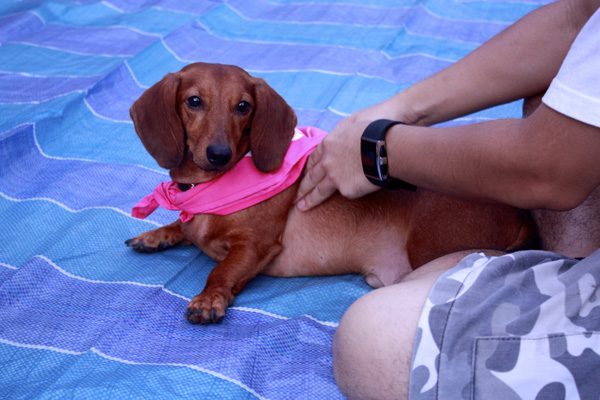 The last activity for the day was “Dog Yoga” or “Doga”, one that got lots of confused frowns initially. An unfamiliar concept to many, it’s supposed to help dogs find their inner peace and bond owners and their dogs. K9 Kulture trainers took to the stage to lead owners and their dogs in a session of “Doga”, which included relaxing stretches, neck massages, and a nice belly rub.

19-year-old Jason, a visual merchandiser for Adidas, commented, “The event was great. Doga was pretty interesting but I think the dogs were pretty tired from all the running around by then. My favourite activity was the doggy musical chairs. My dog was one of the stubborn ones who didn’t want to leave even after losing during the 3rd round. I really hope that Reebok comes up with another event like this in the future. Maybe at a location like Siloso Beach!”