A Patchwork of Musical Muses

Part of the Voilah! Festival, audiences were treated to an evening of eclectic music at the White Shoes & The Couples Company concert on Nov 8 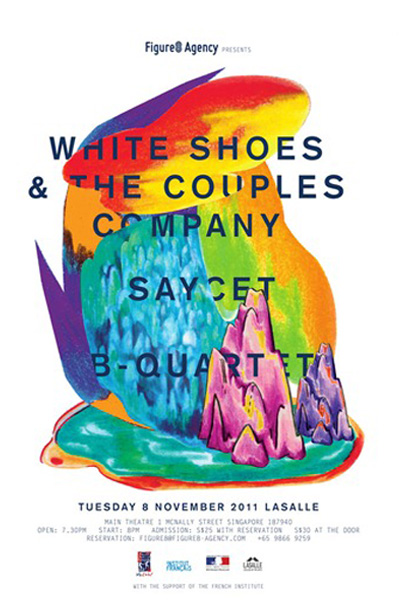 For Voilah! Festival, which introduces locals to the best France offers in spheres like food, music, film and fashion, the programme of Saycet, White Shoes & The Couples Company, and B-Quartet on Nov 8 was highly unusual.

Only the first group had any French connection, with the members hailing from there and Laos. The other 2 bands are from Indonesia and Singapore, and only perform in Bahasa Indonesia and English.

In fact, organiser Figure8 Agency, a promoter of Asian indie music, goes so far to say that they brought the 2 groups in as supporting acts to the Indonesian powerhouse White Shoes & the Couples Company (WSTCC), who will be performing again on Dec 3.

The other thing that led to the LaSalle College of the Arts being only a little more than half full was probably the mix of genres – electronica (Saycet), jazz and post-apocalyptic rock from B-Quartet, drawing different fans.

Still, if that was how they started, the 270 people who turned up soon found themselves excited by the mix, getting converted to new genres during the 3 hour long concert.

Opening with “Her Movie”, a track from their latest 2010 album Through the Window, Saycet churned out an eclectic mix of layered electronica, combined with vocalist Phoene Somsavath’s pure, angelic voice, on their brightly-lit keyboards. 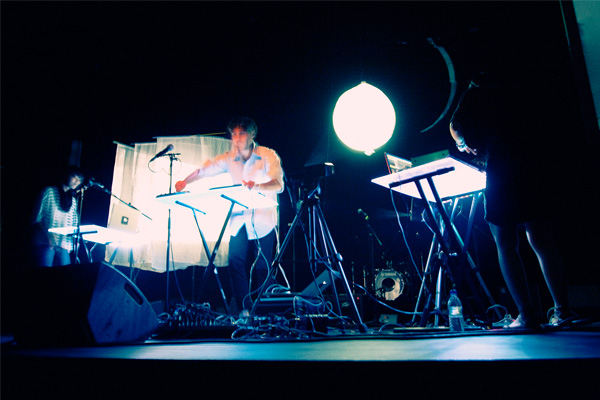 They performed songs from Parisian composer Pierre Lefeuvre’s successful solo album, One Day at Home, which was warmly praised in music magazines such as TRAX and Les Inrockuptibles. The experimental pop band transported the audience to a different realm with their contemplative, melancholic melodies, peppered with vocal samples that segued comfortably from each track to the next. 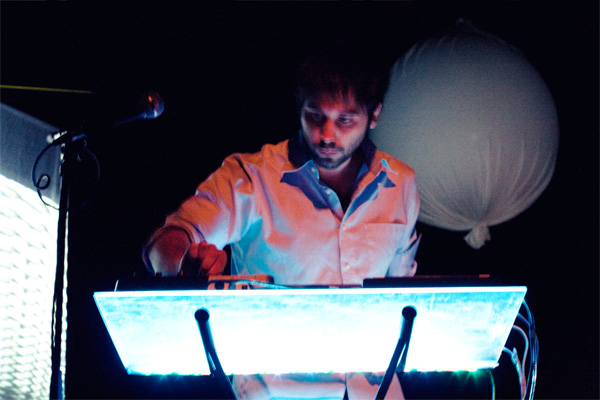 The audience’s initially polite applause swelled towards the band’s 8th track, intensifying along with their synthetic sounds and strong rhythms.

Supported by abstract, looping footage – featuring a faceless girl at one point and the lapping of waves at another – that was projected on sphere hanging from the ceiling and several projector screens, the performance was a visual as well as an aural treat. 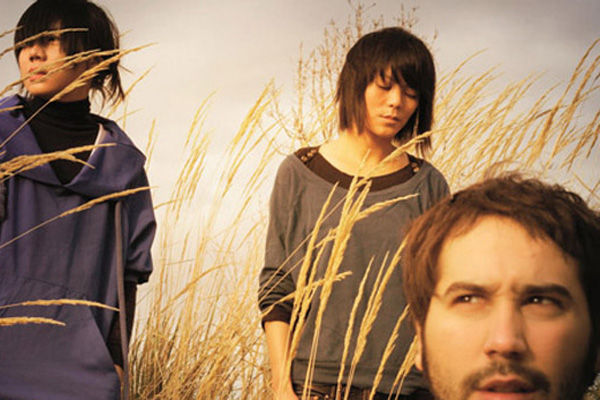 Definitely a band to watch despite being unfamiliar to most Singaporeans, the band’s finish with “Dream Factory” impressed many, with whistles joining the applause that rang in the theatre.

Taking the stage next was local indie rock band B-Quartet, who first broke onto the scene after winning the Yamaha Asian Beat band competition in 2002.

Since their 2005 debut EP The Smitten Bard, they’ve released a succession of albums such as Tomorrow is Our Permanent Address in 2008 and Conformity Has Replaced Consciousness in 2010. 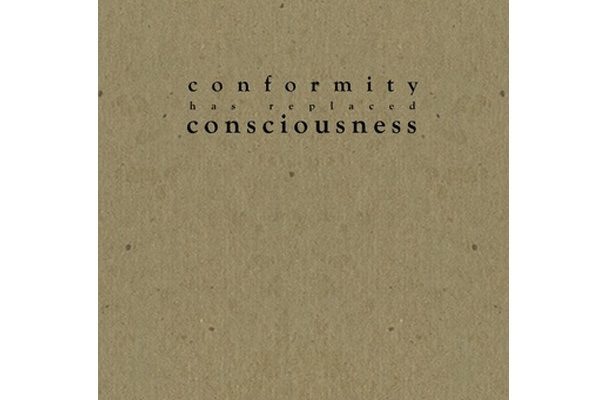 Fans of the rock ensemble streamed in before the 15-minute interval leading up to their performance, and were duly rewarded with favourites such as “A Dull Taste on My Tongue”, “Stupid Luxury” and “Kleptomaniac”.

After the 4th set, vocalist Bani Haykal remarked that this is was one of the moments when “you don’t want the set to end”, but confirmed rumours that the band would be taking an indefinite break from the stage.

However, Bani’s electrifying stage presence, along with B-Quartet’s no-holds-barred jamming, soon heated up the sombre atmosphere. Commanding cheers effortlessly with his banter, the barefooted musician’s eccentricity came as no surprise to fans, who responded with equal zest when he shouted “Hello?” at them. 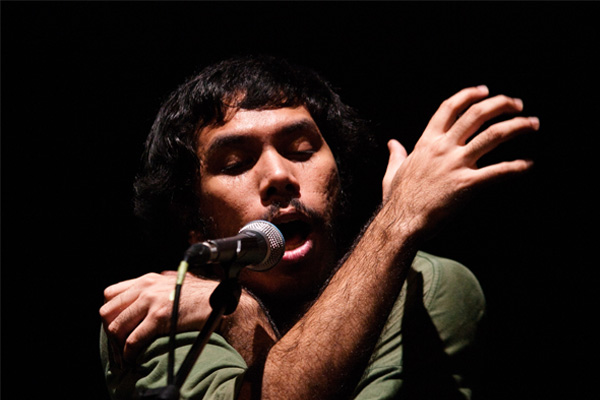 The band’s ability to meld genres is what distinguishes them from others in the local music scene. Fusing folk, jazz, and rock in their set, Yahoo’s praise of their music as “truly original in every sense of the word” is spot-on.

Earning a standing ovation and calls for an encore after their last song, the group will certainly be sorely missed. 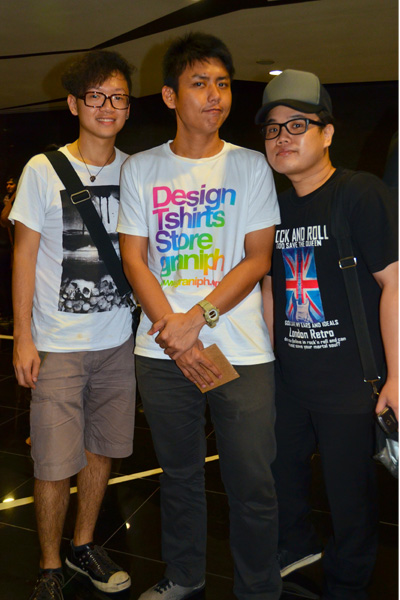 The main act of the night, WSTCC started out with just a couple – guitarist Yusmario “Rio” Farabi and lead singer Aprilia “Sari” Apsari – before they roped in fellow art student Saleh Hussein to play the electric guitar. 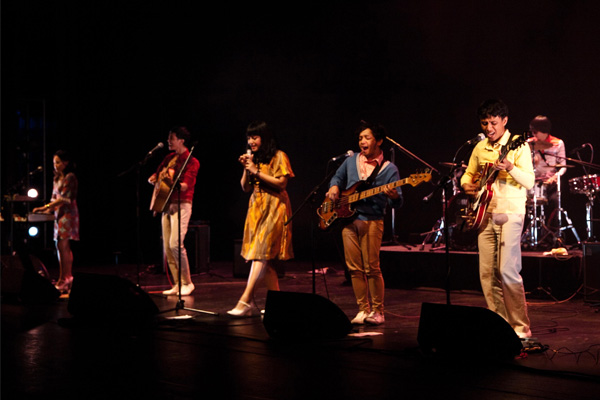 The infectious quality of their upbeat and catchy tunes was instantly apparent with their entrance. Onstage, all attention was on drummer Navid, who started off with a drum solo. Each member subsequently joined him and built on to the music. The last member to be revealed, Sari, then performed “Brother John”, flooding the theatre with retro nostalgia before ending with a rousing a cappella, “ba dub ba ba, ba dub ba ba…” 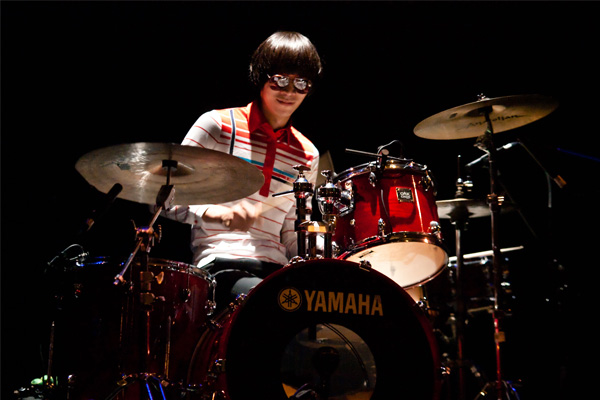 Drummer John Navid opens the show with a drum solo.

A refreshing spin on ‘30s jazz and Indonesian movie soundtracks of the ‘70s, they ventured beyond the shores of Indonesia when American label Minty Fresh Records re-released their debut album in the States in Oct 2007. Currently distributed in America, Canada, Australia, Mexico, and Japan, they look set for world domination, with Rolling Stone crowning them “one of the best bands on Myspace” in 2007.

As the night grew deeper, Sari unleashed the inner dancer within as she grooved and snapped her fingers to the music. 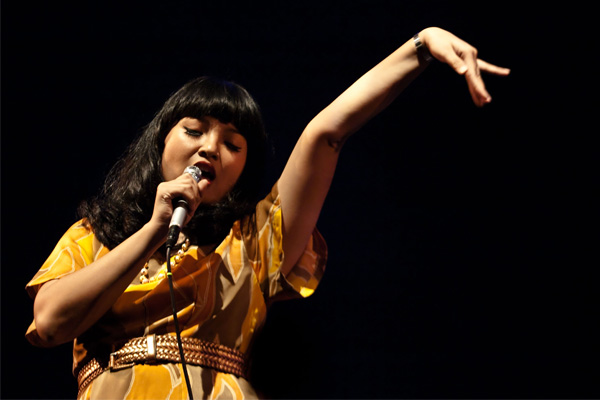 The audience’s favourite had to be “Aksi Kucing” (literally “Action Cat”). The regular high-pitched meows throughout the number saw the audience chiming in with feline cries of their own.

“Vakansi”, a track from their Sep 2011 release Album Vakansi, closed the spectacularly diverse concert on a high.

“I just heard 1 or 2 songs from them, but I’m turning into a fan right now,” gushed newly converted fan, Noorhayati, 30.

Clearly, that sentiment was shared with the other concertgoers who swarmed WSTCC after the concert. The band will be playing at the UpToTheSky Festival on Dec 3, along with an international line-up of indie bands like Deerhoof (America), Chad Valley (UK), Orange Grass (Taiwan) and more.