Who doesn’t love the humorous and talented gang of The Noose? Iris Koh drops by The Noose Insider Workshop with Mediacorp Channel 5 and the Singapore Media Academy, where the cast turned up for an afternoon chat with the course’s participants. 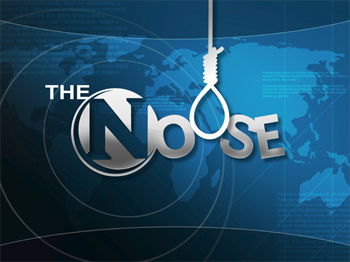 Since the infamous MediaCorp Channel 5 news parody series The Noose burst onto local screens in 2007, Singapore’s TV industry has never been the same again.

Spoofing hotly debated topics with controversial characters, the show’s boundary-pushing humour was irresistible – and the cast has done it all, and got away with it with Singaporeans and even international audiences.

The Noose is back!

With 13 episodes planned for The Noose’snew, 5th season (the 1st episode’s a 1-hour special), audiences can look forward to being tickled even more, with new characters such as Thai correspondent Pornsak Sukhumvit (played by Chua En Lai)!

Riding the wave of the series’ popularity, the Singapore Media Academy (SMA) and MediaCorp Channel 5 have come together to organise a workshop for fans, as well as people interested in writing their own comedy programmes.

This 1st edition of The Noose Insider Workshop was held over 4 days (Dec 3, 4, 6, and 10), where MediaCorp senior writer Prem Anand and senior producers Tan Ing How and Sebastian Leang led participants through the different aspects of producing and scripting, as well as a tour of the studio. 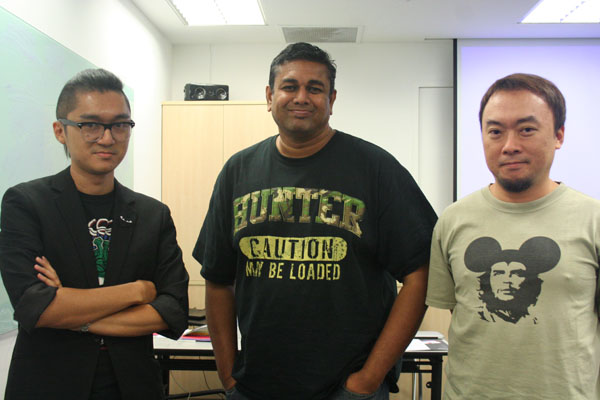 The UrbanWire dropped by the event to soak up the atmosphere, where Michelle Chong, Alaric Tay and Chua En Lai, the infamous trio of The Noose cast, stopped by for an afternoon chat with the participants.

1) Of all the characters you’ve played so far, who’s your favourite?

En Lai: Pornsak Sukhumvit is my new favorite! I almost spat out my coffee when the “sabai” song came on [during the part where I had to pole dance in the trailer for Season 5]! It was added after the recording!

Alaric: My favorite is definitely Nicholas Le Fong. I’ve got a bit of him in me, a bit of uncle [Singaporean term for an archetypical middle-aged man]. He’s very fun to play as he can say anything and complain a lot because he’s a taxi driver, and he can be a very fatherly figure as well. He’s multi-talented! And Andre Chicak is so famous that people call me Chicak more than Alaric…

Michelle: I don’t have one because they’re like my children. I can’t have a favorite!

2) Why does Andre Chichak have a streak of white hair?

Alaric: I wanted it! I have a friend who’s a year older than me, and he’s got this perpetual white patch on his head that moves! I find that really cute! So I decided I wanted something like that, but I didn’t want a patch as I thought it would be easier to do a line. But I was wrong because you have to find the brush of the right size for that line! (laugh)

3) How do you get yourself psyched up for a character?

Michelle: Take lots of drugs! (laugh) I’m very close to some of these characters, so I don’t really have to do a lot of work. But for other characters from Channel 8 variety shows, impersonating actresses like Zhang Ziyi and Fann Wong – those people are real, so since everybody knows them, I have to go online and check out their videos and observe how they talk, their pitch and tone, etc.

Alaric: There’s a button to press! Just press the button for the character! (laugh) The Noose is a fast-paced production so we’re forced to think through our characters very quickly.

4) Do you observe your domestic helper when acting as Leticia Bongnino?

Michelle: No, I don’t! (laugh) Leticia came way before I got my domestic helper a few months ago. Things got busy when I made my movie (Already Famous) so that’s when I needed a domestic helper. 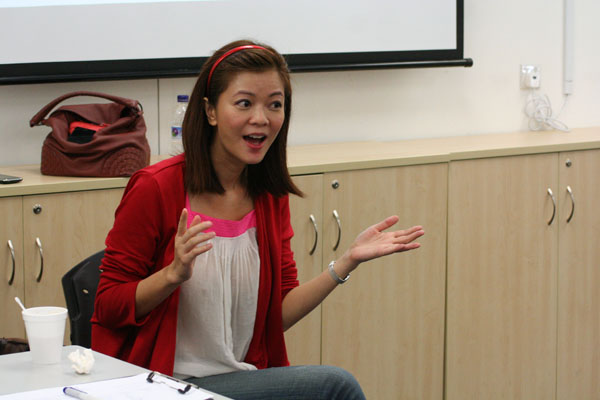 5) Do you get into trouble for portraying foreign characters like Leticia Bongnino, or faking a foreign accent like BB See?

Michelle: No, no, no! This is a very funny thing! The Filipinos love me! I mean, they’re really nice people, they embrace that [Leticia is a representation of them]. They don’t see it as if I’m making fun of them and I think some of them like it when we put them on the big screen. The domestic helpers always want to have a picture with me and they never get angry!

En Lai: At the gala dinner for the Emmy Awards, the foreigners found it funny that we’re speaking like them!

Alaric: For these foreigners who watched the final video, they saw the studio scene with BB See and Adrianna, and it cuts to Jacques, and he goes “Bonjour!” and that’s the fun part where everybody laughed! I think our humour can cross borders!

6) How do you fake an accent for a particular role?

En Lai: French is a different language and I immediately called my friend’s French teacher in NUS to help with the characters. I have friends from Thailand and when I hang out with them, I observe how they speak.

Michelle: I don’t try to, because when I put on a wig or make-up, and then I wear the dress, I try to get into a certain mode. So I really don’t like it when people ask me to “do your Barbarella mode, do your Leticia accent”. It’s not that I can’t, but I feel that it’s not the craft of these characters. I guess it’s only once I’m in that get-up.

7) Do you find that your characters become stagnant over the season, unlike movie series like Harry Potter, where the characters grow in each series?

Alaric: I guess for Andre Chichak, he’s a reporter so he does the reporting of the story. He’s not reporting on his own life, but we do have a bit of background story for each character. In 2007 when he started out on The Noose, he was 18 so he’s supposed to have gone through National Service by now! (laughs) But it doesn’t quite make sense to tell all this to people onscreen. 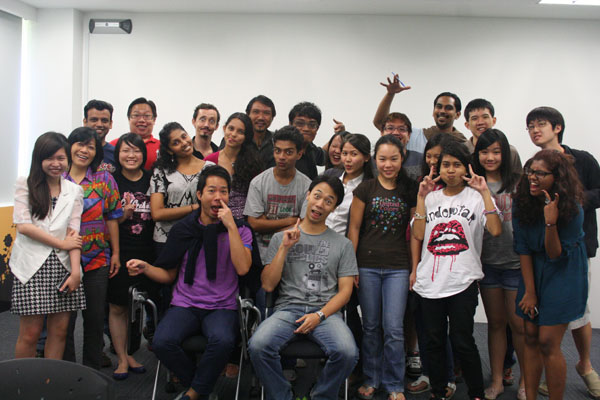 Consisting of actress-turned-director Michelle Chong, Police and Thief actor Suhaimi Yusof, local comedian Chua En Lai, and funnyman Alaric Tay, the Noose’s cast takes on the personas of newscasters, security guards, taxi drivers, and even domestic helpers to spin “noose” bulletins spoofing current affairs and issues close to the hearts of Singaporeans, such as the opening of 2 casinos and the 2011 General Election, to fill in as new bulletins for the show.

Having been around for 4 seasons, the show is now a national icon, spurring hot discussions online and elsewhere in response to every episode. Widely known to Singaporean and international audiences for its self-deprecating humour, The Noose has won awards from the Asian Television (ATV) Awards, among others.

The Noose is back for its 5th season, with new characters and more outrageous and inaccurate noose to tell! Premieres 27 Dec, Tuesdays on 8.30pm on Channel 5.