UNIQLO Makes It Bigger and Better at Bugis+

UNIQLO’s largest store opening at Bugis+ on June 8 is just the beginning of the brand’s exciting plans for Singapore.

MediaCorp TV artistes like Rui En and Dai Yang Tian, were among 500 shoppers who walked out of the new UNIQLO at Bugis+ with big smiles and even bigger shopping bags after the opening preview on June 8. The store, occupying 20,000 square feet of space that was previously known as Illuma, is not only UNIQLO’s biggest outlet in Singapore, but also its first street-level store here. 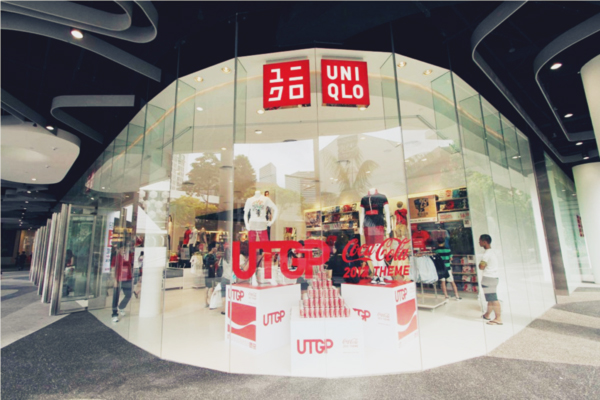 UrbanWire was lucky enough to get the exclusive tour of the double-storey outlet before anyone else.

We had a tricky time remaining calm and keeping our inclinations to shop in check as we wandered past the seemingly endless racks of colour coded basic essentials that the Japanese brand is famous for.

Staying true to its tagline of ‘Made For All’, their new quirky UT collections will equally delight both the lads and the ladies. UrbanWire’s favouriteshave to be the UT Grand Prix Coca Cola and Barbie tees that were exclusively launched for the store’s opening. 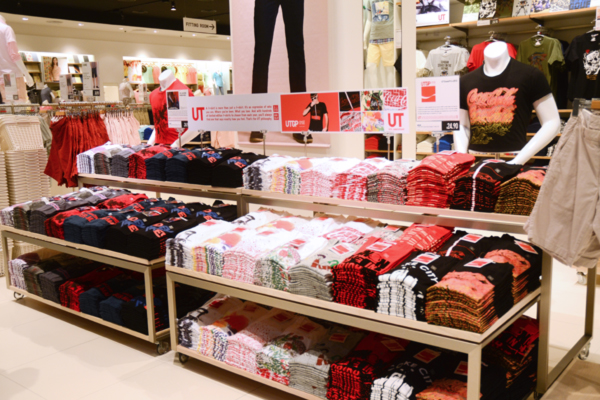 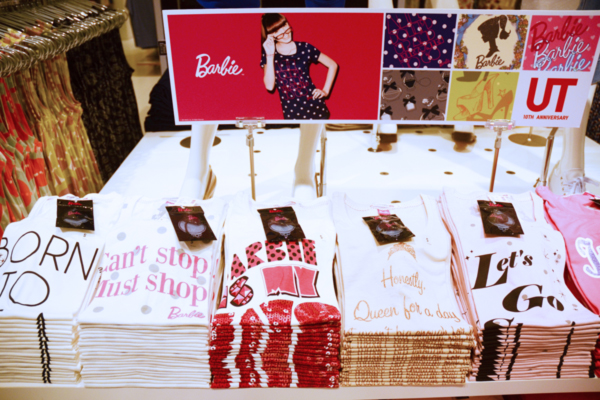 Guys will be pleased to know that the brand has dedicated a larger floor area for you in this outlet, devoting the second floor solely to menswear.

With UNIQLO being voted as the favourite fashion brand at this year’s m:idea Youth Choice Awards, Managing Director of UNIQLO Singapore, Satoshi Onoguchi, tells UrbanWire that they hope to attract more youths with the outlet’s strategic location at the Bugis area, it being a popular shopping destination for locals and tourists alike. 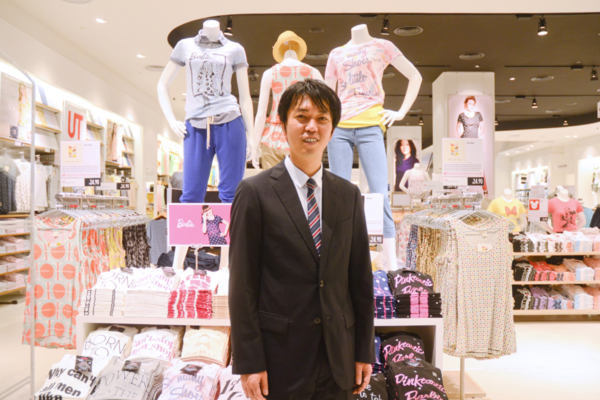 The popularity of UNIQLO among youths is of no surprise, given the uncompromising quality of the clothes offered at affordable prices, and most importantly, their impeccable customer service.

As the 40-strong staff trooped down the indoor escalators and prepared for the shopping frenzy that was to come, UrbanWire headed back out to join the rest at the official party held outside the store.

Host for the night, Anita Kapoor, got everyone hyped up while Jack and Rai and The Next Movement provided the entertainment for the night and performed crowd favourites such as “Teenage Dream” by Katy Perry. 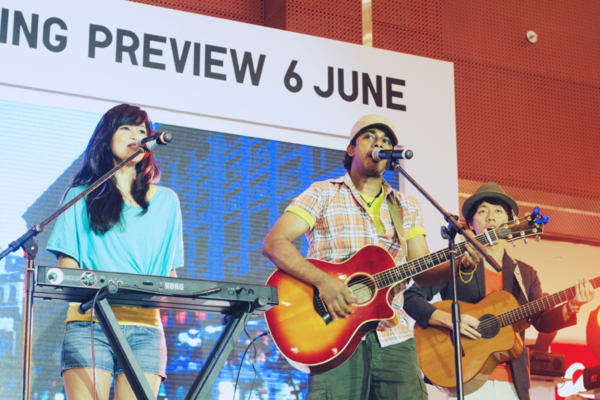 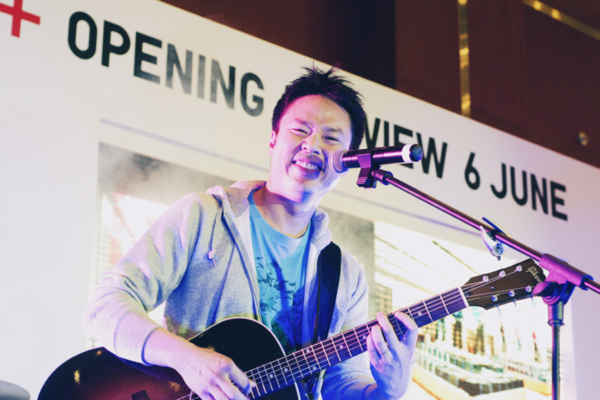 Jack, one half of the brilliant, local musical duo, Jack and Rai.

Popular MediaCorp artistes such as Qi Yuwu and Joanne Peh also made guest appearances and showed us how to rock UNIQLO clothes. 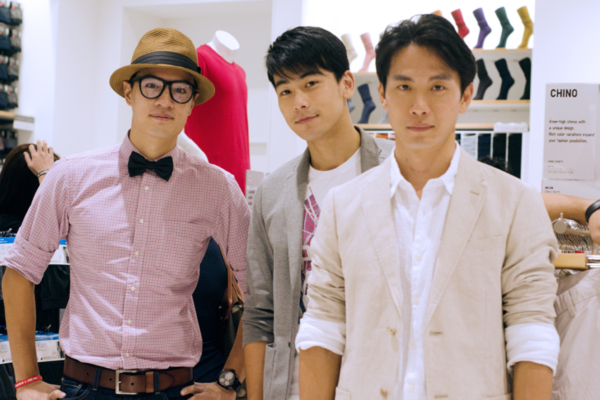 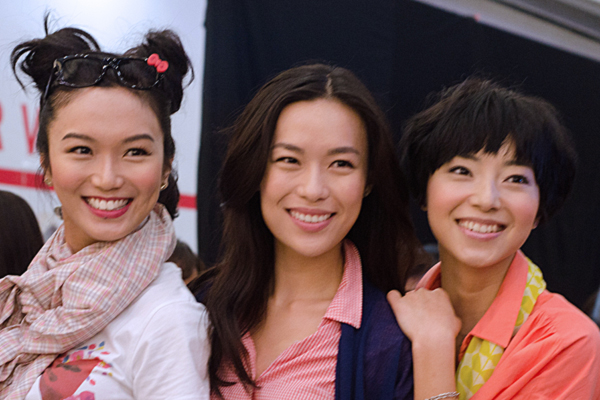 Wykidd Song, a local designer, commented on how easy it is to mix and match the separates to form a cohesive outfit that would best represent their individual style. That’s exactly what Trey Wong, the celebrities’ stylist for the event, did.

Wong said, “Joanne Peh wore the brand’s ‘Hello Kitty’ tee shirt and we decided to do something fun with her hairstyle” to match the cute ensemble. 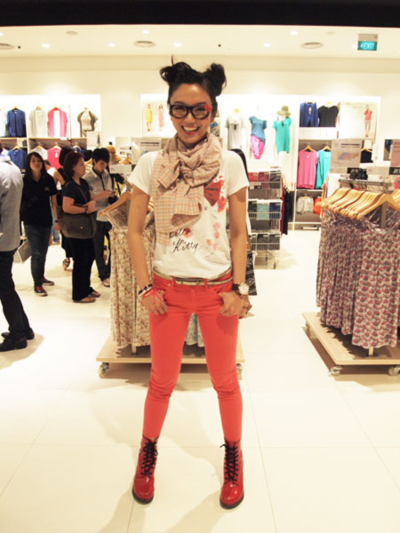 Rebecca Lim, UNIQLO’s brand ambassador, gushed about how the brand fits her personal casual style perfectly with its array of comfortable clothing that can be easily mixed and matched. 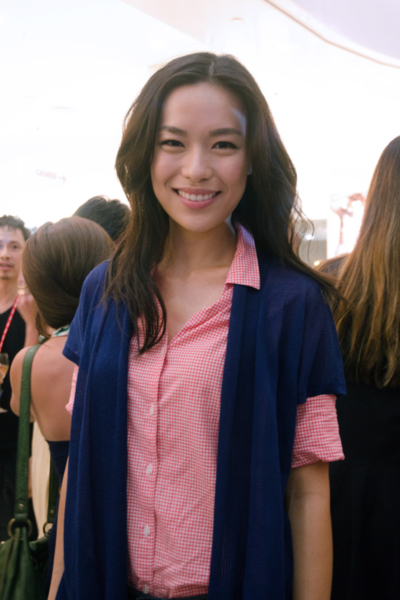 Other UNIQLO fans also showed up donned in the brand apparel, like 19-year-old student Delicia Wong, who wore its crisp and well-tailored white shirt and pants. 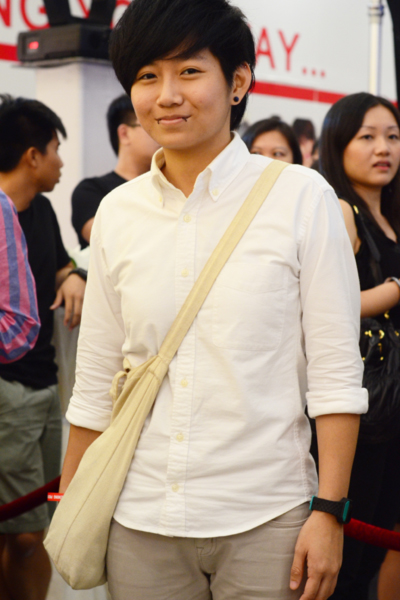 She and all the other guests could be doubly thankful that night as everyone received a $50 voucher and the privilege to be the first to shop at UNIQLO’s largest outlet. 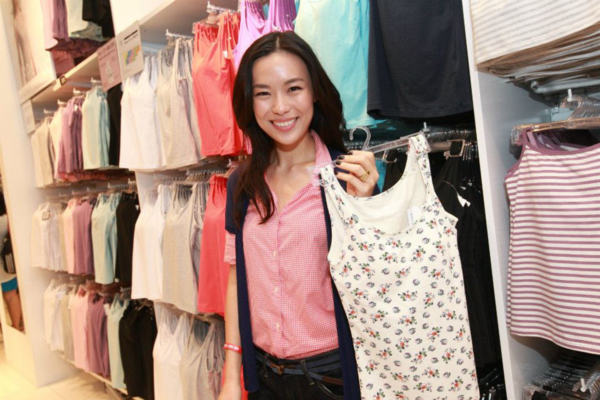 Even stars like Rebecca Lim joined the shopping frenzy. 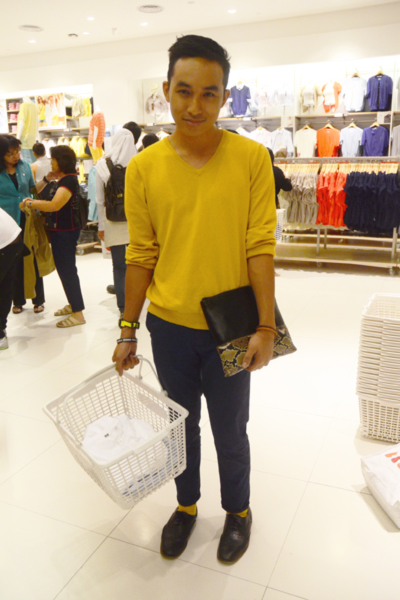 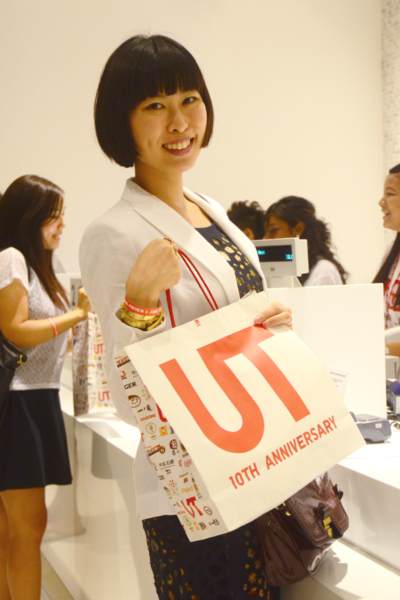 The store opening at Bugis+ is just the start of the new exciting plans that UNIQLO has lined up for Singapore.

Satoshi tells UrbanWire that the brand is aiming to open a global flagship store similar to the outlet at New York’s 5th Avenue, in Singapore. Although he did not disclose the launch date, he said that it will be as soon as possible. 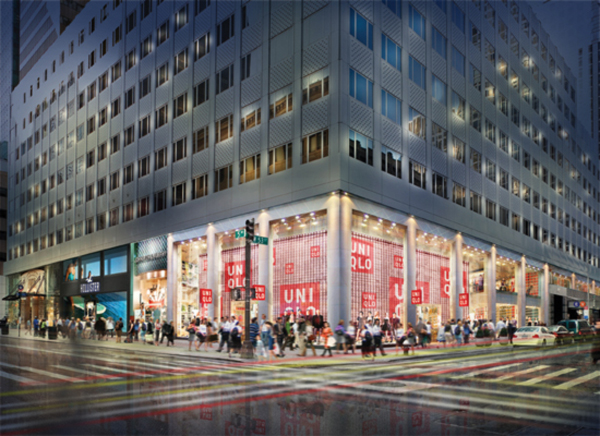 To date, there are 8 other global flagship stores in major cities, like London, Paris and Osaka. These stores usually boast an extensive range of products and innovative interior designs.

If plans go through, Singapore will be the first South East Asian country to have a global flagship store.

UNIQLO hasn’t slowed down since UrbanWire firstreported on its launch in Singapore back in 2008, and it’s well on its way to making things bigger and better for all.

After that, the normal operating hours will be from 11am to 10pm.

Current promotions exclusive only to UNIQLO Bugis+ are denim jeans for men and women at $19.90 a pair, while stocks last.

Check out the video below for a quick peek at the new UNIQLO store!