William Beckett, Back to Being Solo

William Beckett sheds the front man persona that his fans are used to and gets real.

How many singers can bear to give up their band’s glory days to pursue a lone career in music? The last time William Beckett made waves in the music scene was back in 2009 when his band, The Academy Is… (TAI) put out their swan song, “Lost In Pacific Time”. 3 years later, Beckett has struck out on his own with a new tour in support of his debut EP: Walk The Talk. 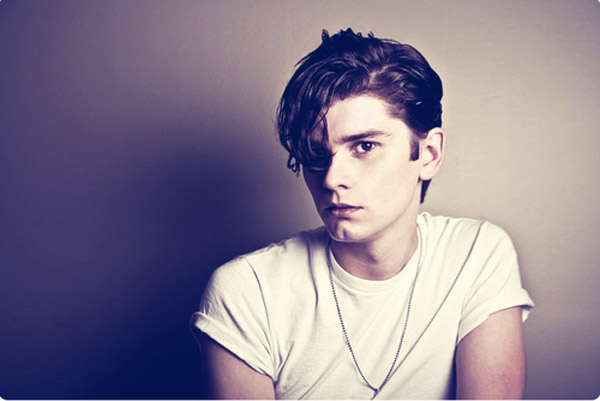 “For this first time back after some time, I really want to embrace the intimate setting of a smaller venue and let people see a different side of me,” Beckett told UrbanWire in an exclusive interview.

While on the Asian leg of his tour, the charismatic 27-year-old stopped by our shores for a gig held fittingly at the Arts House Play Den. This is Beckett’s second visit to Singapore; his first was back in 2007 for the international music festival, SINGfest, in which his band formed part of the line up. 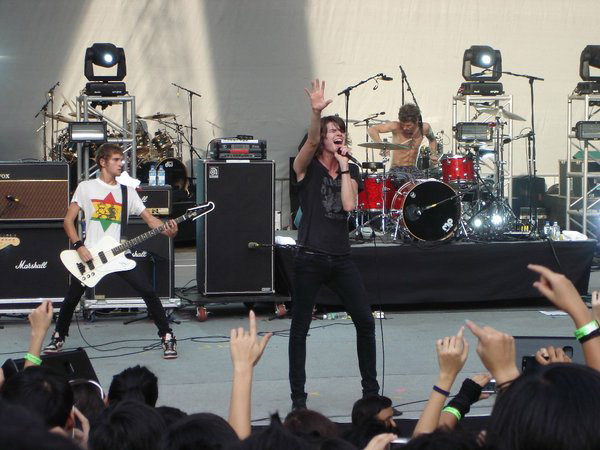 Beckett performing with The Academy Is... at SINGFest 2007.

The former lead singer of the now-defunct pop rock outfit is right back where he started, performing at smaller, cosier venues on his all-acoustic solo tour.

As promised, the 150-strong crowd – mostly consisting of teenage girls – was able to share an up-close-and-personal experience with the real William Beckett “beyond the Moves Like Jagger guy that I was with the band,” he said in an interview with Boston radio station, WERS 88.9 fm.

“In a lot of ways, it very much feels like I’ve come full circle. I’m back to my roots. Back to where and why I started playing music in the first place,” he shared with UrbanWire.

The set up on stage was intimate with only a wooden chair for Beckett’s MacBook to sit on, his pair of guitars, a mic and a lamp. In fact, it felt like his living room, and his fans present were his guests. Despite arriving at his own party an hour late, because of technical glitches during the sound check, the Chicago native won the hearts of the audience with his candid, unassuming demeanor.

When technical issues emerged yet again, disrupting the opening number, he joked, “This kind of ruins the suspenseful mood I was going for.” Beckett then cheekily requested for “mood lights” and proceeded to re-enact the opening of the show. He sauntered on stage with a wine glass, took a swig, then strapped on his guitar; the exclusive evening with William Beckett had officially begun. 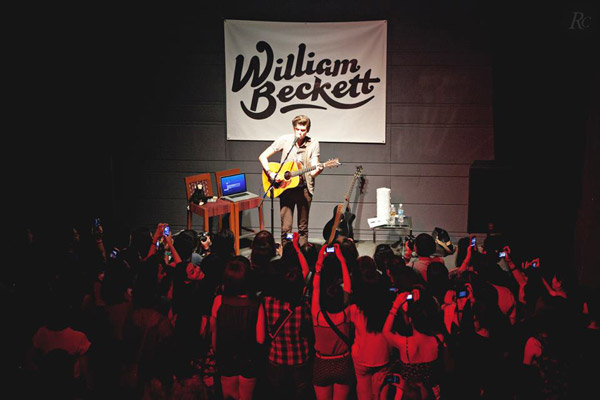 Kicking things off with a cover of Irish singer/songwriter Damien Rice’s “Elephant”, Beckett was quick to prove that he had not yet lost his spark as a performer. Regardless of the fact that most of the crowd was unfamiliar with this number, they clung to every word, sung by the charming man of the hour. 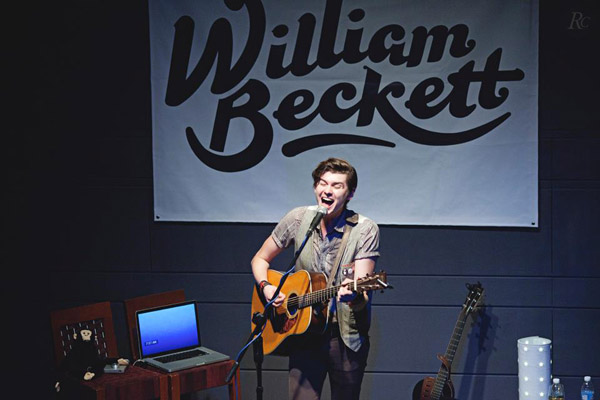 “This is a nice little hang-out, I’m really happy,” said Beckett after ending off the next song, an unreleased track called “You & I Against The World”. “We’re really happy!” replied the crowd, in unison. Easy back-and-forth banter followed between the personable Beckett and the excited audience throughout the night. Sharing stories and cracking jokes, Beckett greeted the audience with the familiarity of an old friend.

The soulful singer switched guitars to a black one, affectionately named “Black Widow” and performed his new EP, “Walk The Talk” in its entirety, starting with the lead single, “Compromising Me”, a catchy kiss-off to his former label, Fueled by Ramen. 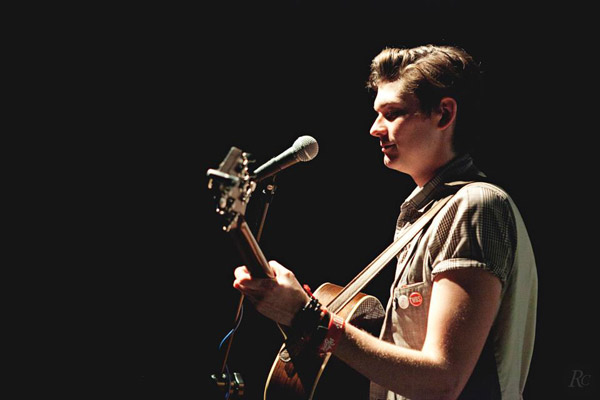 Next on the repertoire was an infectious tune, “Girl You Shoulda Been A Drummer”, which made the crowd put on their dancing shoes.  It’s hard not to get sucked into the fun and energy that exuberates so naturally from the seasoned performer.

Changing things up a bit, Beckett slowed things down with the sentimental track, “You Never Give Up”. “This is essentially an ode to those who have always been there for me,” he told UrbanWire. “From my family, my close friends, to my fans, its a reminder that no matter how alone you feel at certain points in life, you aren’t alone.” 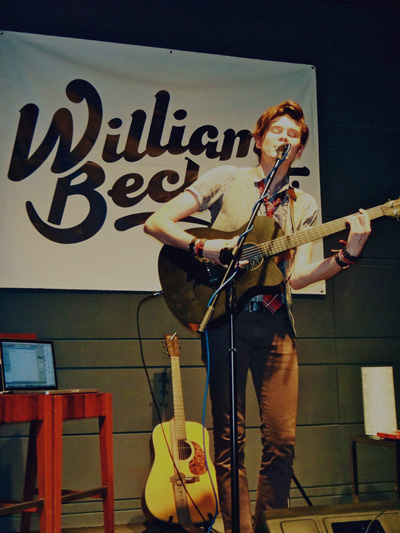 The second half of the set was set in motion with Beckett blasting Rick Astley’s classic “Never Gonna Give You Up”. Needless to say, the crowd was taken by surprise, with laughter erupting all around. After all, how many people can say they got Rickrolled by William Beckett?

Upon a request of one of the fans, the lanky musician does an impromptu cover of alternative rock band, Death Cab For Cutie’s “Marching Bands Of Manhattan”. Considering it’s been 3 years since he’s covered this song while on tour, Beckett delivered an utterly captivating performance, skillfully playing the chords from memory. 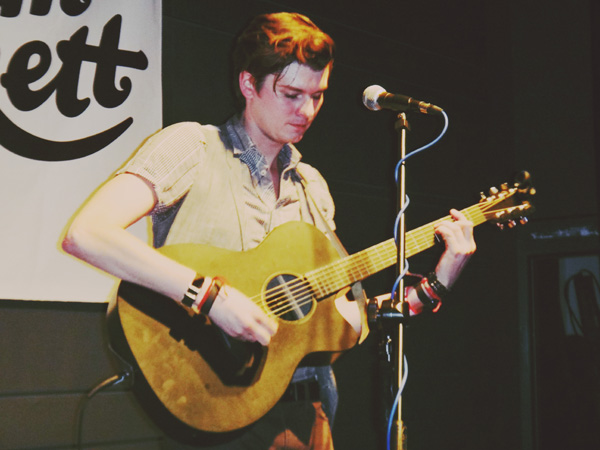 Fans were then treated to a stroll down memory lane as Beckett launched into a mix of old and new TAI classics such as, the sweeping ballad – and UrbanWire’s personal favourite – “Everything We Had”. “I’ll be with you wherever you go/ through the eyes of a fly on the wall,” croons Beckett, along with 150 other resounding voices.  Tunes such as “Down and Out” and “Attention!” from TAI’s first full-length studio album “Almost Here”, wring a sigh of nostalgia through fans when they were performed. Owing to Beckett’s staple vocals that don’t disappoint, the songs sounded just as brilliant stripped down.

The singer with boyish good looks capped off the 2-hour-long set with an upbeat track, “Great Night” that’s featured in his next EP coming out in July. Referring to the EP, Beckett tells the audience, “It picks up where the first one leaves off… it gets darker.”

The night didn’t end there – after the gig was a meet-and-greet session with Beckett, much to the delight of the fans. Despite surviving on close to no sleep, the down-to-earth singer stayed for two hours instead of the scheduled 45 minutes, just so he could meet and chat with every single person that came down to support him. 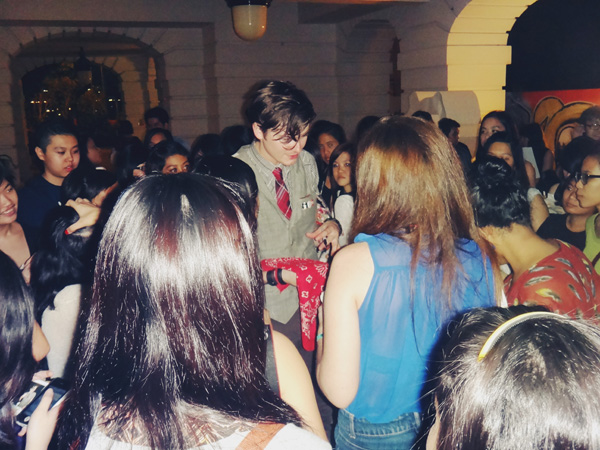 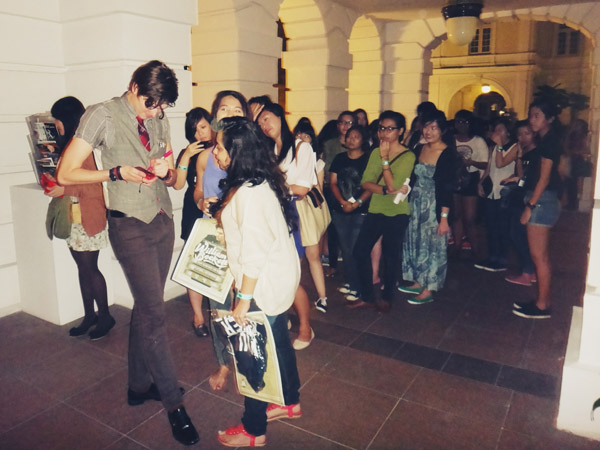 First-time concert-goer, Celine Ong is a devoted fan who’s been inspired by Beckett and his music. The 16-year-old, who’s diagnosed with spinal muscular atrophy, had meticulously hand-drawn a portrait of her favourite singer. 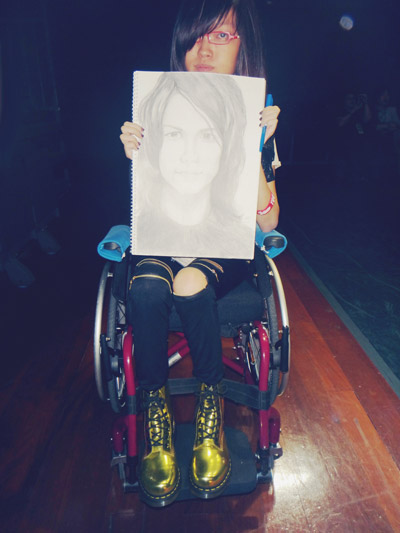 She got the opportunity to chat with the singer during his soundcheck, where he graciously thanked her and praised her effort for the masterpiece.

It’s clear that Beckett appreciates his fans as much as they do him, thanking the crowd multiple times for coming down for the show. It’s refreshing to see that despite all the attention, he still remains your genuine guy-next-door.

If last night’s gig was of any indication, Beckett’s got his feet planted firmly on the ground and seems happy with this new direction in which his career’s headed. “I am thrilled to have the control to see my vision through and focus on following my instincts,” he shared.

“Having the freedom now to do whatever I want and experiment a little with release schedules, I thought it’d be more exciting from a fan perspective to release music more often,” he explained to UrbanWireabout his decision to release 3 separate EPs across the year, instead of one full-length record. “If you collect all 3, you have the whole story.” 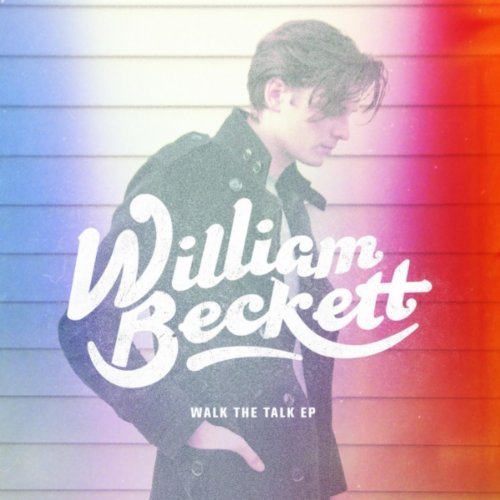 Well, we’re just as excited to see what you’ve got in store of us in the months to come!

For fans who missed the intimate session with Beckett, fret not!

Save the date: William Beckett’s Stageit performance coming up this week, Jun 22. Pay what you wish to enjoy a live online performance by Beckett in the comfort of your own home.