UrbanWire sees the 15-year-old prodigy slowly taking charge of his own life.

Having performed in 9 different countries in the past 9 months, the punishing pace of his work must have been a strain on any teenager. But Greyson Chance is nothing like any 15-year-old.

Speaking with conviction, he says, “I don’t want free time, I love what I do. I don’t want to be sitting at home playing video games and I want to be out (in Singapore) promoting my record. That means more to me than anything else.”

The American singer returns to Singapore after his first interview with UrbanWire 2 years ago for the recording of his MTV Unplugged Sessions.

Ambitions growing quickly alongside his physical appearance (you can tell he’s already in the midst of puberty), Greyson has since released a studio album, Hold On ‘Til the Night and an EP, Truth Be Told, Part 1. 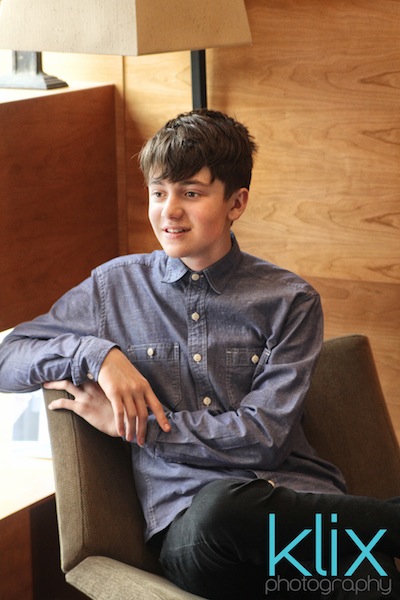 Clad in a light blue chambray button-down shirt, black jeans, and brown high cut boots, he excitedly greets everyone at his press interview at Movenpick Heritage Hotel Sentosa on Nov 8 before sliding comfortably into his seat. The boyish yet charismatic grin that has captured the hearts of countless teenage girls never leaves his face in the 10 minutes he’s chatting with us..

He may have had a huge leap in his career at 13, since his first famous appearance on The Ellen Degeneres Show after the amazing discovery of his cover of Lady Gaga’s “Paparazzi”, but just like any artiste, staying in the limelight requires talent and hard work.as well as personal sacrifices. In his case, he spends so much time working in the studio, he isn’t in a position to have a proper schooling environment like any other student.

The first signed artist of eleveneleven, the record label started by DeGeneres, shared his thoughts about starting up his career based on YouTube. “People thought that this [his current standing in the music industry] was gonna be it… It’s very hard to not be known as the YouTube kid, but that’s a constant challenge and boundary and I’m willing to tackle it.”

Now that he’s 15, life still has its ups and downs. The youngest of the 3 children of the Chance family manages to stay calm despite his recollection of certain unpleasant memories. He recalls with his voice hinting traces of light dejection, “ I think the hardest thing for me as an artiste is because people expect me to be 15 and that I don’t write my own music.” And that is what he did, he proudly admitted writing his own music for Truth be Told, Part 1. 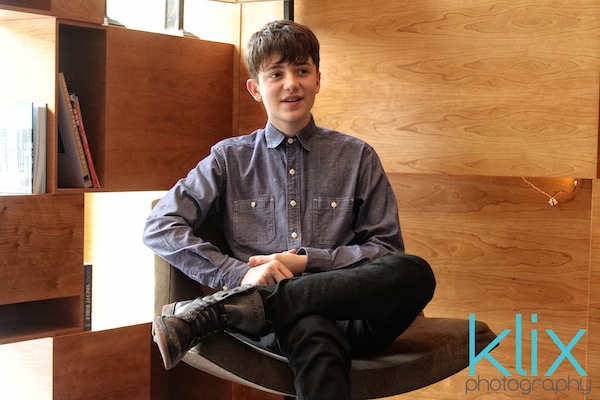 Breaking the melancholic moment, the huge Lady Gaga fan shrugged off his worries and sat straight up, saying, “I’m very involved in my own projects, I write my own music. It’s important that I should stay true to my fans and to let them know, this is what I have and I’m not going to hold it back from you.”

Besides co-writing 11 his own songs, the teen celebrity is considering collaboration with English musician, Ellie Goulding. He commented, “When she goes into the piano stuff, it’s really interesting.”

Even though he’s adapted quickly to the demands of a touring musician at such a tender age, he still gets homesick. He tells UrbanWire, “The disadvantages would be that I travel so much it’s hard to keep in touch with my family and friends.”

The day after his interview, at his recording of MTV Sessions at Resorts World Sentosa, which was previously host to stars like Jason Mraz, Kyle Patrick, and Russian Red, Greyson took to the stage with his 2010 debut single ‘Waiting Outside the Lines”. 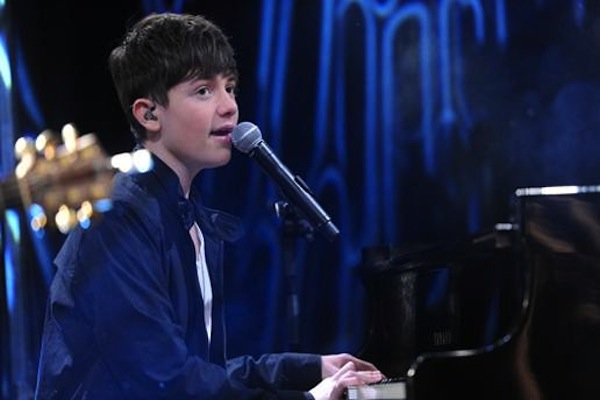 “This song is about finding the perfect person,” Greyson says to the audience of 300 who won tickets to his exclusive recording session/ He didn’t even have to flash his smile to earn ear-piercing screams from his teen fans vying for his attention, before grooving off with the light indie-esque “Leila“. 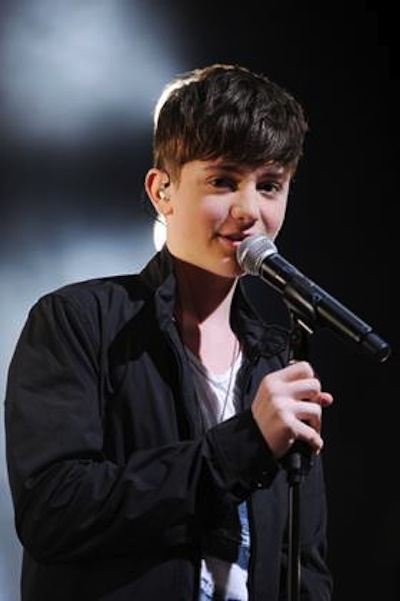 He also performed his other tracks from his EP like “Unfriend You” which saw a gradual increase of the people who whipped out their phones to capture the moment. The lucky fans even got to see him play the Wurlitzer Electric Piano, or more commonly known as the “whirly”, one of the instruments used in the making of “Sunshine and City Lights”.

Of course no performance would be complete without him acknowledging his YouTube roots of performing covers with his renditions of “Crazy” by American soul duo Gnarls Barkley, and the late King of Pop Michael Jackson’s “Human Nature”.

If you weren’t lucky enough to score tickets to his showcase, you can catch more of the boy wonder’s episode of MTV Sessions on Dec 1, on MTV SEA at 6pm!