The princesses of Japanese electronic dance music returned to Singapore for the 2nd stop of their world tour. 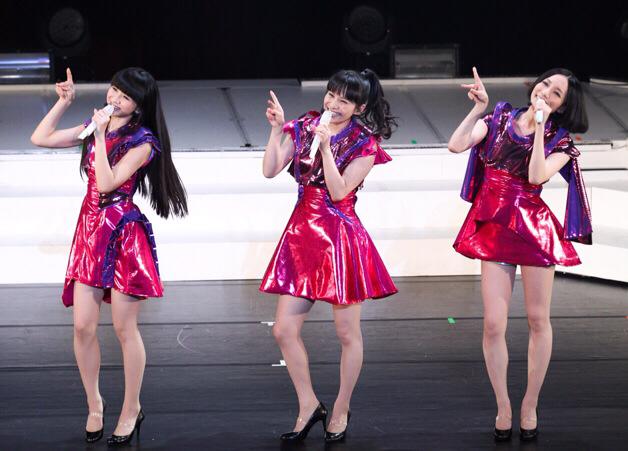 Perfume, the electronic dance group from Japan, was in town recently and fans barely got a whiff of their presence. What gives?

Turns out J-poppers familiar with strict rules imposed by concert organizers were taken aback at the restrictions imposed. Perfume To Anata, also known as PTA (Perfume’s fandom), demonstrated remarkable self-restraint when the organizers urged fans repeatedly to refrain from spreading any details. Any information concerning costumes, stage design, and set list from the November 2 performance at Resorts World Theater were to be kept under wraps, so the concert wouldn’t be spoiled for the fans in the other cities.

Fancy spending top dollar on the concert ($128 for VIP seats) and not being able to share (or show off) to your friends on social media can be quite the bummer.

Nonetheless, the show had to go on. The projection screen gimmick used to produce the David Copperfield-esque illusion of the trio’s teleporting is not entirely new to the Asian pop scene (South Korean Girls’ Generation featured it in their past concerts here) but it definitely set the tone to the technical extravaganza.

The concert kicked off with the thumping beats of their 2012 hit single, “Spring of Life”. Combined with the spectacular light show, the theater was transformed into a myriad of strobe lights and electronic dance beats. The fact that Perfume was standing onstage, in the flesh, hit the fans like a freight train, as they swayed to “Cling Cling”, the group’s mid-tempo single released earlier this year.

Maximizing the stage’s space to its fullest that spans the length of a basketball court, Perfume wowed the audience with their lightning-fast outfit changes. Within few seconds in pitch black before the next song begins, the girls got rid of the futuristic-looking tops to reveal a more fitting skirt (pictured below), a feat not possible without excellent outfit design and planning.

Showing us their signature quirky charm, the girls unleashed their inner Jedi-s, whipping out light sabers to accompany the light show.

The girls livened up the concert with their hilariously adorable banter.

They amusingly re-enacted the iconic “Do You Want to Build A Snowman” scene with longhaired beauty as Anna and the equally adorable A~chan as Elsa, leaving the tomboyish Nocchi to play Olaf. The girls showed off their impressive vocals (and good English), in a short cover of “Let It Go”, which was a refreshing change from their usual dance-heavy tracks.

Some jokes were lost on fans who were not well-versed in Japanese, but Perfume did their best to speak in English when possible. Ayaka Nishiwaki, affectionately known as A~chan and the youngest member of the group, even choreographed an impromptu Merlion dance, eliciting genuine confusion from the other 2 members.

By the fans, for the fans

Ume-san, who got to play translator during Perfume’s last visit to Singapore 2 years ago, translated the girls’ quirky stories and thoughts for the audience once again, such as A~chan’s interesting take on why the Merlion’s fangs were so smooth despite belonging to a beast and the trio’s struggle with the hotel menu.

The fans were wholly involved in the concert. Besides the usual audience participation during songs, “PTA Corner” had the trio attempting to teach a series of complicated hand gestures to the audience.

The fervent fans remained on their feet for the entire concert, relentlessly chanting whilst waiting for the girls to return onstage for an encore. When the trio did return, the PTAs raised specially-designed fans that apparently tugged at the girls’ heartstrings. 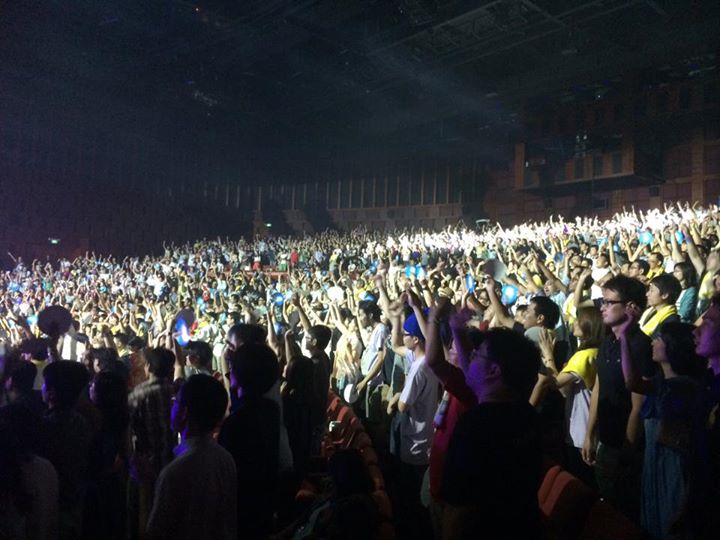 Exclusivity and secrecy has always been a bugbear for J-pop aficionados. Perfume’s concert attracted not just the locals and Japanese living in Singapore, but also those from the region as well, with Indonesians and even Australians cheering the group on. With the great response achieved through their 3rd Live Tour, it looks as if everything might be coming up roses for the girl group.

[Encore]
FAKE IT
MY COLOR