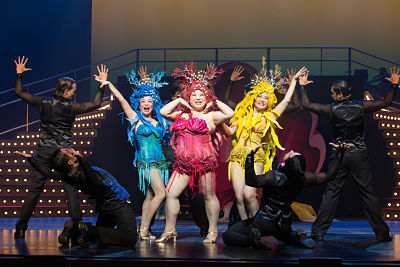 No one does satire more bawdy and oft-crude than The Dim Sum Dollies. Singapore’s favorite drag queen Kumar or Broadway Beng Sebastian Tan comes close, but if we’re talking about sheer quantity, the Dollies (Selena Tan, Denise Tan, Pam Oei) bring thrice the chutzpah, glitz and wisecracks to the stage.

When was the last time our stomach muscles cramped after laughing so hard at the idiosyncrasies of Singaporean society? The Dollies more than loosened the audience, employing self-deprecating humor at times to get us to laugh with them, not at them. 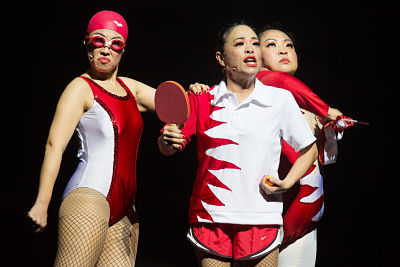 Everything about the show was rendered in lurid, eye-catching detail and color from the disco ball hanging from the ceiling, to the multitudes of costumes and the programme booklet. The booklet’s proceeds went to the Emma Yong Foundation, created to financially help Singapore theater practitioners suffering from critical illnesses. Yong, who was formerly one-third of the Dollies, passed away in May 2012 due to stomach cancer. 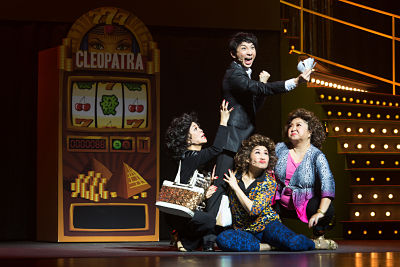 Hossan Leong, who played Chopstick to the Dollies, is testament of a versatile actor playing multiple roles in a single play. Effortlessly toggling between different characters such as a olden-day Chinese coolie, Sang Nila Utama and an Indian dhobi (complete with different accents and quirks), he was an indispensable kitchen cutlery, or rather, an asset to the Dollies. 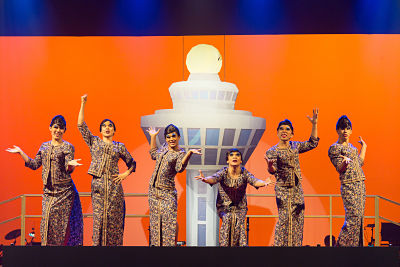 4 time periods were reflected in various segments during the musical.

Firstly, 1960 to 1969 involved a charming take on how Singaporean schoolgirls idolized the up-and-coming political leaders of that time. Audience members had to play a guessing game based on the phrases the Dollies sang. That segment in particular made for an insightful and affectionate comedic moment, even if the girlhood adoration of the leaders didn’t directly contribute to Singapore’s progress. 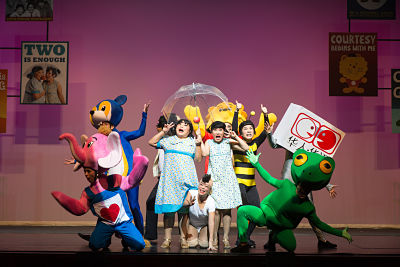 The years between 1970 to 1980 were a time of change, when many iconic public-service announcements were rolled out to the public, including the “2 is Enough” campaign, “Clean & Green” environment campaign and “Speak Good English” campaign. The implication for this segment was that these campaigns were merely superficial, and did not actually bring about any actual change in Singapore.

1981 to 1992 saw the advent of dance music and discotheques in Singapore. Young women would dress in their neon-colored fishnets and one-shouldered pieces and suss out the best places to see and be seen at. It was also a joy to watch Leong’s cosmopolitan-wannabe hairdresser messing up his façade and behaving like an ah beng. 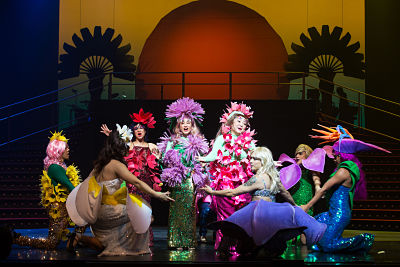 Finally, the years of 1993 to 2001 was the time when Singaporeans began demanding more avenues of expression. Speakers’ Corner was a hot topic at that point in time. Selena Tan’s clever use of symbolism in flowers to draw parallels with Singaporeans and foreign talent was spot on. In a scene, ‘Vanda Miss Joaquim’ led a discussion among the local and Singapore-bred flowers ‘Ixora’ and ‘Morning Glory’. 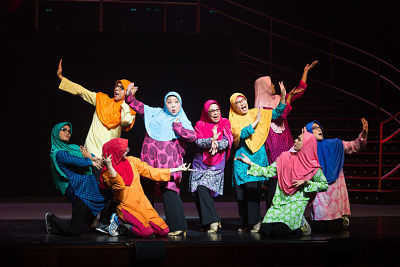 How do you keep a musical about a country’s history from becoming dated? Bring in the new, of course. ‘Kebayarobics’, which saw all members of the cast (including the all-male chorus) decked out in baju kurungs, break danced, and did a dubstep/dikir barat rendition of Meghan Trainor’s “All About That Bass”. It was much fun for the Gen Y viewers. 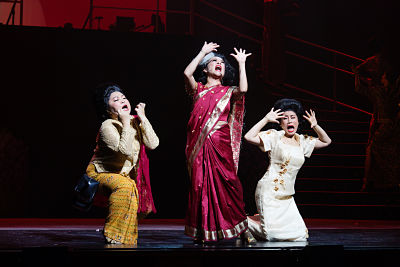 Denise Tan, who was last seen in The Rise and Fall of Little Voice, was Yong’s replacement in the line-up. Tan’s flawless Filipino accent aided her portrayal of Imelda Marcos, in all the caricaturish finery expected from the Dollies. She nailed Marcos’s character, from the bouffant to the airs of a woman well known for owning nearly 3,000 pairs of footwear. 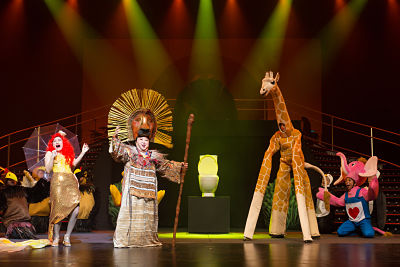 Highly scathing were the jibes at the exorbitant ERP rates, NEA’s anti-gambling advertisements and our reverence towards a certain Emeritus Minister. The Dollies definitely got the satire down – if only the comedic timing was a little less predictable. What we received was a real sidesplitting history lesson done right by the Dim Sum Dollies. 2 chopsticks up!

Dim Sum Dollies – The History of Singapore Part 2: The Growing Up Years

Book and Lyrics by Selena Tan

Disco Balls To You

I Am Your Champion

Rise With The Sun