Cats The Musical is a theatrical spectacular that will have you purring with delight. Sorry, dog lovers!

Known for their aloof demeanor, nimble reflexes, and shape-shifting eyes, cats have long held a sense of mystique about them. From being worshipped as godly creatures, to being the centerpiece for many a superstition, they appear sagely even when lounging for the 15th nap of the day.

So what do cats really think about, if they do think at all?

Andrew Lloyd Webber’s musical masterpiece, CATS has the answer. Adapted from T.S Elliot’s Old Possum’s Book of Practical Cats, the production has been a theatrical staple since its 1981 debut, winning numerous awards and the accolade of being the third longest-running show in Broadway history. 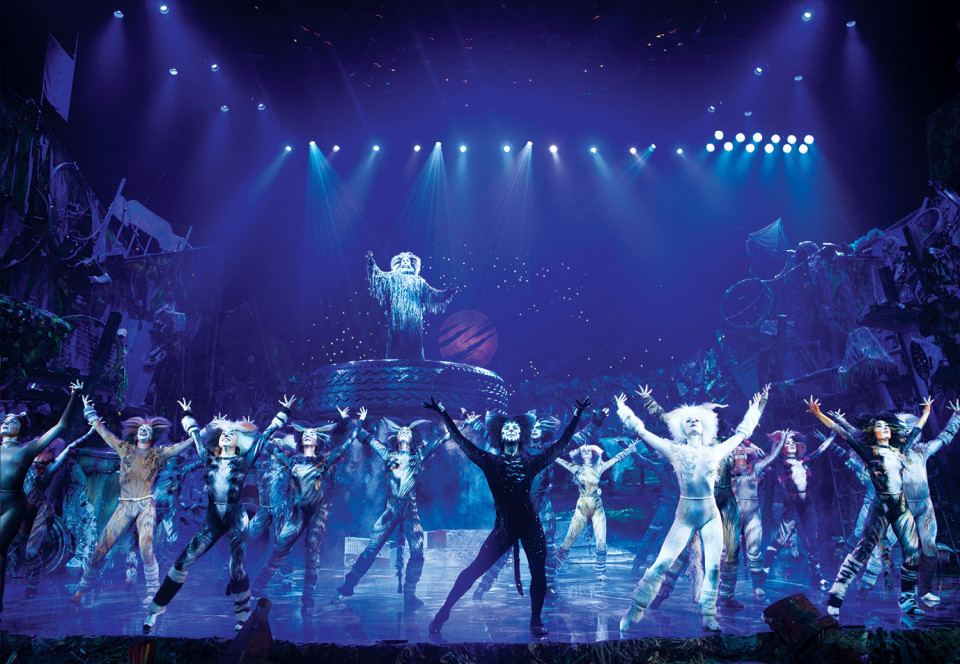 Regaling the disparate tales of a tribe of cats called the Jellicles, CATS takes place in the Junkyard, where the cats must make the “Jellicle Choice”, which is a nomination for reincarnation by the Jellicle’s leader, Old Deuteronomy (Martin Croft). The nominated cat will then ascend to the divine Heavyside Layer.

The 140-minute musical extravaganza is presented in 2 acts. In these acts, each character takes the stage to present their personalities, clad in flamboyant unitards and wigs, backed by Webber’s multi-faceted score performed by a live band.

Act 2 was discernably more in meat and less in (fish) bones. Gus, the Theatre Cat’s (Richard Woodford) number featured a comical mini-musical where he re-enacted his famous role as pirate cat Growltiger, waxing lyrical over his exploits, including his romance with Griddlebone (Angela Kilian). Black-and-white tomcat, Mr Mistoffelees wowed with his jaw-dropping 24 fouettés en tournant in a row, spinning his way to the audience’s resounding approval. “Skimbleshanks”, the Railway Cat’s (Jarryd Nurden) song saw parts of the set being transformed into a railway train, complete with sputtering steam.

Visually arresting performances aside, the concept of CATS is hard to grasp wholly without prior understanding. Unlike the conventional musical that interweaves dialogue, song and dance, CATS relies almost completely on lyrics and physicality to convey its non-linear story. For the plot-driven viewer, the show may falter as a never-ending introduction to far too many cats, whose names escape once the tune changes.

While unintentional, Cats lacks the means to eke out an emotional response due to its eccentric nature of story. Perhaps the most openly poignant moment occurs when Grizabella, the pariah Glamour Cat (Erin Cornell), mournfully performs the iconic ballad, “Memory” during the musical’s climax when she was shunned from the Jellicles.

Cats is also known for breaking the fourth wall to engage its audiences, even establishing physical contact for greater interactivity.

In all aspects, Cats remains a timeless musical, pulsing with vibrant stage dynamism, a sense of innocence and quietly elusive meaning that slink away when the curtains fall, just like a cat.

Photos Courtesy of Base Entertainment