Photo Essay: My Sunday Off

Domestic helpers are under the spotlight once again when Indonesian President Joko Widodo announced recently that all female Indonesians will not be sent overseas to work as domestic helpers.

It’s as though an entire community is about to disappear from our shores. 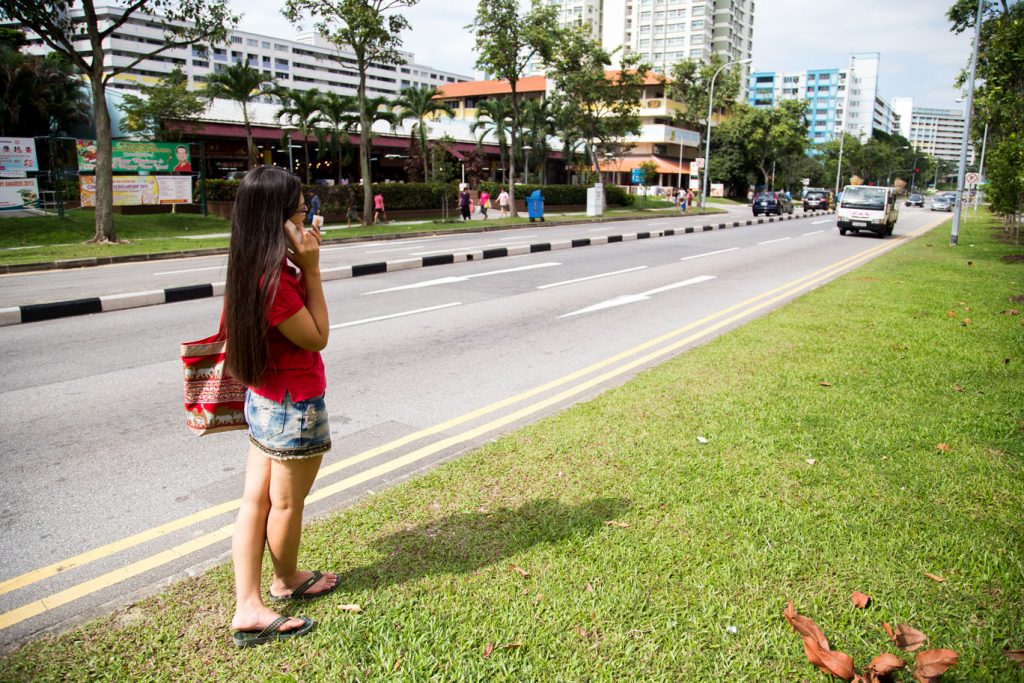 “I’ve been here for 7 years,” said Shanty as she hailed a taxi to Lavender for a gathering with friends from her own community. She added that she has been working under her current employer for 2 years and 4 months. 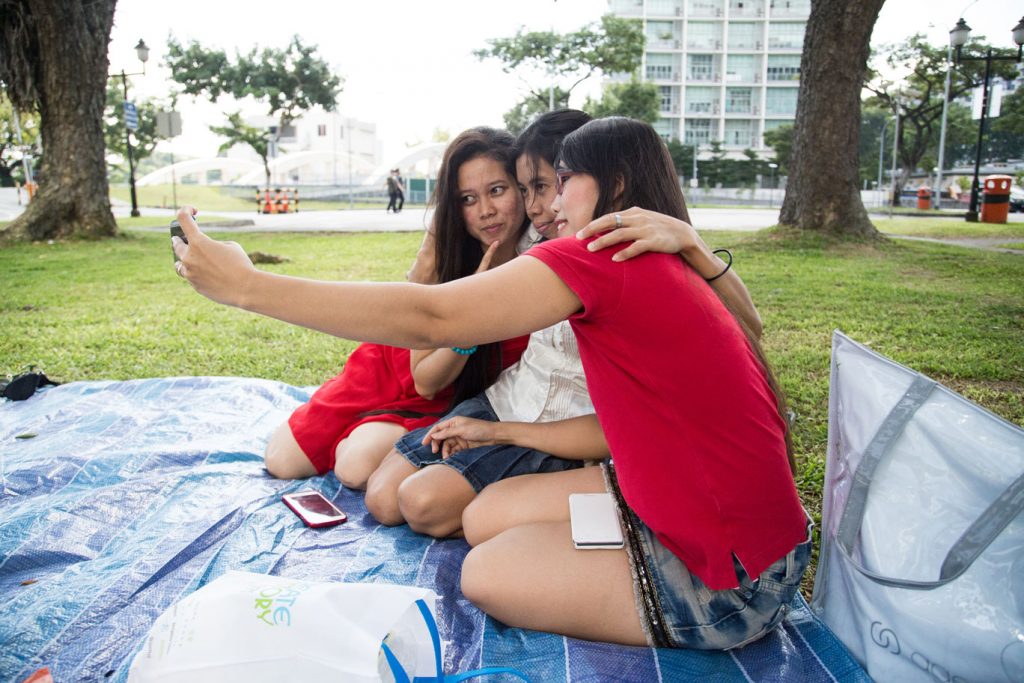 Shanty met her friends, Linda in red and Triah in white. Both have been working in Singapore for the past 6 years, and met Shanty at a previous gathering through a mutual friend. They laid a canvas on the grass and started taking wefies. 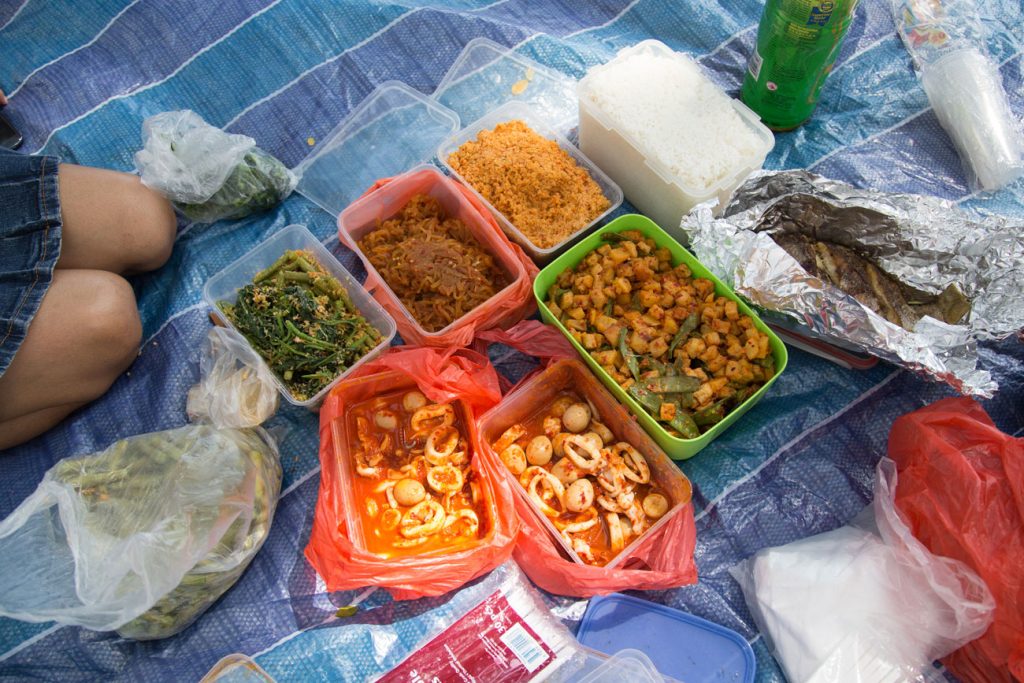 Food is one of the highlights of their gathering.

The dishes were all prepared by Shanty the day before over 3 hours. She fried and steamed the food before storing them in the fridge overnight.

According to Shanty, most of the dishes are Indonesian cuisine, as the domestic helpers do not get to eat them during their working days due to the preference of their employers.

The dishes were cooked with a lot of spices. One of them is the Urap, a Javanese salad made up of steamed spinach, long beans and coconut chilli. The ingredients are prepared separately, and only mixed when eating. 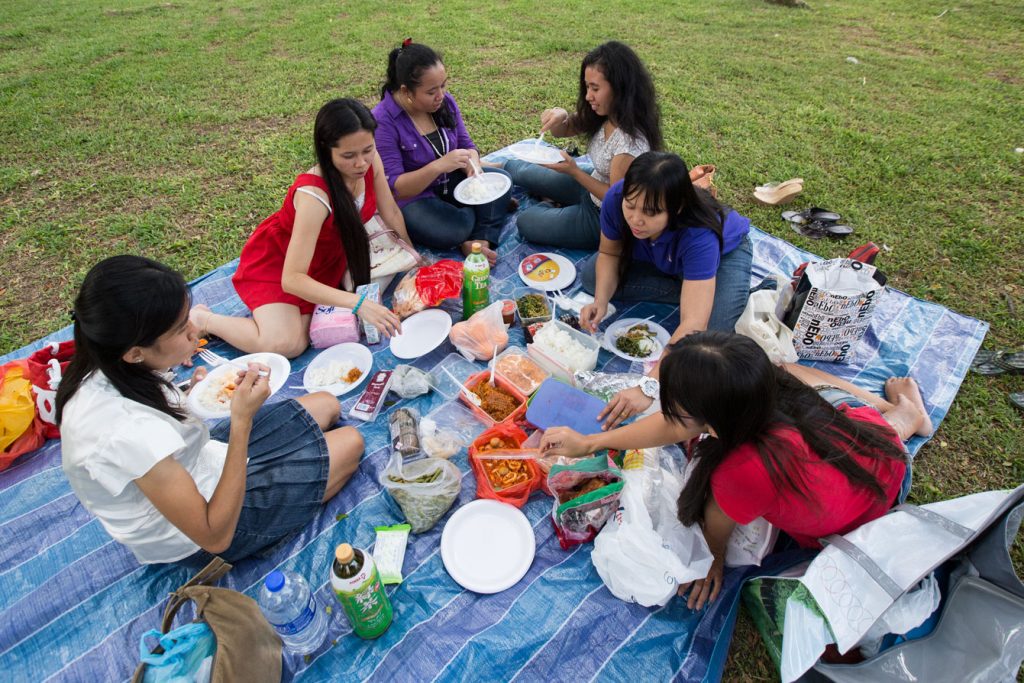 Before Lavender, Paya Lebar was the go-to place for Indonesian domestic helpers. Shanty explained: “Recently, more Bangladeshi and Indian workers are occupying the space so we don’t go there anymore. We just want to have a peaceful day without any trouble.”

Shanty and her friends prefer to hang out at Lavender, Marina Barrage or Sentosa during their Sundays off.

After the picnic, Shanty and some friends decided to head to City Plaza at Paya Lebar to meet another group of friends. 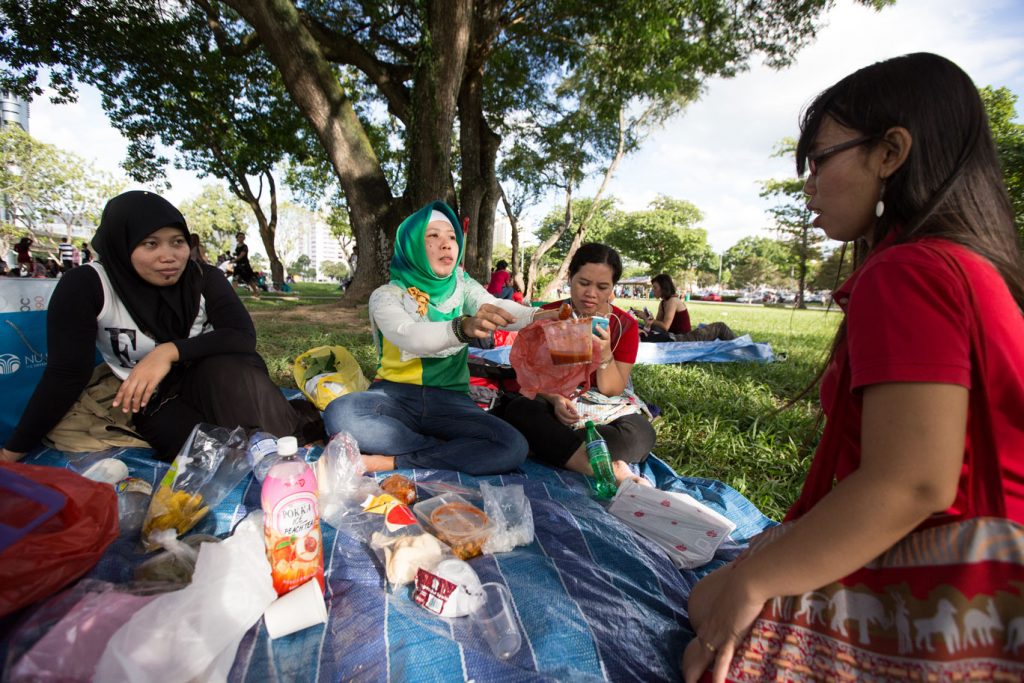 Shanty and her friends met at the park nearby. A very noticeable trait about the Indonesian domestic helpers was that they are very affectionate. They would greet each other with hugs and air kisses (and the occasional kiss on the lips). 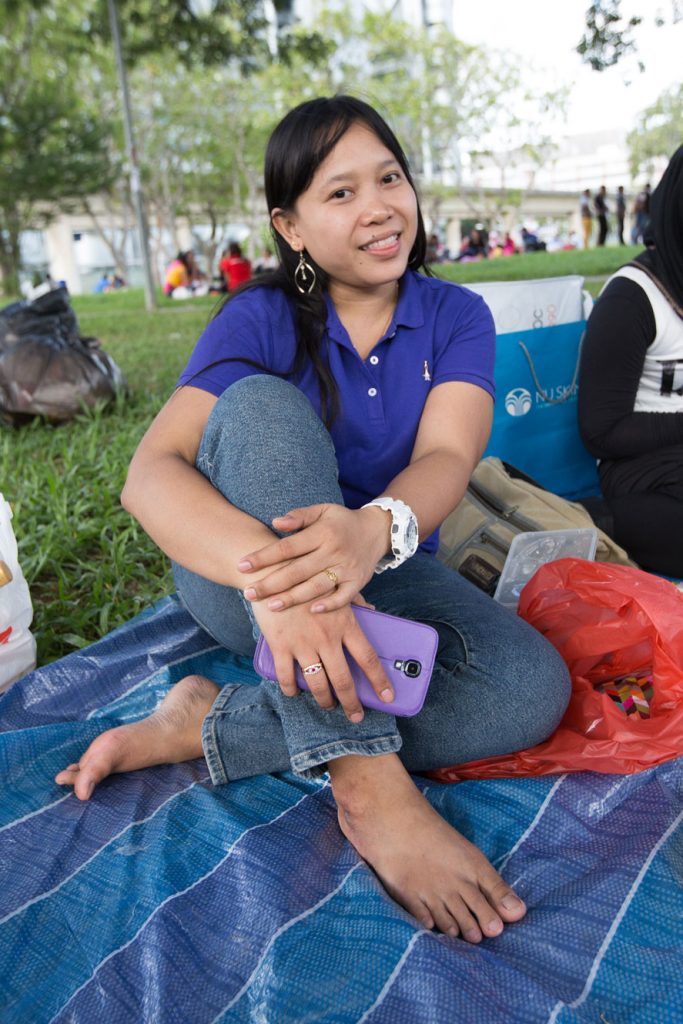 Tiwi is one of Shanty’s oldest friends in Singapore, and she has been working for the same Chinese employer for the past 7 years.

“At the start my employer would always be angry at me,” she said. “But after a while, we learned from each other’s cultures and the situation is much better today.”

She added that not all employers are the same, and it’s a learning process for both employer and employee under the same roof.

Before her precious Sunday ended, Shanty told this writer one of the reasons they always look forward to Sunday: “We know that we won’t here forever, so we just want to create some memories now to remember the friends we made.”

But what happens when they all leave this little red dot?

“We’ll just have to go back to our own lives back at home, and hope that our friends don’t forget us.”