Oscars Predictions: Tale of the Journeyman 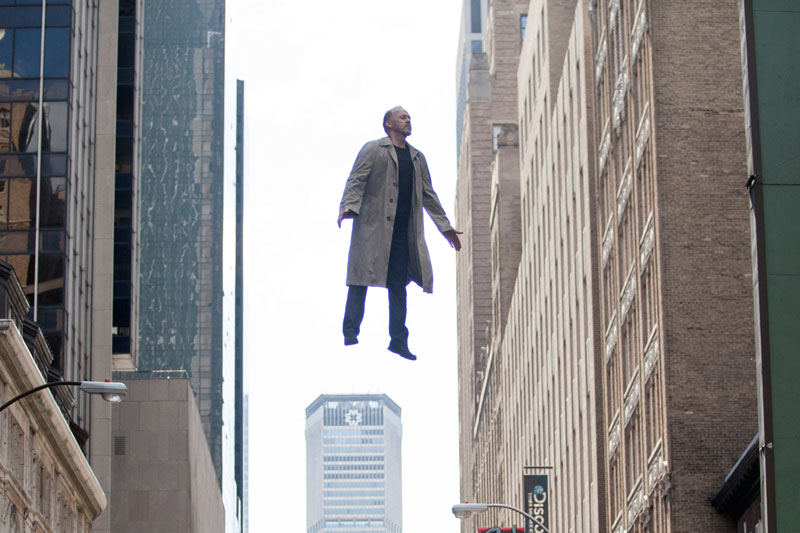 Imagine the classic wide shot of an actor sitting in front of the mirror removing his makeup and asking, “Who am I?”

Hollywood can’t get more self-indulgent than this.

The 87th Annual Academy Awards will celebrate the tale of the journeyman — actors and actresses who performed for decades on television and film (and the occasional Broadway stage), endured the pitfalls of fleeting fame and stardom, and lingered a while longer in the spotlight till their hands grasped the elusive Oscar statuette.

The nominated films and characters speak of the above mentioned narrative from the meta-Hollywood film Birdman, the arduous journey of filmmaking in Boyhood, to the forgotten actors and actresses who paid their dues, waited tables and reached this special moment of recognition. Just ask Julianne Moore, tragically denied her Oscars previously in The Hours and Far from Heaven. It’s payback time.

After sitting through dozens of nominated films, this writer is guilty as charged of self-indulgence and nonetheless predicts the winners in the 6 major categories. For what it’s worth, the Oscars is a fun pageantry of tearful speeches, standing ovations, dramatic falls, and a reflection for Hollywood to not only question who am I, but rather what am I worth.

The camera cuts to the actor whispering, “What exactly am I doing here?”

Welcome to the Oscars. 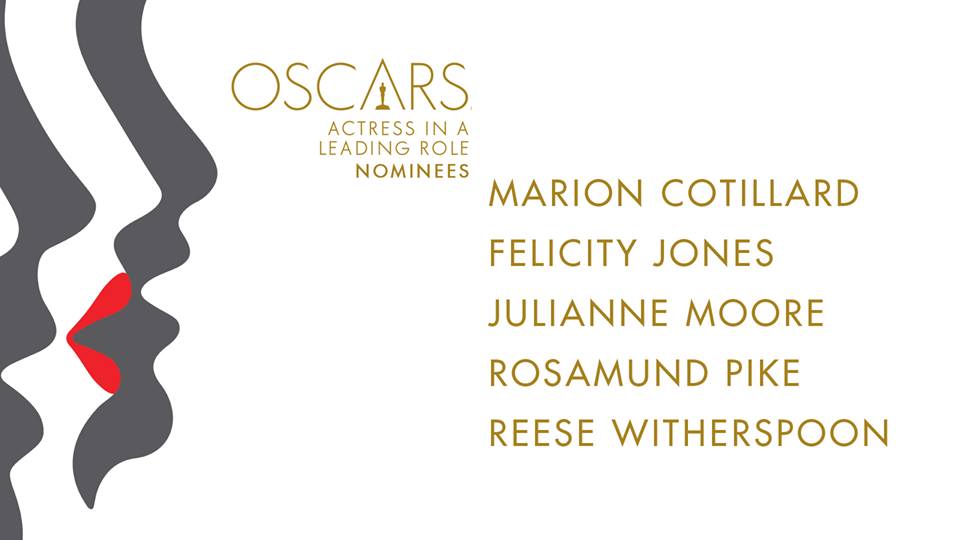 Felicity Jones, The Theory of Everything

It’s a lock-in for Julianne Moore who was devastating in Still Alice as a linguistics professor suffering from Alzheimer’s disease. Moore has been the bridesmaid for some time at the Oscars since her Far from Heaven, Boogie Nights and The Hours nominations, which were ignored and left to dust. But the stellar and poised actress is ready to stand at the altar and be recognized for her excellent body of work in the past decades. 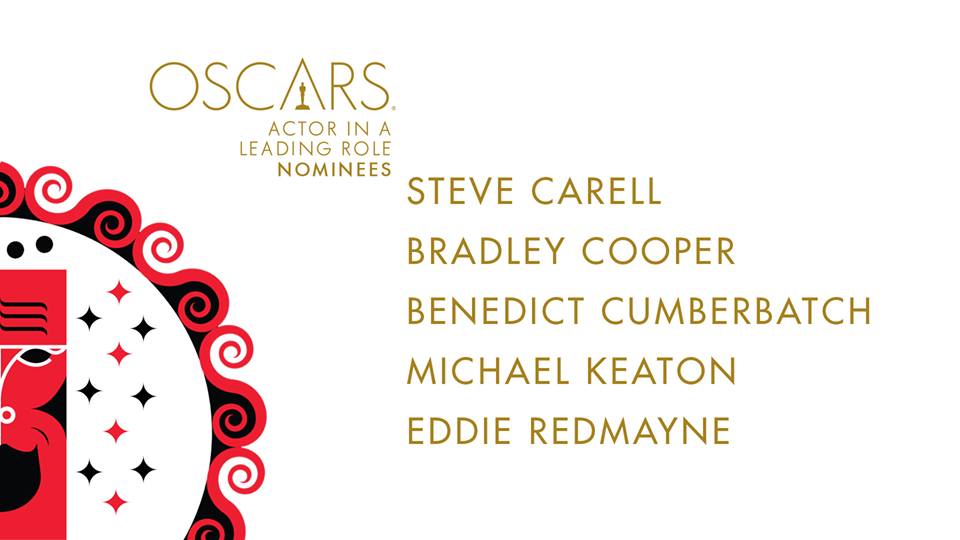 Eddie Redmayne, The Theory of Everything

It’s one of the strongest fields I’ve seen in recent years where even the snubs were equally good (Jake Gyllenhaal in Nightcrawler and Miles Teller in Whiplash) but the nature of competition boils down to a few on the podium. So we end up looking at a toss between the journeyman Michael Keaton, and the young hotshot actor Eddie Redmayne. Redmayne was a force of nature in the not-so-scientific The Theory of Everything, dedicated to act with every single bone in his body, including his facial muscles. But Keaton has a larger narrative of the forgotten actor acting as a forgotten actor in the meta movie Birdman, which is a fear that plagues every actor alive. Come Oscar night, Keaton will be on stage accepting his award and assuring every actor of his worthiness and ego. 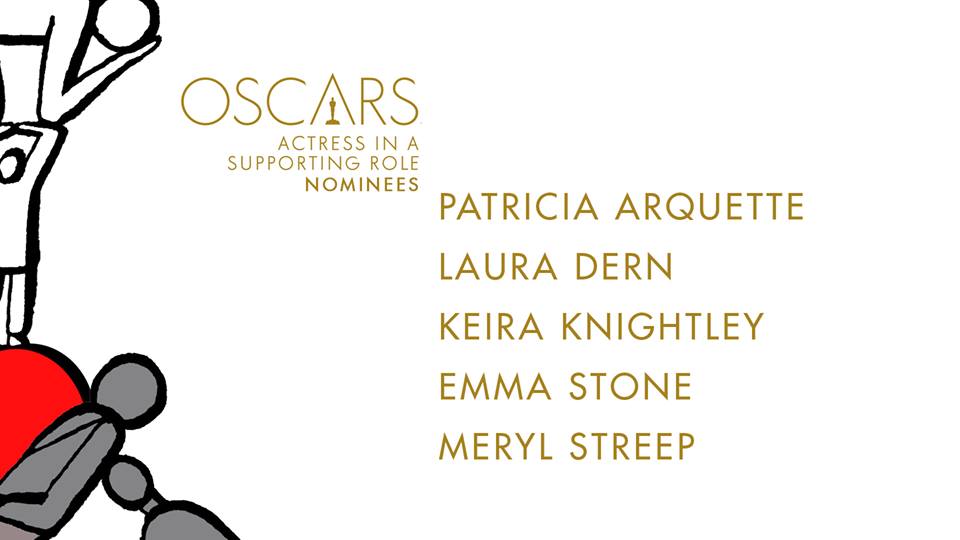 Best Actress in a Supporting Role

Meryl Streep, Into the Woods

In a night of celebrating actors and actresses whose body of work (Michael Keaton, Julianne Moore) can swallow younger starlets for lunch, Patricia Arquette is one of them. As a working mom in Boyhood, she bodied the role to perfection sans elaborate makeup and wardrobe for the last 12 years, a situation in which had you placed a lesser actress, she would have called it quits. Arquette has been under the radar for years but since winning almost every award pre-season, an Oscar win will be the icing on the cake. 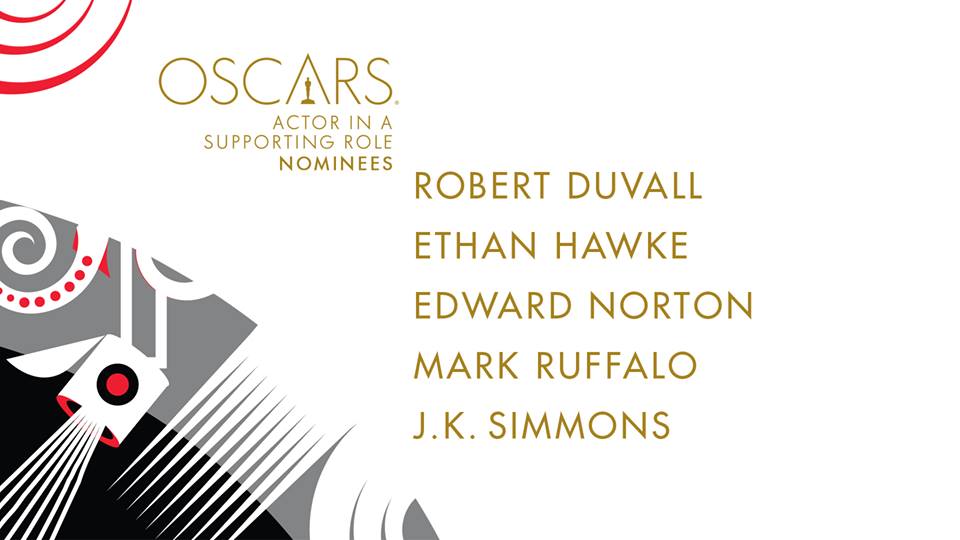 As the maniacal conductor in Whiplash, he wouldn’t have liked the Academy giving him a pat on his back and telling him “good job”. Instead, J.K. Simmons will walk away with an Oscar for his sadistic, cold and calculated portrayal of a music conductor. Simmons is another character actor who has come a long way since we saw and heard him on Spider-Man, Law and Order, and Juno. An Oscar is seriously overdue.

The Theory of Everything

If anything, the Academy tends to vote for films with momentum and Birdman has lots of it. In fact, the movie resonates so well with Hollywood — the very people it took a dig at– hence sweeping a slew of awards at the guilds. If Birdman wins, it bears similarities to Crash’s geographical win in 2007. But then again, everyone loves a shocker and Boyhood stands the best chance of ruffling Birdman’s feathers if you ask me. The poignant 12-year journey of a boy growing up deserves its own recognition for simply going the distance in filmmaking. My heart goes with Boyhood but my head says Birdman, because if anything, the head always wins.

It’s a tale of 2 visionary directors making unorthodox movies in our times. Alejandro G. Iñárritu challenges the norms of filmmaking with technical bravery taking us into the inclusive and closeted world of actors and their egos. Richard Linklater envisions a story, how it unfolds a decade from now, and then brings us along on that exhilarating ride know as the cinematic experience. He achieves that in Boyhood and earlier Before Sunrise/Sunset/Midnight trilogy. It’s thisclose between the 2 directors and the Academy has a habit of splitting the 2 prestigious awards. Best Director for Linklater and Picture for Birdman.