Mind the weather, wearability is key this Spring/Summer.

Mind the weather, wearability is key this Spring/Summer.

The previous collection of Fall/Winter saw exaggerated winter wear, the kind of apparel to protect one from a severe snowstorm, which kinda happened at New York Fashion Week. And to rebel against the cold, the runways naturally transcended into cooler material for Spring/Summer (S/S 15) to prepare us for a bit of fun and cheer in the coming warmer months.

S/S 15 ready-to-wear comes to life with actual pieces and entire ensembles you would gladly incorporate into your wardrobe. Silhouettes are kept loose and relaxed, with materials inspired from sportswear and models in flats spotted on the runway.

Street wear is the norm, as the inspiration stems from the chaos before every fashion runway show starts. The circus crowd of renowned editors, stylists, off-duty models, fashion bloggers and celebrities became the center of attention and transformed into its very own genre aptly known as ‘street wear’.

UrbanWire goes on a street wear-esque shoot to articulate the trends.

all thanks to luxury sportswear. Chanel was the first to feature trainers and sneakers on the runway at their Fall Winter 2014 show. And since then, sportswear is incorporated into the collections of Nike fly knits on dresses spotted at Alexander Wang’s Spring/Summer 15 show. Tory Burch also showcased an unexpected element of cool (literally) polo tees in their collection.

Hooded vests with mesh textures also made an appearance, emphasizing the smoky contouring done on the models’ faces. The oversized silhouettes also adhered to the athletic vibe, using mid-calf pants and joggers, reminiscent of those seen on the basketball court.

. Brands such as HBA [Hood By Air] and NCE [Not Cool Enough], for example. Formula 1 and Baseball-inspired styles will be huge for both menswear and womenswear,” said Kenny Lim, founder of local design label, DEPRESSION.

Florals took on a third dimension this season, with bright floral ornaments sewn directly onto the fabric to create the added texture of pop-out flowers.

Michael Kors brilliantly wove the ornaments into a floral pattern, which was prominently featured in his girl-running-through-a-field-of-daisies collection. Think tulle skirts and dresses embroidered with 3-dimensional gold

At Thom Browne, a carefully curated army of summer suits for women was paired with his usual whimsical flair. Brightly-colored flower appliques were sewn directly on well-crafted smart jackets.

Ethereal dresses with plunging V-necklines at Erdem also sported the floral motif where bits of chiffon were cut and embroidered in a floral camo-like arrangement on the sheer fabric. Wild feathers also burgeoned from the dark blooms, emphasizing the alluring and dreamy look.

of the blazer dress sneaking down the runways.

Eudon Choi’s Spring/Summer show featured extra-large sizes of well-tailored pieces seemingly made for men. Extended blazers doubling up as dresses, pantsuits and oversized trench coats were evident as a recurring theme. This theme was also observed at Céline’s collection at Paris Fashion Week with masculine jumpsuits and exaggerated framework around the shoulders.

The pieces further blurred the line between femininity and masculinity, proving that women can really wear the pants, or in this case, the power dress.

Perhaps it’s due to the popularity of music festivals like Coachella, Glastonbury and St. Jerome’s Laneway Festival that there’s been a sudden surge of hippie culture in fashion.

still lingers but has since been adapted into every casual wedding bride’s dream. A little white dress sighting seems to be the one thing to complete a collection this season.

At Louis Vuitton, it was 5 of those collections. Without the typically lace confections one would expect, futuristic cutout lace details were paired with Victorian necklines and ruffles this time.

Erdem also featured intricate lace midi-dresses that reminded one of a beautiful Victorian greenhouse structure, one of their inspirations for the collection.

Finally, the it dress of the season was defined by the one crochet lace camisole slip dress spotted at Chloé. A dress so intricate that brought audible gasps from the audience and had garnered countless reblogs on popular social media site, Tumblr.

Sweet macaron pastels were the colors du jour on runways for S/S 2015.

The use of pastels by Balenciaga’s creative director Alexander Wang came as a surprise, as the designer is known to stick to extremely monochromatic tones. The first pastel look – a dusty nude-pink geometrical cutout dress and a sweeping duster trench in a similar shade appeared only after the first 9 monochrome ensembles. Similarly, Haider Ackermann’s collection featured homogenous languid apparels.

This season, the 90s got its revival through the heavy use of denim. Rookie designer Marques’Almeida won the hearts of Gen X kids who grew up in the 90s with his spot-on dedication to frayed denim purposed from the era.

Stella McCartney featured 3 full denim looks, all of which extended to the mid-calf, with the full denim cargo jumpsuit the most notable. Futuristic, oversized denim pieces were also spotted at Kenzo.

Burberry Prorsum was a surprising contender in the denim market

, using the material heavily in their tight waist jackets. Added with unexpected materials such as latex, tulle and even feathers, designer Christopher Bailey reinvented the denim jacket.

Models turned into artillery armed, weapon-wielding members of the military at Stella McCartney, Marc Jacobs and Ralph Lauren. Army green was seen in a handful of collections this season, with the occasional sprinkling of oversized Parkas, most notably at Ralph Lauren’s collection which included no less than 32 out of 50 looks incorporating the ubiquitous green.

The Marc Jacob’s show was a lot more literal, with many obvious army-inspired looks turning the female models into soldiers. Parkas have trickled down into mass retailers such Topshop and H&M, granting accessibility to anyone with a military pursuit.

Spring heralds the compressed gingham checks. At Diane Von Furstenburg, sexy gingham dresses made many appearances, those that would pique Brigitte Bardot’s fancy back in the 60s. Altuzarra too revealed lengthy legs through high slits of gingham skirt suits.

Oscar de la Renta created oversized gingham prints utilized on short mini dresses and structured coats, in the attempt to set the picturesque outdoors. Picture a gingham picnic mat and a woven basket lined with gingham cloths set atop a hill and you would be where we feel about this covetable print. 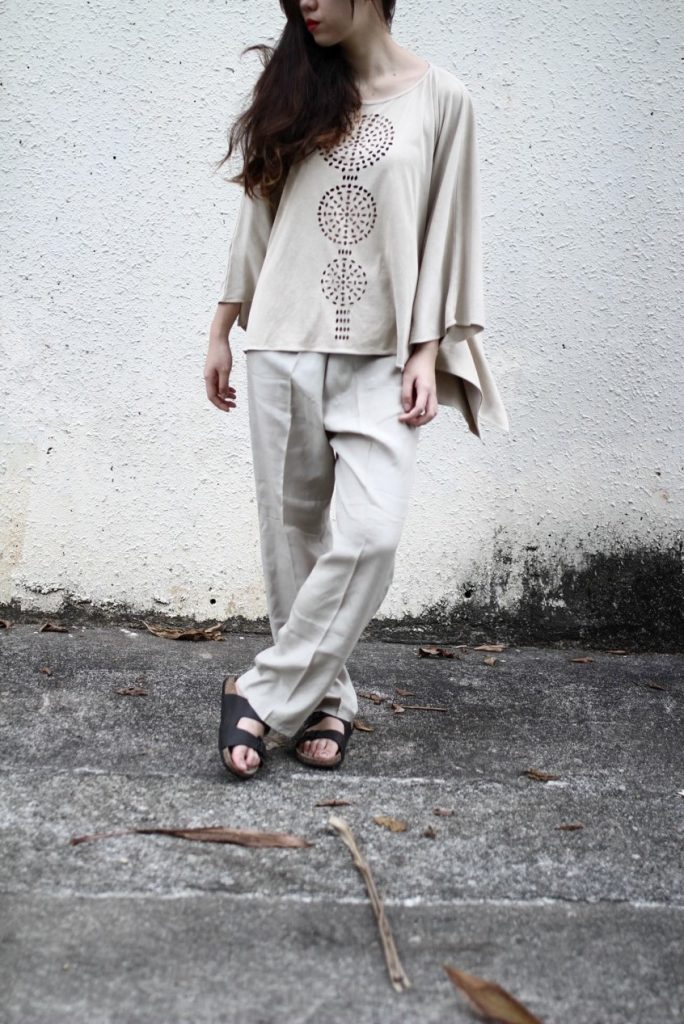 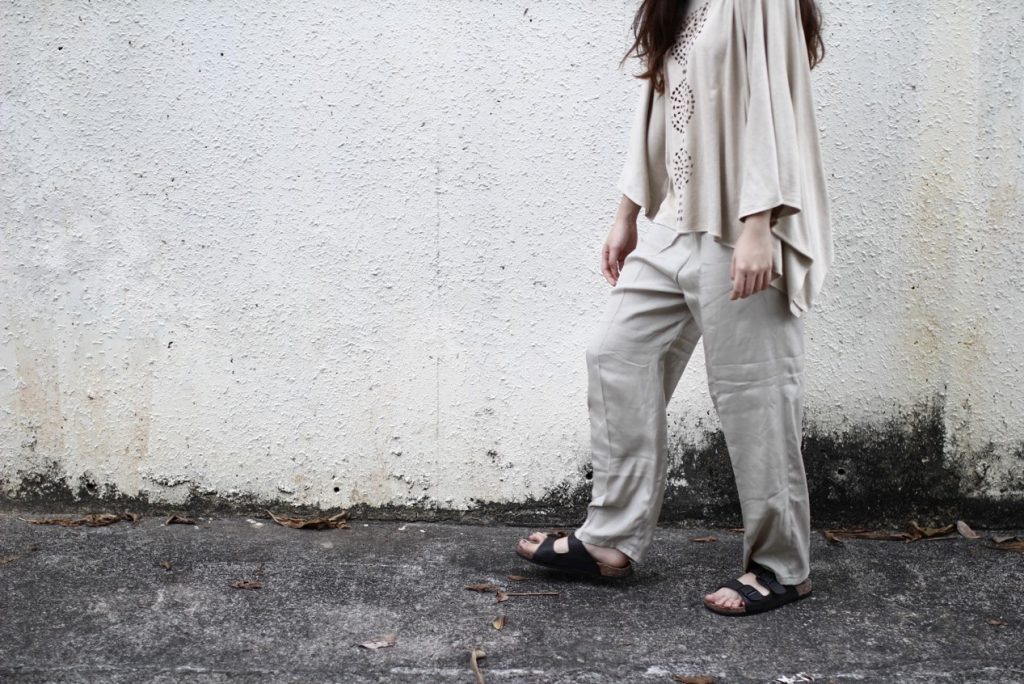 Unflattering caftan shapes in creams, beiges and whites made for ultimate comfort, bringing to mind fresh bedspreads. At Hermés, scarf-draped smocks ruled the runway with various layers in the same neutral color palette.

Rawness of light suede materials was preserved in a Flintstone-esque fashion at Loewe, draping beautifully on the models walking on the stone pavement runway.

Purity would be the best word to describe the use of the swaths of cream-beige fabric wrapped loosely around models’ bodies at The Row. The use of golden raw silks allowed for a serene Grecian innocence, perfect for spring.

“I think spring/summer 2015’s collection reinvented many different eras from the swinging 60s to the 90s. It’s funny how they all come back into style and become so wearable now,” divulged Tricia Cheng, Assistant Stylist at Topshop.

Tell us what you think about the Spring & Summer Fashion trends below!