Cupcakes with a local twist

Love both your designer cupcakes and traditional kuehs? Check out these fusion offerings.

Love both your designer cupcakes and traditional kuehs? Check out these fusion offerings.

More halal bakeries in Singapore are giving their kuehs, or traditional bite-sized snacks, a modern twist. Check out their new cupcake offerings – infused with some familiar local flavors.

Ondeh-ondeh, also known as klepon, is a popular snack commonly found in Indonesia, Malaysia and Singapore. It’s made of glutinous rice flour, colored with pandan leaf essence and coated with grated coconut.

The sweet treat is often served as a green, petite rice balls filled with palm sugar. But at Julie Bakes, a halal bakery at Kampung Glam, it’s also served as green cupcakes topped with coconut-flavored frosting and coconut flakes. “This new take on ondeh-ondeh has attracted a steady stream of customers who like the novel presentation and familiar taste rolled into one,” said Julie Bakes founder Juliana Jahayer, 44.

Those who love Peranakan cuisine would likely be familiar with pengat pisang. The Straits Chinese dessert is served as a sweet broth that comes with banana slices and sago balls.

At Julie Bakes, this sugary goodness is also turned into the fillings for its new range of fusion cupcakes.

“The pengat pisang fillings is prepared with my own secret recipe,” Mdm Juliana told the UrbanWire, adding that she took great pains to ensure that its taste is as close to pengat pisang as possible.

The cupcake is also topped with thick frosting flavored with coconut milk, which somehow is able to remain in good shape despite the scorching hot weather.

Can’t get enough of teh tarik? The popular milk tea now has its cupcake variant.

You can find the fragrant teh tarik custard nestling within brown-colored cupcakes in a popular range offered by online bakery One Cupcake A Day. For fans of this flavor, one is probably not enough.

These teh tarik cupcakes are topped with milk frosting that comes with a neat sprinkle of tea leaves. “The frosting is creamy and has a mild taste of the condensed milk,” said first-time buyer Mdm Mariana Jamil, 43. “I like it because the sweetness level is just nice. It’s not overpowering and goes well with the cupcake,” she added.

One Cupcake A Day will open a physical store at East Village on October 3. But for now, you can place your orders on its Instagram page.

Teh Tarik cupcake @ One Cupcake A Day

If teh tarik is not your cup of tea, what about bandung, the bright pink rose syrup milk drink?

The bandung cupcake from One Cupcake A Day features its signature pink frosting embellished with white chocolate chips. Its distinctive scent will likely remind you of the beautiful blooms as you bite into the sweet decadence of rose syrup and evaporated milk.

“The bandung cupcake is best kept in fridge if it’s not going to be consumed immediately as the frosting may melt when the weather gets too hot,” said Mdm Julia Idris, 35, owner of One Cupcake A Day. “Just allow the cupcake to defrost at room temperature before serving and it should still taste as good,” she added. 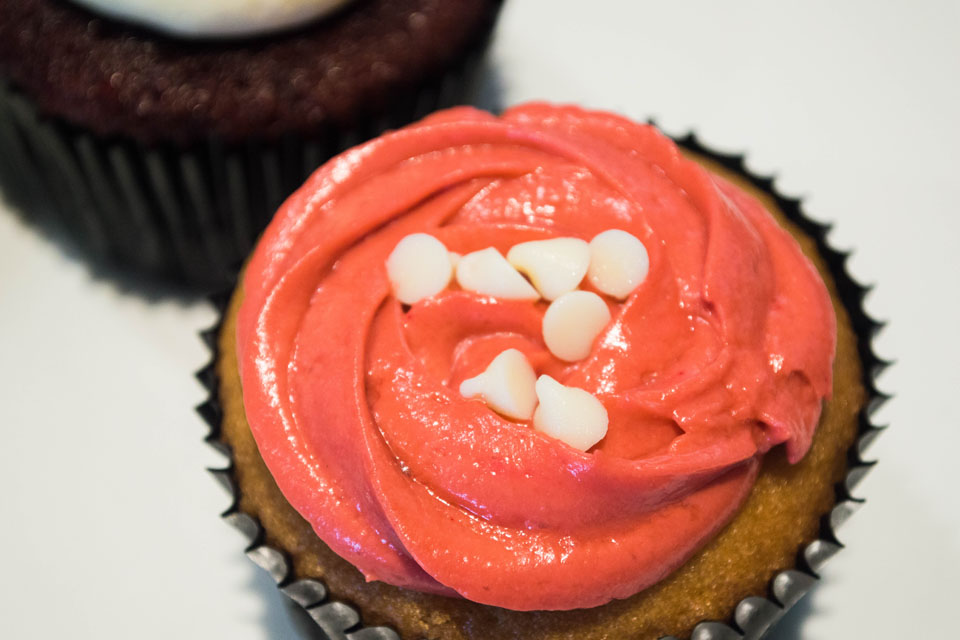 Bandung cupcake @ One Cupcake A Day