The heartthrob from Korean boy band Infinite opens up about venturing into acting. 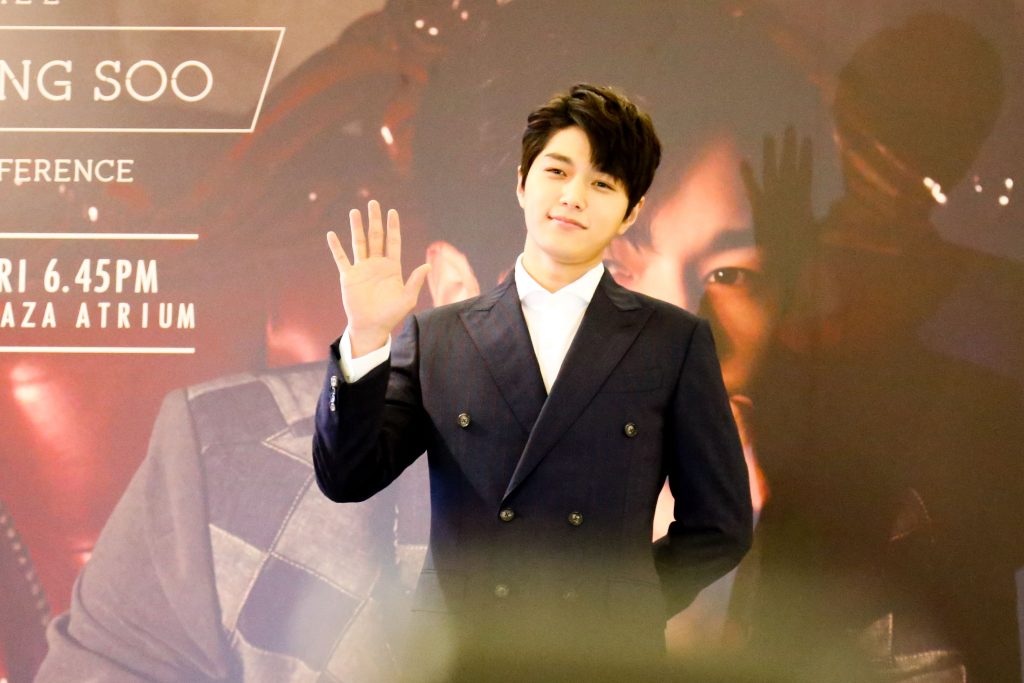 The 25-year-old actor, best known as L from K-pop boyband Infinite, was recently in town to plug his latest drama The Emperor: Owner of the Mask at his first solo fan meeting. 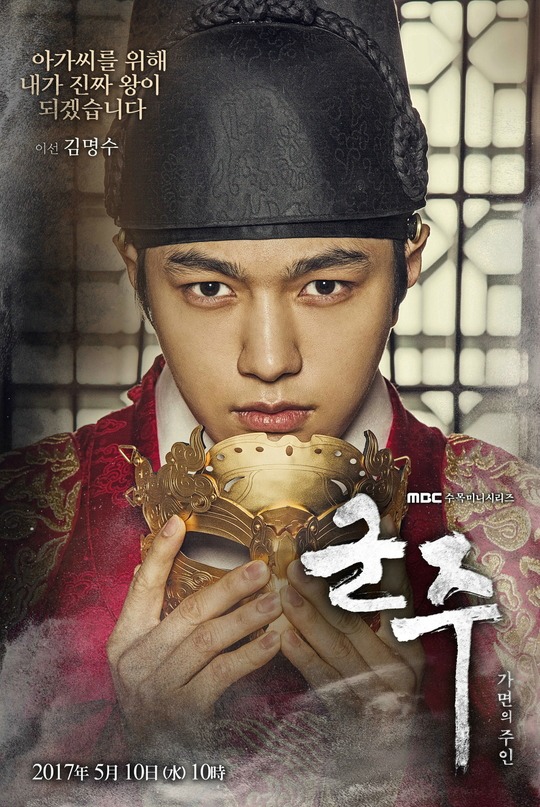 The historical period drama stars Kim as commoner “Lee Sun” who acts as a stand-in king. Despite acting alongside veteran actors Yoo Seung Ho and Kim So Hyun, the limelight was on Kim whose performance bagged him the title of “June’s Actor of the Month” from Munhwa Broadcasting Corporation (MBC). 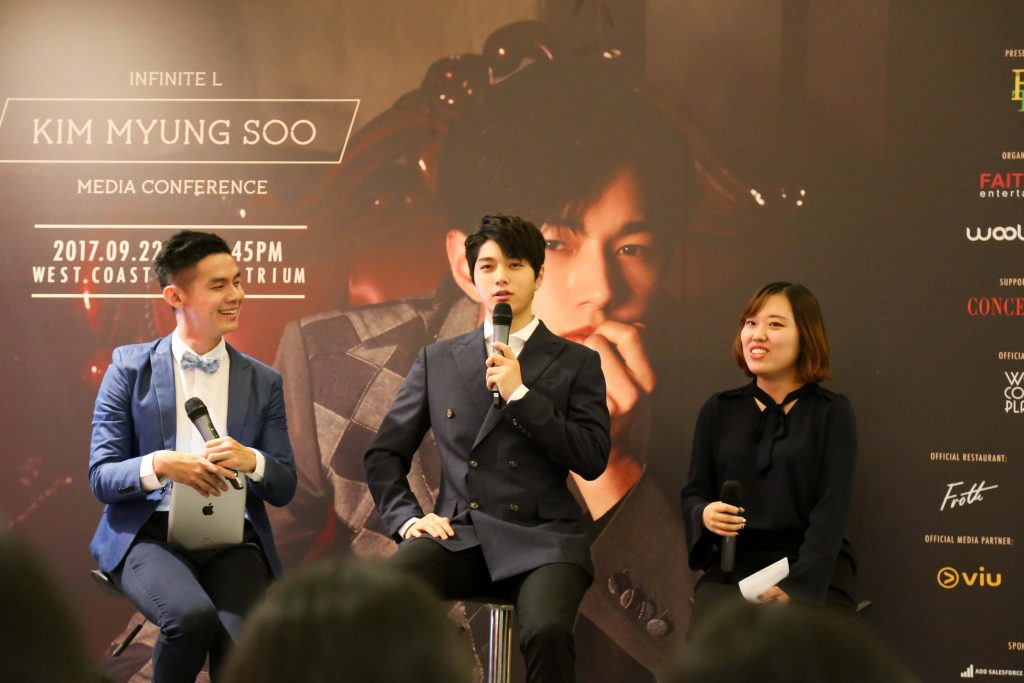 (Kim Myung Soo sharing about his experiences as an idol-actor at his press conference. Photo: Sherlyn Sim)

While he may have achieved success as an Infinite member, Kim believes that acting allows him to showcase another talent.

He said: “As Kim Myung Soo, you can see more sides of me in acting I couldn’t show you as (singer) L on stage. One of the benefits of being an actor is that you can see me in different roles that aren’t (the real) me.”

Dephanie Ng, who has been admiring the star since 2013, quipped: “In the middle of the drama, his character almost turned into a villain. I was so annoyed and even began to dislike his character… It’s all thanks to his acting that made fans like me feel that way! ” 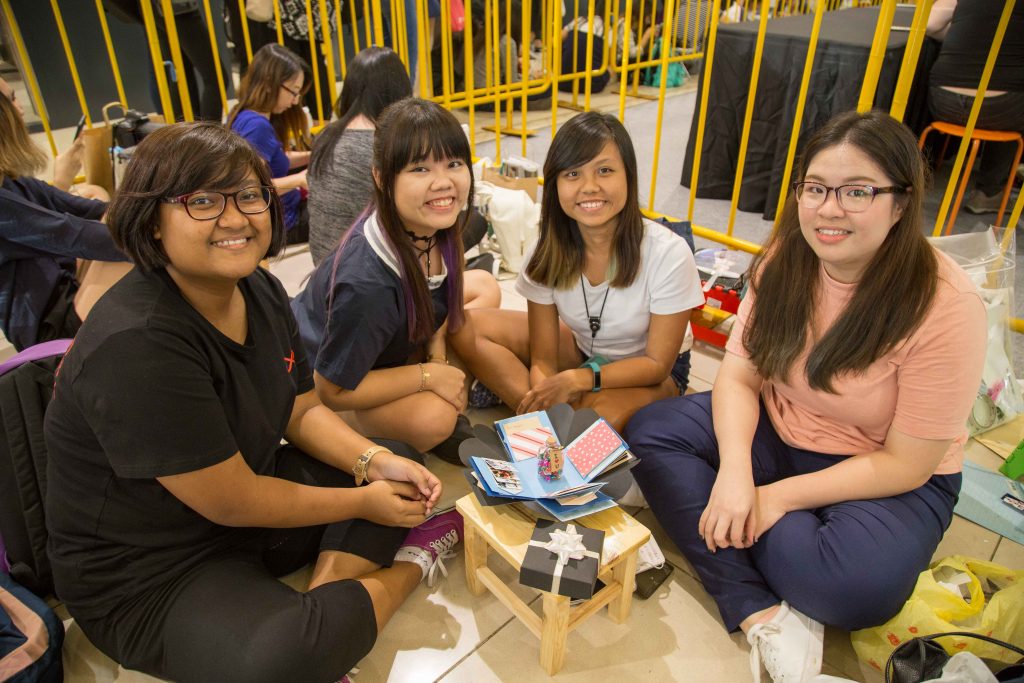 (Christina Lee (right) waiting in line with fellow fans where they prepared a pop-up card for the actor together. Photo: Sherlyn Sim)

Another fan, 20-year-old Christina Lee who waited for the actor since 5 am, believes Kim’s never-ending diligence towards acting is the key to his success.

She gushed: “His acting improved drastically from his first drama “Jiu”. I’m very proud of him as I heard he initially failed the first audition (for The Emperor: Owner of The Mask) but never gave up and continued to grow. He even took up personal lessons like horse riding and acting for historical dramas!”

“The emotions in his eyes are very intense. Just looking at his gaze alone, you can tell he has put a lot into acting. The voice he used in this drama in vastly different from his previous ones,” she added.

With regard to his future as an actor, Kim hopes to take on a role that suits his age perfectly.

“I’ve been leading my career as singer L for the past 7 years. I’m quite confident that I can approach more fans as Kim Myung Soo by showing a different aspect of me. You can watch me grow as L and Kim Myung Soo so please show me support in the future.”

What kinds of roles would Singaporean fans hope to see Kim Myung Soo play next? Here’s what they have to say. 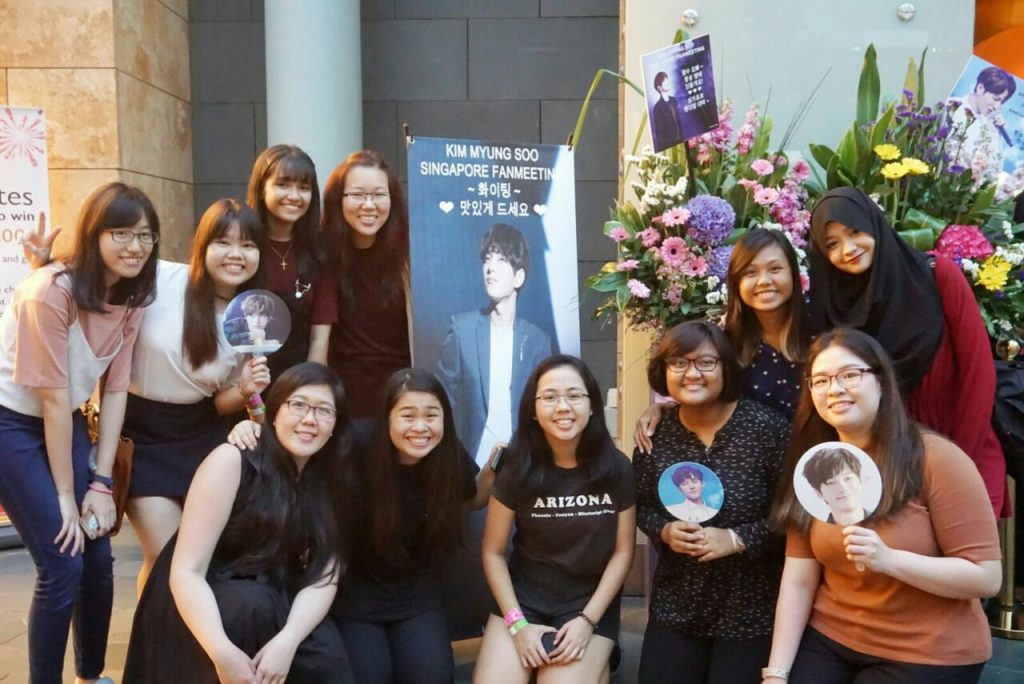 “I’ll like to see Myung Soo in a comedy role. The roles he had played previously were all very charming. I want him to step out of his comfort zone and show a totally different image!”- Tham Shu Wen, 22

“I want to see him in medical dramas. Medical dramas are quite tough to act in and it’ll be cool to see him try out a role as a doctor or surgeon.”- Dephanie Ng, 18.

“I would like to see him in an action drama. I want him to portray a bad guy as I’ve never seen that side of him before. It’ll be quite refreshing.”- Christina Lee, 20.