The traditional art of embroidery has found new, young fans, thanks to artists who are gracing social media with their work.

27-year-old Teresa Lim’s Instagram photo of herself playing violin in a bathtub may seem ordinary at first glance, but upon a closer look, she’s set against a backdrop spun entirely out of thread. At the frontier of the rising embroidery trend on social media, Ms Lim enjoys pushing boundaries with her artwork.

This photo is just one in a series of wacky, comical photos the home-grown embroidery artist-cum-illustrator has constructed for her latest creative project, My Sewcialmedia.

Stitching scenes of the Maldives and Los Angeles taken from her friends’ social media, Ms Lim would then insert herself into the embroidery using Photoshop. She then showcases her creations to the more than sixty-five thousand followers she has on her Instagram account, @teeteeheehee. 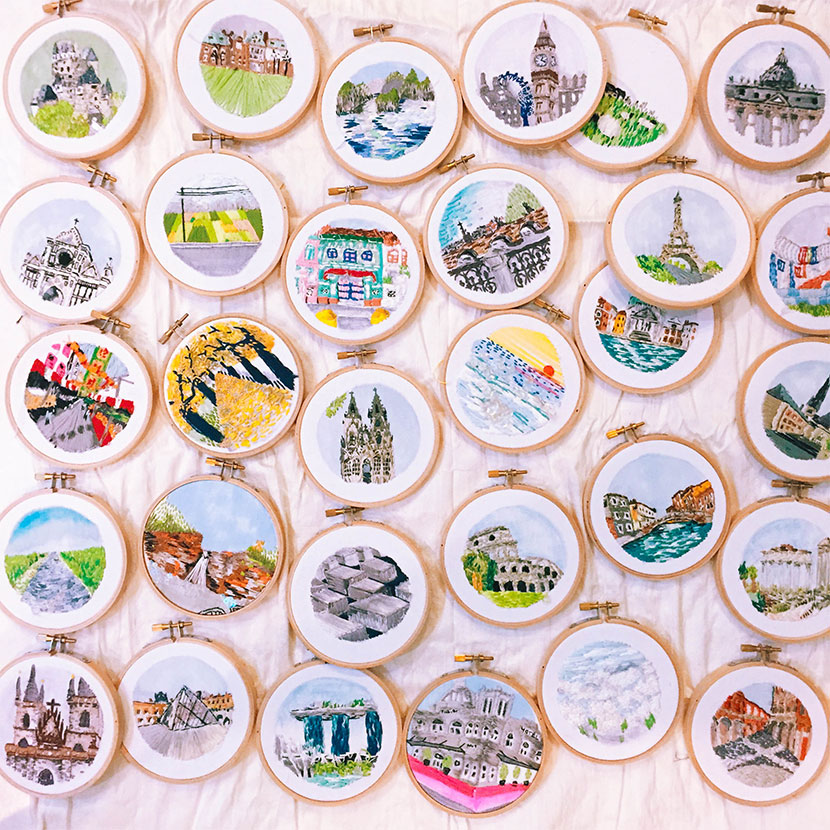 In 2016, Vogue Magazine declared the revival of embroidery as “the most fashionable update for fall”. From runways to high-street fashion stores, embroidery has made a striking fashion statement. But much credit for this art form’s comeback goes to social media.

Videos detailing the elaborate stitching process, photos tagged with #hoopart and accounts dedicated to sharing works with tens of thousands of followers, like @embroidery_instaguild and @tessa_perlow, are all part of the embroidery trend on Instagram.

These Instagram posts were precisely what spurred Seet Mingli, 22,  to try out the craft. In 2014, the Fashion Media and Industries graduate from LASALLE attended a workshop by Ms Lim after being inspired by the numerous embroidery artists on Instagram.

She said: “People haven’t had much exposure to embroidery in the past… but with social media now and many talented artists, it brings a whole new perspective to this craft.” 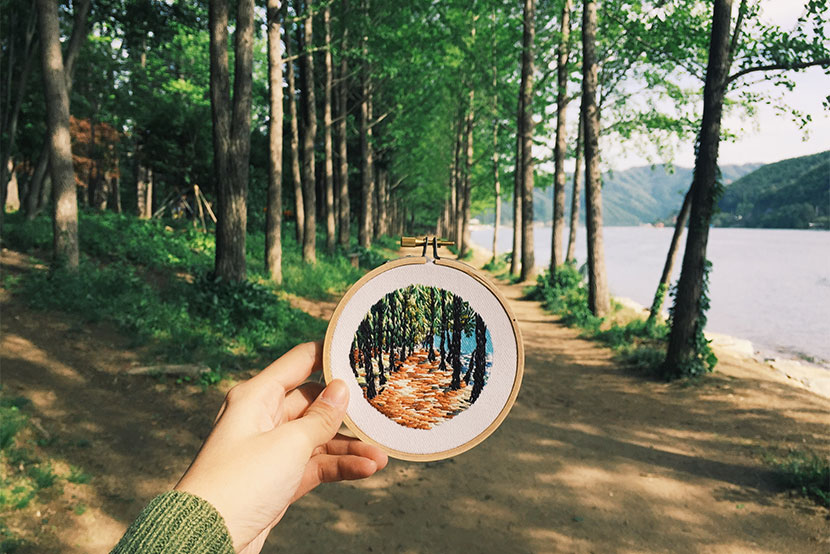 Ms Lisa Lim, 33, a freelance copyeditor who sells embroidery hoop art on Etsy, also felt that social media serves as a platform for “crafters and artists to share their process and create contemporary designs that appeal to the younger demographic.”

Today, embroidery artists and enthusiasts are experimenting with all kinds of materials. “Artists are becoming very radical [in expressing] things that people do not associate embroidery [with],” said Ms Teresa Lim.

Her own series of stitched illustrations titled Etiquette “explores the notion of female identity”. On her website, Ms Lim acknowledged that embroidery has been historically perceived as a symbol of “subservience and domestication” for women.

Hence, she intentionally uses embroidery to defy conventional femininity with unexpected, crude depictions of women. Her bold choice of subject matter, she would like to think, makes her pieces modern.

“I also like to experiment with material, so recently I started embroidering with plastic,” she added. Other materials that have stood out in embroidery include paint and felt. 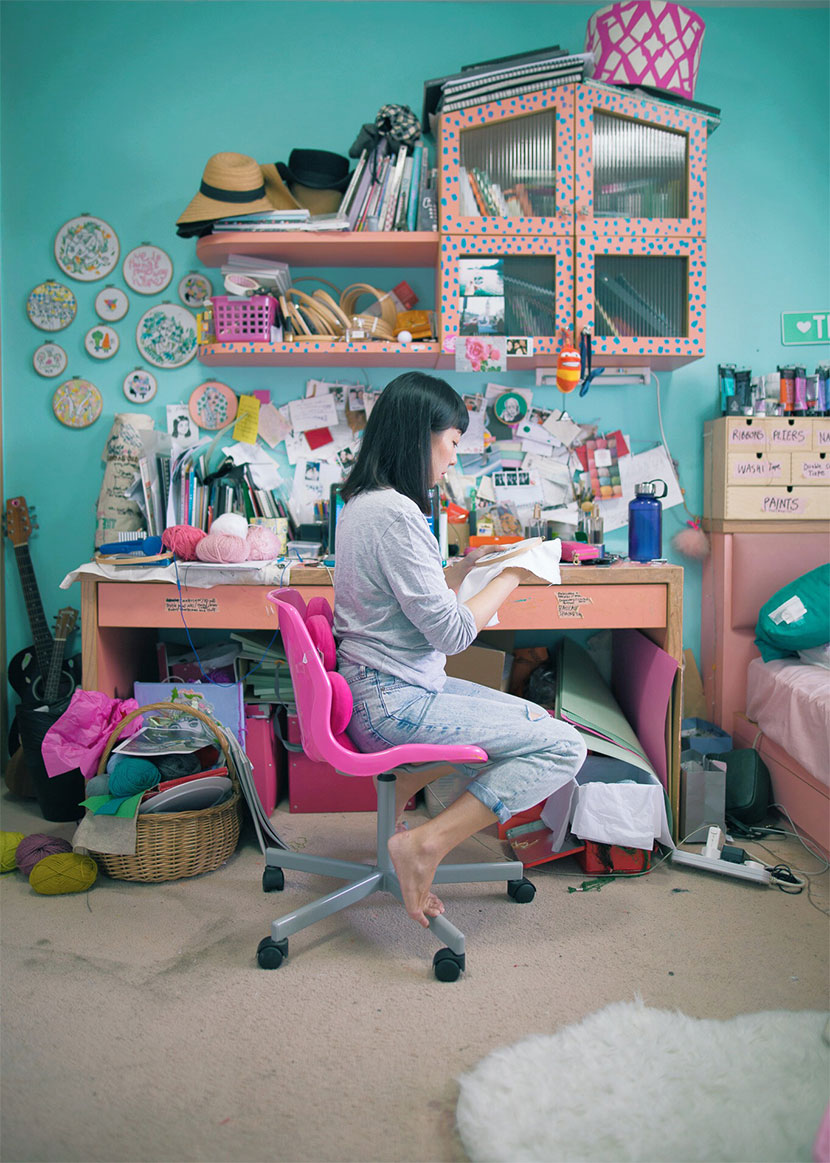 The freedom in meshing mediums in a novel, fresh way, allows youths to unleash their creativity, express themselves and have fun experimenting with the craft.