Teo Zheng Yi Enoch shares how his love for cooking saved him from a life of vice.

By all accounts, he should have failed.

A school dropout at age 14, 27-years-old  Enoch Teo was an ex-gang member with a history of drug use. No one could have imagined that the rebellious teen would one day become the co-founder of a successful social enterprise. 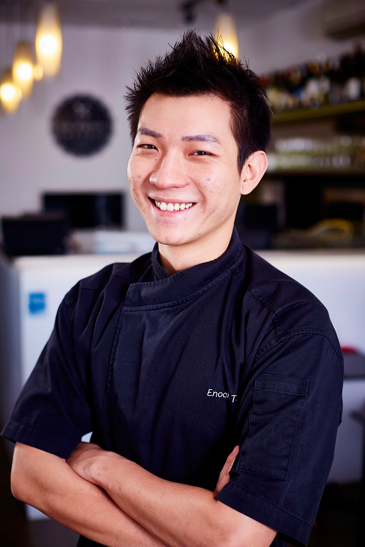 Mr Teo is now the co-founder of E&I Food Concepts and one of the brains behind Garçons, a casual French dining concept that serves delicious and affordable European food. Since opening in 2015, they now have four outlets, with the latest one located at Savourworld. 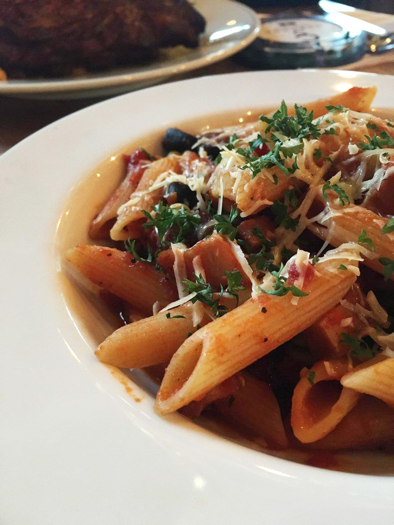 Garçons is a social enterprise that hires at-risk youths and teaches them to cook, teaching them skills to empower them. Mr Teo was inspired to help these at-risk youths as he understands how it feels like to have a troubled past.

He was arrested for breaking into a car at 16 and tested positive for drugs. He ended up spending a year in a halfway home. Despite the overwhelming odds, his love for cooking drove him to change his life around.

Mr Teo first fell in love with cooking during a short 6-month stint working at a Tze-Char (cook and fry in Hokkien) stall. Then 15 years old, he “felt that he was good at doing something” for the first time in his life. He realized then, that cooking was something he would like to do professionally as he figured he was able to do it well and that “there was good that (he) could do to others.”

Mr Teo believes that these youths are at risk not because of their backgrounds but because they lack focus.

“They become at risk when they reach a certain age and they realize they haven’t accomplished much. They turn to shortcuts, things that can get them a quick buck. They turn to things that don’t need any specific skillsets”.

Through the social enterprise, he aims to help them reform in the hopes of inspiring them to pursue a culinary career.

One of the youths he has helped is Mr Kevan Tan, an ex-offender who is now the head chef of Two Hands, a restaurant he opened with the support of Mr Teo and co-founder of Garçons, Mr Immanuel Tee.

Regarding Mr Teo as his mentor, Mr Tan said that Mr Teo has taught him that he “must have goals in life.” A current employee at Garçons, who only wishes to be known as David, feels the same way; he too sees Mr Teo as a role model who gave him hope.

Despite the various success stories, Mr Teo has met numerous challenges along the way. He shared that among the youths that he has helped, many have returned to drugs, gangs or some form of vice and that only 40 per cent of them have successfully reformed.

For some, factors such as their environment make it difficult for them to reform. For some, the allowance from their parents exceeds the salary they earn at Garçons, making the job and employers redundant. Mr Teo said: “Going back to their previous lifestyles is easier than change.”

While 60 per cent of those have not successfully reformed, Mr Teo is “most satisfied with the process itself than just the results.”

Throughout his journey, his drastic change from a convict to a successful entrepreneur has made his parents proud. Despite his success, his mother, Linda Hoe, 54, “still pushes (him) to achieve more and work harder and applies (more of a) tough-love approach.”

Even with the failures that Mr Teo has encountered, he believes that “in every crisis there is opportunity, it’s about how you find the opportunity in the crisis.”

That is what keeps him going.