The UrbanWire finds out how realistic Virtual Reality games can get.

Thousands of alien ships are charging towards you, rapidly firing missiles in your direction. You retaliate and fire back at the buzzing alien ships. A single alien missile pierces through your body and you collapse onto the floor. The waves of alien ships seem endless. How long can you keep your planet safe? 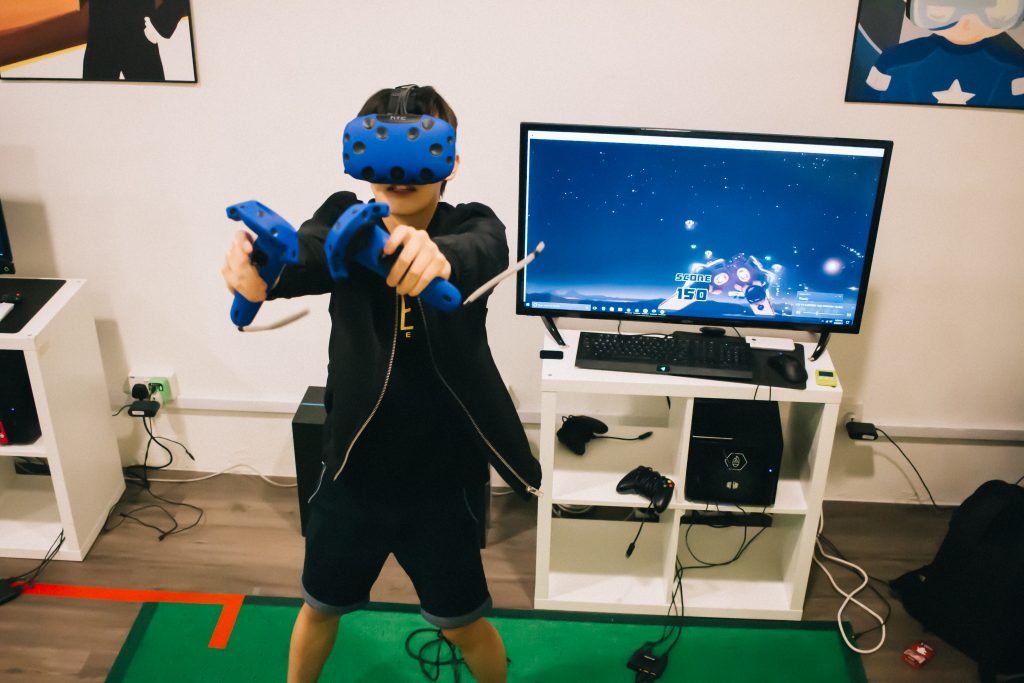 This was a scene from a virtual reality (VR) game, Space Pirate Trainer. The game is available at Ignite VR, Singapore’s first virtual reality arcade, which opened at Marina Square in December last year.

This was soon followed by the opening of Singapore’s second arcade, V-room, in March this year. V-Room’s 2,000 sq ft space includes 12 gaming stations that provide a realistic virtual reality experience to customers. 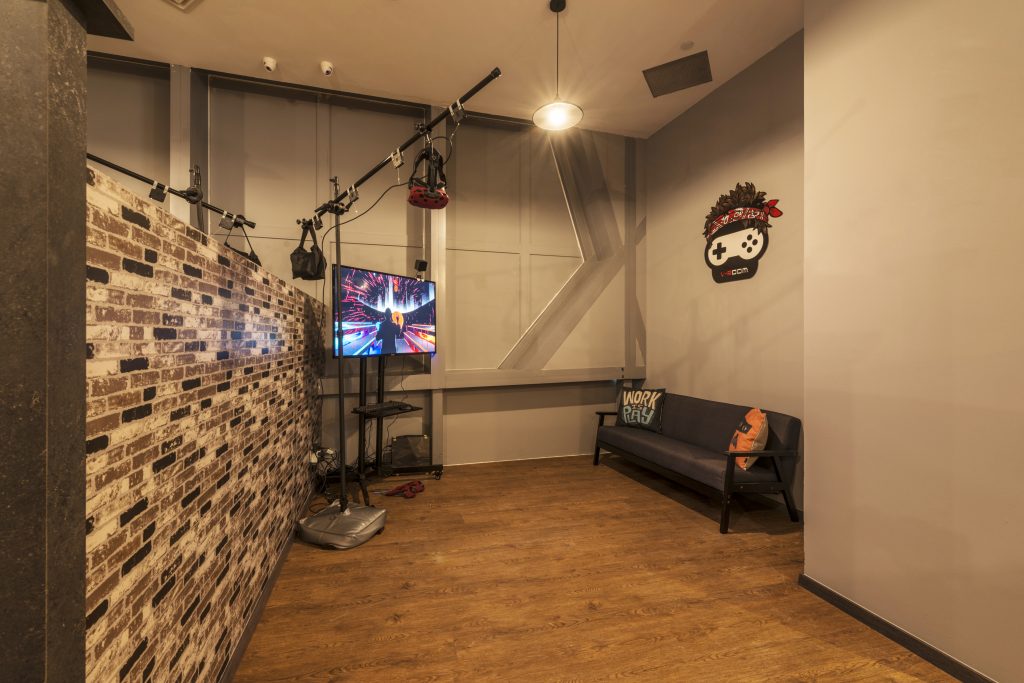 One of the 12 gaming stations at V-Room, a virtual reality arcade in Singapore.
Photo: V-Room

“We are a company that takes fun seriously. Opening an arcade has always been what we wanted and a VR arcade is perfectly in line with our aim to bring the latest VR technology to Singapore,” said Mr Jonathan Ye, 32, director of V-Room.

While the concept of virtual reality arcades started in the 1990s in America, it only rose to popularity in the past few years. A study by market research and consulting firm Tractica stated that the combined revenue for VR equipment and content will have a 142% compound annual growth rate and will increase drastically from USD$108.8 million (S$147.6 million) in 2014 to USD$21.8 billion (S$29.6 million) in 2020 worldwide.

The success of VR arcades overseas was the main inspiration for the ones in Singapore. Mr Koo proudly said: “I visited one in Taiwan called Vive Land VR! It was opened by HTC, which is the brand of the VR equipment that we are using here. We also have the Oculus Rift as well.” The Oculus Rift is a virtual reality headset developed and manufactured by Oculus VR, released on March 28, 2016.

Mr Yitch Cheng, 33, a customer of Ignite VR, said: “I have been to a similar arcade in Malaysia before. I had to try Ignite VR after hearing that a similar virtual reality arcade had opened in Singapore.”

Another customer, Mr Kenji Ong, 33, said: “I heard about virtual reality arcades from my friend. It is a good alternative to regular sports and acts as a form of exercise.”

Ignite VR has recently hosted a competition in May on the game Long Bow, which involves the player shooting with a bow and an arrow to protect their castle. The competition is also Singapore’s first VR Sports Tournament. 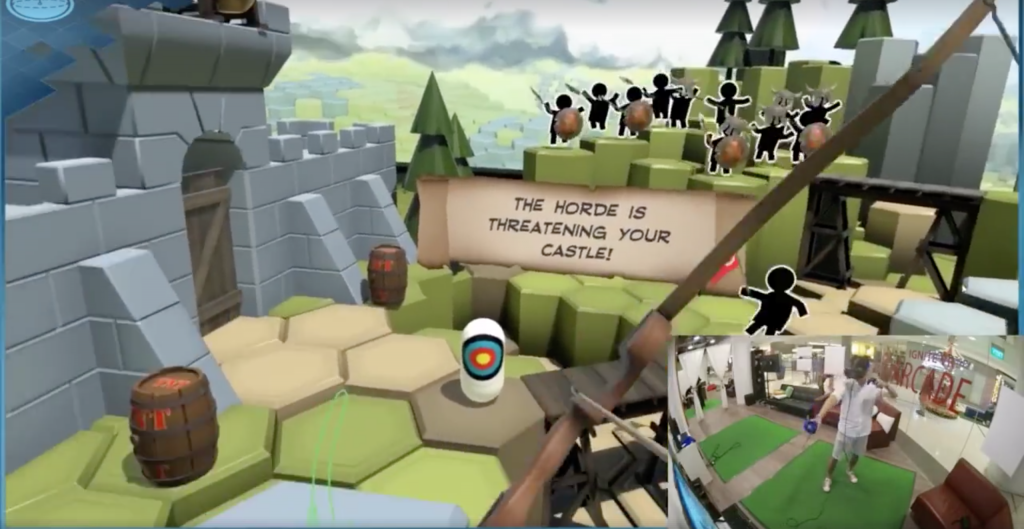 “It’s unlike something you have tried before. It took some time for people to pick up the courage to try it, but those who tried ended up coming back for more. Our most popular games are Keep Talking and Nobody Explodes, Brookhaven Experiment and Bullet Sorrow. Business is definitely picking up!” said Mr Roy.

Both Ignite VR and V-room report that their customers are mainly groups of friends and families. “There is no age limit and neither is it targeting only gamers. It is definitely the next hangout for any gatherings because of the wide variety of games which can be educational, physical or just arcade style fun,” Mr Ye added.

21-year-old Mr Jasper Lee said: “This has been a fun experience. I urge anyone to try this if they have not. At the moment, I’m the only person in my family who plays at VR arcades. I definitely plan on coming again with family in future.” 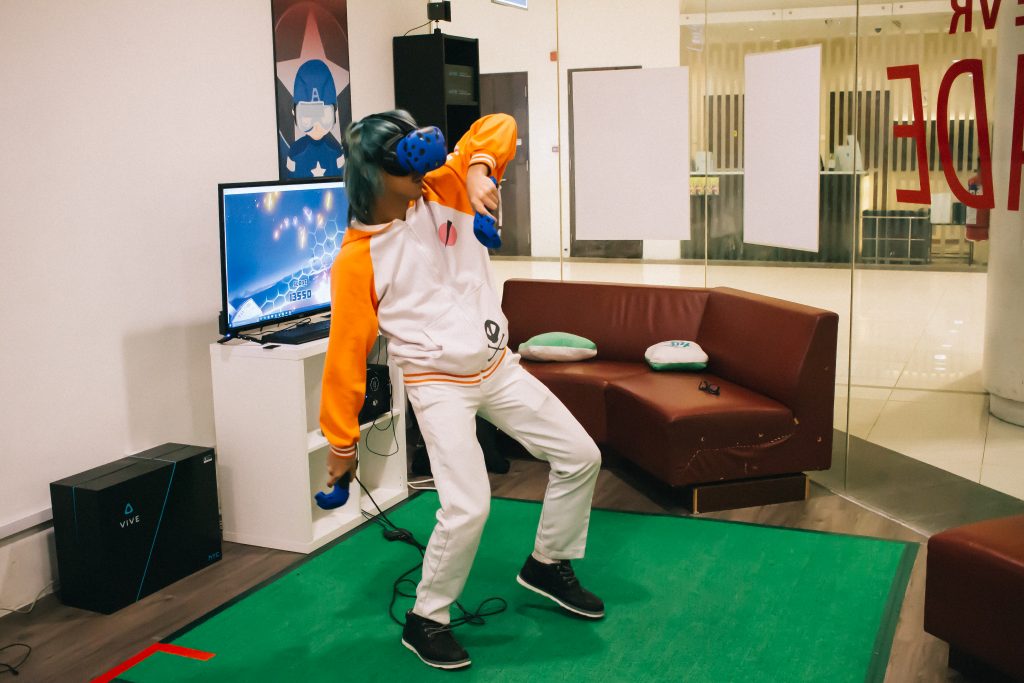