She speaks no Hindi but Nur Khairiyah has boldly directed a Hindi play at the Dastak theatre festival.

That’s how Nur Khairiyah describes her obsession with Bollywood.

Professionally, the 30-year-old Singaporean Malay is better known for her contribution at Hatch Theatrics, which comprises a collective of theatre makers who are passionate about Singapore’s contemporary Malay theatre. But the freelance drama teacher is also extremely well-versed in all things Bollywood thanks to her best friend Hafidz Rahman’s influence. 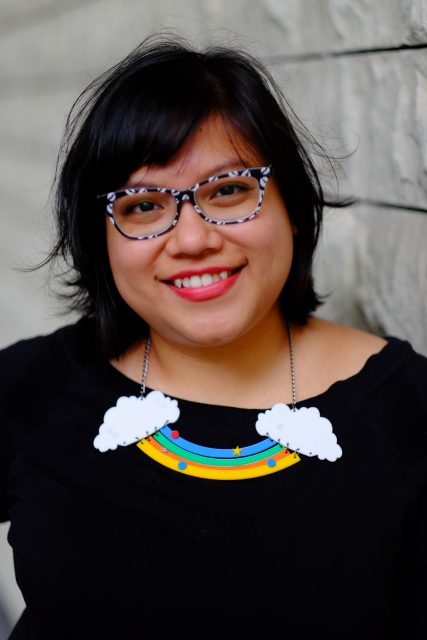 “Commercial Bollywood films sells dreams and fantasies. They say the songs are too long, but I LOVE IT,” said Ms Nur Khairiyah

“Hafidz forced me to watch Bollywood music videos when we were classmates in LASALLE College of the Arts,” Ms Khairiyah told The UrbanWire. “In between classes, he would take out his MacBook and asked me to watch Koffee with Karan with him. I got so hooked that once we rushed from school to Yishun GV [Golden Village] Cinema … to catch Jodha Akhbar after class.”

This year, Ms Khairiyah got a chance to flex her Bollywood muscles when she was invited by stand-up comedian Sharul Channa to direct a 10-minute play, The Pizza Delivery Boy, for Dastak, Singapore’s only Hindi theatre festival. In its second year running, Dastak featured 10 short plays that covered diverse themes from dysfunctional families to middle-aged dating and transgender issues. 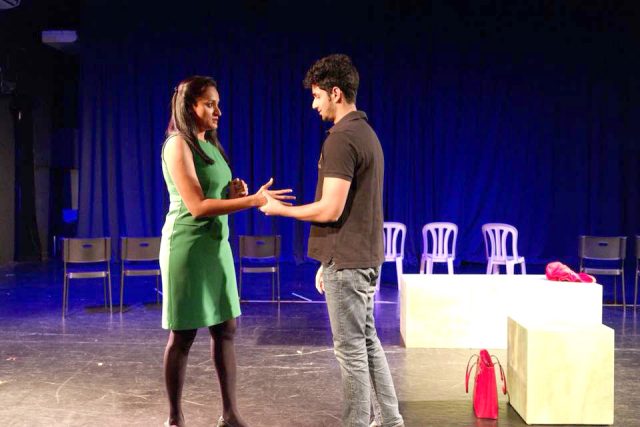 While Ms Khairiyah spoke no Hindi, she’s done a fine job directing The Pizza Delivery Boy, according to Mr Gaurav Kothari, the actor who played the pizza delivery boy.

“My first impression was like ‘Are you sure? Will she be able to do it when she doesn’t understand the language,” said the 20-year-old actor, who’s also a student at Singapore Management University.

But his qualms dissipated once he started working with Ms Khairiyah.

“If you don’t know the language it doesn’t matter because it’s more about understanding what’s underneath the language…and I think she does that really well,” said Mr Kothari, who’s all praise for Ms Khairiyah’s inclusive and patient directing style.

Beyond theatre, Ms Khairiyah has also built a humble business out of her Bollywood obsession. Together with her husband Faizal Abdullah and best friend Hafidz Rahman, she’s started The Pinwallas, which sells Bollywood themed pins featuring Bollywood’s leading men and ladies. 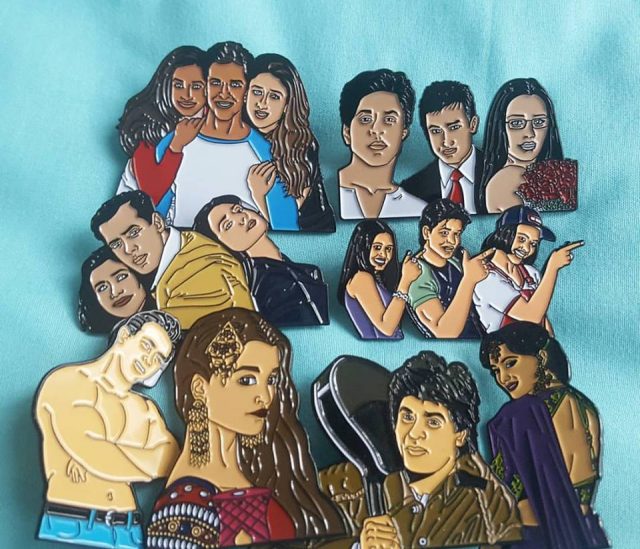 “The [enamel] pin community is ever growing but to date we have yet to see anyone selling Bollywood pins,” said Mr Hafidz, 29, an arts educator and YouTuber. Hence, his team is confident of the market demand for their products.

The company has shipped more than 200 pins to Bollywood fans in Singapore, Brunei, Canada and the UK so far.

If you have yet to catch the Bollywood fever, Ms Khairiyah would like you to get started with these Bollywood classics. Check out her top picks in this timeline.

A combination of the words Bombay and Hollywood, Bollywood is the Hindi language film industry based in Mumbai, India.

Bollywood films are known for their musical numbers, larger-than-life portrayals and an average run time of 2.5 hours. According to the BBC, Bollywood produces over 800 films and attracts an average of 14 million cinemagoers a year.

Dastak is Singapore’s only Hindi theatre festival. It started in 2016 and returned for its second run in November 2017 at Goodman Arts Center. The 2017 edition features 10 plays by 10 different directors.

The UrbanWire has 3x Bollywood-themed enamel pins to giveaway.

Stand a chance to win a Bollywood-themed pin!