He Lives to Fish

A young angler shares why he takes the trouble to find remote fishing locales in Singapore.

For avid angler Francis, every fishing excursion is a hush-hush affair.

“I don’t want people to know where I fish,” said the 25-year-old. “I work hard to find these spots.”

As a result, although Francis enjoys showing off his catches to fellow enthusiasts on a Facebook group, he makes sure his pictures aren’t giving away too many details.

In fact, even if he were to reveal the exact locations of his favorite haunts, many leisure anglers aren’t likely to follow in his footsteps. 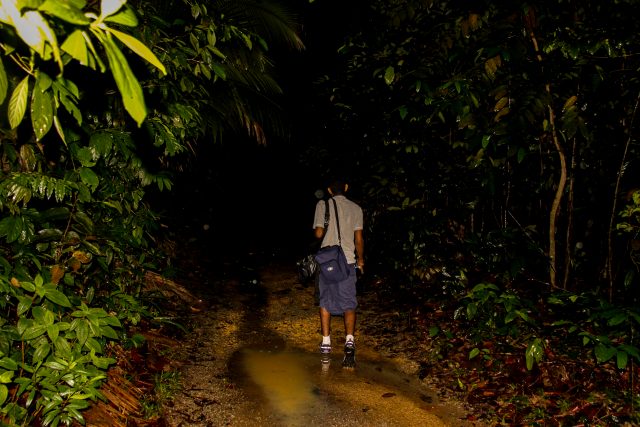 To get to one of his “secret spots” in the west of Singapore, one needs to trek through thick undergrowth on water-logged soil in unmarked forested trails. To add to the challenge, he often begins his 30-minute trek way before dawn, using only the light emitted from his cellphone to help him negotiate his way around the moss-covered rocks and boulders.

Starting early makes sure he can arrive at his destination – a beautiful, tranquil lake –before the sun wakes at 7:11am. 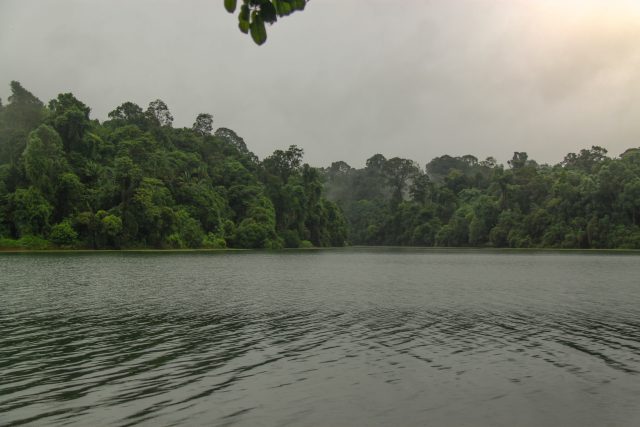 “I have no issue waking up early (at 5am),” Francis told The UrbanWire. “The fish start feeding as soon as there is enough light for them to see, so you need to start fishing at that time if you want to catch anything.” 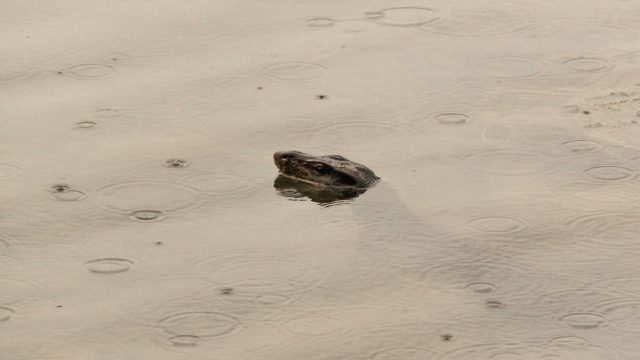 His secret spot is an oasis for wildlife. There are frequent sightings of the Malayan Water Monitor (above). Francis said he’s also seen other dangerous animals such as cobras. 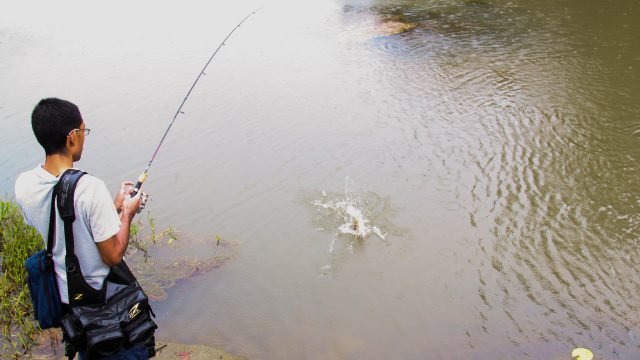 It wasn’t long before Francis scored his first catch. The fish tried shaking off the hook with several acrobatic leaps but he managed to land it quickly. 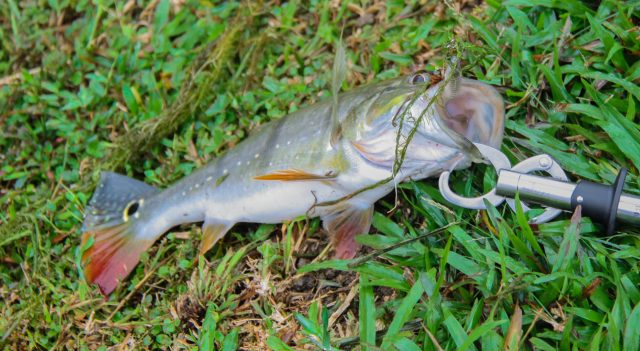 He identified his catch as a Peacock Bass, a non-native fish that was introduced to Singapore’s waters and is prized for its hard-fighting and aggressive nature. While the Peacock Bass is edible, Francis has never taken one home to cook. 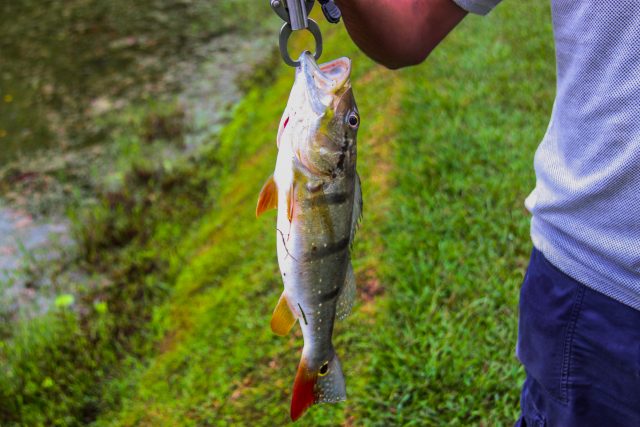 “Every angler should use lures instead of bait and release the fish that they catch.”

“If I don’t practice CNR (catch and release), the fish won’t be there the next time I come back,” he said.

In Singapore, it is in fact illegal to fish outside designated zones in the reservoirs at Bedok, Upper and Lower Pierce, Upper and Lower Seletar, Pandan, MacRitchie, Marina and Kranji. But Francis is not worried about flouting the rule.

“I’m not afraid of being caught, you don’t see anybody here because it’s so remote.”

In 2014, the National Parks Board issued 271 notices for fishing-related offences, such as fishing outside designated areas and fishing with bait. First-time offenders are fined $50; repeat offenders can be fined up to $3,000, according to the Public Utilities Board (PUB).

Still, Francis believes he has good reasons to look for his own fishing spots.

“All the legal areas have been overfished by migrant workers who don’t practise catch-and-release. They take whatever they catch and cook them.”

It is not illegal to for anglers to take home their catches so as long as they are fishing within the designated areas.

“If you want to stand a chance at catching anything, you have to go explore,” Francis said.

He added that there’s no point declaring more water bodies in Singapore as legal fishing zones.

“If you open up the areas, you’ll just have more people taking home more fish. The fish will leave the area. I think having a fishing season license, the way it’s done in other countries like New Zealand or Canada, is much more effective. People can roam freely and fish anywhere as long as they have a license.”

Until then, he hopes his secret oasis can remain off the radar for as long as possible.