Want to know what the iconic funnyman’s hero avatar is on battle arena game DotA? Read on.

There’s a chance for celebrity sighting in the world of Defense of the Ancients (DotA) 2. Just look out for a sniper called Inchijap.

Behind this alter ego is in fact Gurmit Singh, the actor-host who’s best known for his multiple award-winning comedic performance in the popular, long-running sitcom Phua Chu Kang Pte Ltd. The 53-year-old is of Indian and Chinese-Japanese parentage, hence the name Inchijap.

“I was introduced to [the game] by a young actor Justin Lacey from the show Lifeline,” said Singh, who has been playing DotA, a wildly popular multiplayer online battle arena game for more than 10 years. He used to bring his laptop to shoots in the past so that he could play DotA while waiting for his scenes.

He’s also been hooked on other games such as Dune. Once, he played the adventure strategy video game for 17 consecutive hours. “I stopped only because it wasn’t my computer,” he said with a laugh. Had he not been an entertainer, the self-professed “computer geek” said he would likely have worked as a system analyst or computer programmer. 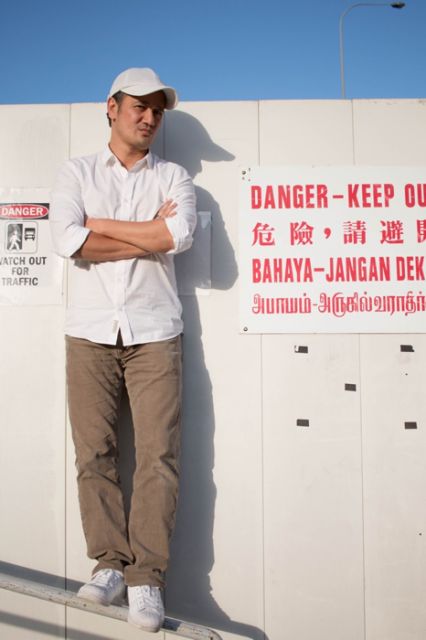 Gurmit Singh spoke to The UrbanWire about his obsession with video games such as DotA and Dune.

Singh was one of Singapore’s most prominent showbiz personalities when he was a full-time MediaCorp artiste from 1994 to 2014. He’s a five-time Best Actor (Comedy) winner at the Asian Television Awards, a prolific TV and event host, and had also starred in movies such as One Leg Kicking, Just Follow Law and Taxi! Taxi!

Singh decided to slow down on his career front three years ago in order to spend more time with his family. He now takes on hosting gigs on a freelance basis, and also volunteers as a council member of Families for Life, formerly known as National Family Council.

For him, getting used to a less punishing schedule is easy. “I’m essentially a very lazy person. I can sit in front of the TV for 24 hours and I’m happy.”

The switch has also given him and his family the opportunity to learn that “there are things they can do without”.

“One of the things I told my kids was that Papa would be doing freelance, so we would have to cut down on a lot of stuff. For example, we’ll never fly business class again,” he said, adding that his three children are supportive of his decision. 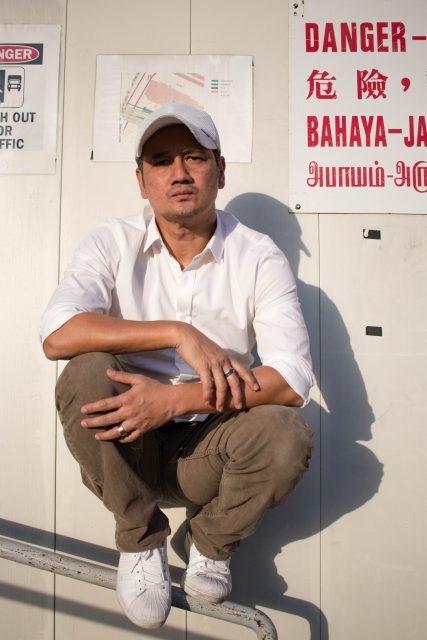 Gurmit Singh opens up about his childhood, marriage, family and his personal struggles with inferiority complex and depression.

Singh’s married to Ngee Ann Polytechnic lecturer Melissa Wong. They met when he was 22 and she, 17.

“I was her first boyfriend. Some people said that we wouldn’t last. Even we thought we couldn’t last.

“My parents told me with clarity that I should marry the same race and her mom had told her that she doesn’t like Indians,” he said with a laugh.

The couple have been together for 30 years. Now that Singh has more time, he’s also been a more “useful” husband – one who can fix things, unclog drains, water plants and cook for the family. He claims his wife “thinks very highly of his mussels in garlic and white wine”.

It’s easy to assume that his life is a picture of family bliss and professional success, but Singh has been through difficult times. Last year, he released a memoir, “What Was I Thinking?”, in which he opened up about his parents’ struggles with cancer and his own struggles with epilepsy and depression.

Singh was most upset with himself after he lost his parents to cancer in 2001 and 2003.

With time, Singh has managed to get over self-blame – just like how he overcame inferiority complex in the past.

“I used to think that I was so ugly…uglier than the elephant man. When I see the mirror I don’t see this (his face), I see something else.

“One day there was a lightbulb moment. It struck me that if I think that way, then I’m actually insulting my parents…so it stopped.” 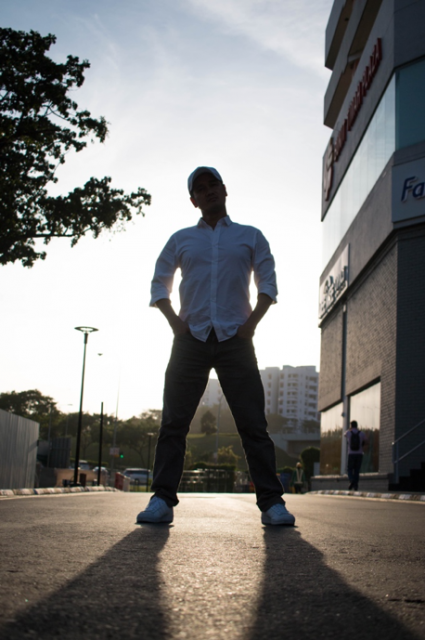 Gurmit Singh takes pride in all his acting/hosting gigs, and is also serious about having fun.

While he’s learnt to be less self-critical, he still takes his performance very seriously.

“Even till today, having been in the business for 30 years, I still feel nervous before any kind of show.

“It is tough, but it’s good that I feel that way, because my rationale is that it shows that I care for what I’m doing. If you bochup (don’t care), you won’t perform to your maximum.”

And of course, he’s just as serious about having fun in the world of DotA.

If you’re a fellow DotA player, tell us about your Inchijap sightings.