This 25-year-old is saving a 500-year-old language

This story is a finalist entry in AUGUSTMAN‘s “Every Face Tells a Story” writing contest. It’s also published on http://bit.ly/2AtYFYD

Mr Kevin Martens Wong, a 25-year-old teacher from Catholic High School, had come prepared and placed a set of class materials on every table. Though, these are not for his usual classes; these are for the classes in which he teaches Kristang, a 500-year-old language he’s attempting to revive.

Kristang is a creole language of Continental Portuguese and Malay, deriving from Malacca in the 16th century, and is spoken by the Portuguese-Eurasian community. By the 19th century, the size of the Portuguese-Eurasian community grew in Singapore. Unfortunately, the use of the language deteriorated in the early 1900s when Singapore was under the British colony, mainly due to the rise of the use of the English language. According to Mr Wong, there’re currently about less than 100 fluent Kristang speakers in Singapore but there’s no official record on this.

Just 2 years ago, Mr Wong, who’s of Portuguese-Eurasian descent, barely knew the language Kristang. Only when he was researching on endangered languages for his linguistic magazine had he stumbled upon the language. Since then, he’d found a deep interest in the language. In just 2 months, he’s already fluent in Kristang and he’s also started up Kodrah Kristang (Awaken Kristang), a revitalization initiative. 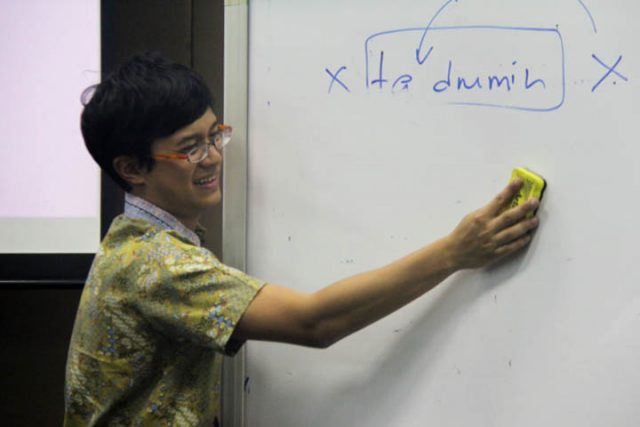 “In the linguistics, it’s very sad to see a language die,” he said, adding that Kristang is a strong part of his grandparents’ heritage.

Kodrah Kristang’s aim is to not only increase public awareness of the language but ultimately have a considerable size of Kristang speakers by 2035. To reach that goal, they run different levels of classes, with each course having 10 sessions.

For Kodrah Kristang, inviting people to join their classes is a fun challenge. Mr Wong emphasizes that his classes are different from the typical teaching system and use more engaging ways to attract people to the language. For instance, the classes are free-of-charge and have games that allow people of all ages to interact. There’re also no exams but instead diagnostics which students sit for, with no pressure of passing, to get to the next level of difficulty. 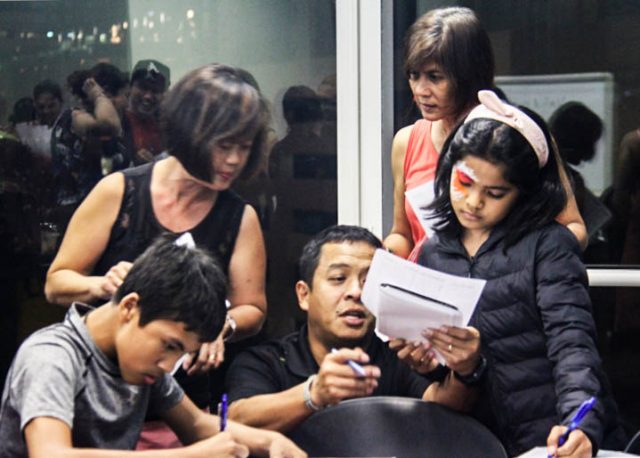 “[Kodrah Kristang] doesn’t believe that the current obsession in Singapore over grades is healthy. We don’t want to encourage that for Kristang because if people get too invested in grades, then it’s kind of meaningless,” Mr Wong said. “Grades provide a very narrow measurement of somebody’s fluency in a language.”

Mr Wong also makes use of social media, such as Facebook and Twitter, to make Kristang relevant to youngsters. He even uses YouTube as a platform to share covers of songs, such as Coldplay’s Yellow, that he’d translated into Kristang.

Kodrah Kristang’s is definitely a time and energy-consuming pursuit for Mr Wong, who has to struggle between his teaching duty and writing. Besides directing the initiative and teaching in a public school, he’s also an author. He said: “The challenge for me is not burning out because this is basically one of the longest marathons I will ever face.”

“It’s a personal challenge but Kodrah Kristang is one of the most rewarding things I’ve ever done in my life.”