Spreading Joy One Brick at a Time

Jeffrey Kong, a magazine editor-turned-brick artist shares what makes him swell with pride.

He’s been featured in multiple news outlets for winning the international New Elementary Lettering Contest and the LEGO Architecture#FillTheGap competition in Singapore. But to brick artist Jeffrey Kong, he’s most proud of his capacity to spread joy through his workshops.

The 38-year-old first discovered his talent when he stumbled on a designing software, LEGO Digital Designer, which allowed him to design with digital bricks without the need for physical blocks. 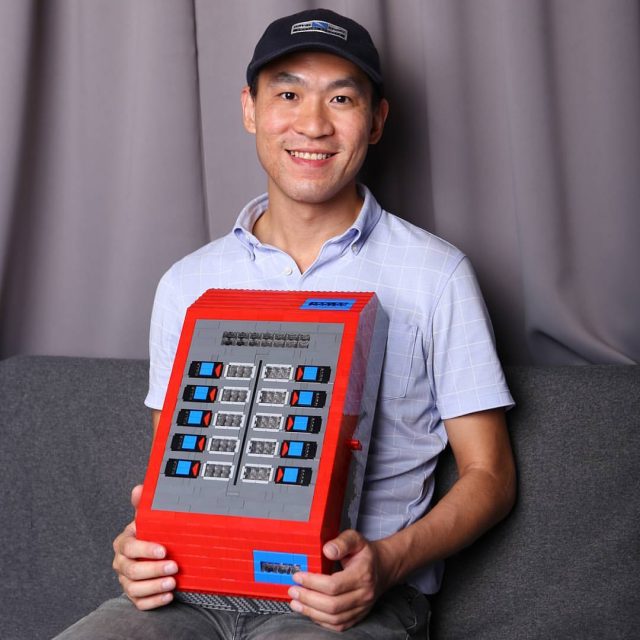 “This medium brought me lots of joy as a kid, so I decided to try the software. It’s very empowering as it’s like being able to compose music without having an instrument,” he said.

“I had fun with it and when I shared my creations, people asked if I could teach them or sell it to them. That was how I started my business.”

The former magazine editor started his own firm Artisan Bricks soon after he turned a full-time brick artist. He takes on commissioned projects, and also organizes workshops and team-building events.

“It’s only when people started asking me if I can plan lessons that I considered holding workshops,” he said.

His workshops cover how to build local landmarks such as the Dragon Playgrounds and Rochor Centre using Lego bricks.

They also provide an outlet for participants to show their creativity, and inspires them to build their own stories and express themselves.

“I think of it as part of a greater purpose. I like to share what has given me joy with others, so I figured doing workshops and team-building events would be a good way for me to do it,” he said. 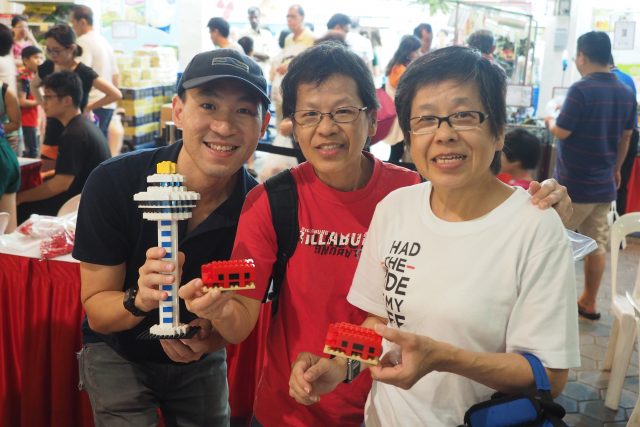 “It is through activities like these that I get to see another side of society. I like to share my story with kids to show them that life is full of possibilities. I can cite myself as an example as I have no art training, and the design knowledge I had was obtained from my job,” he added.

“I remember when I was building the Forfar House in Queenstown, one of the participants was very excited and pointed out the unit she used to stay in. It felt good as I was doing something that’s very meaningful,” he added.

Mr Kong aims to expand his business and offer more. “Every year, I aim to improve on what I have done the previous year,” he said. 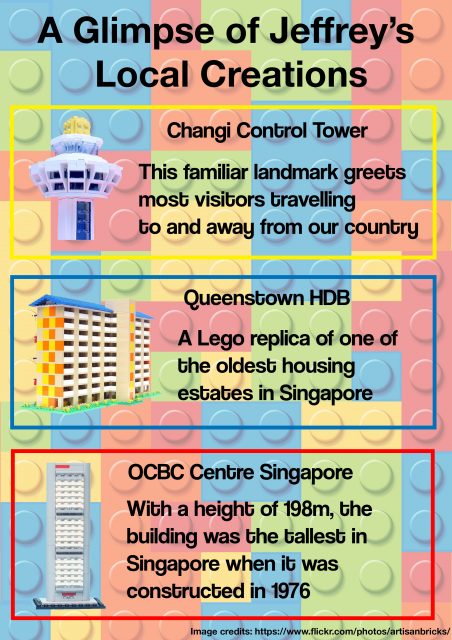