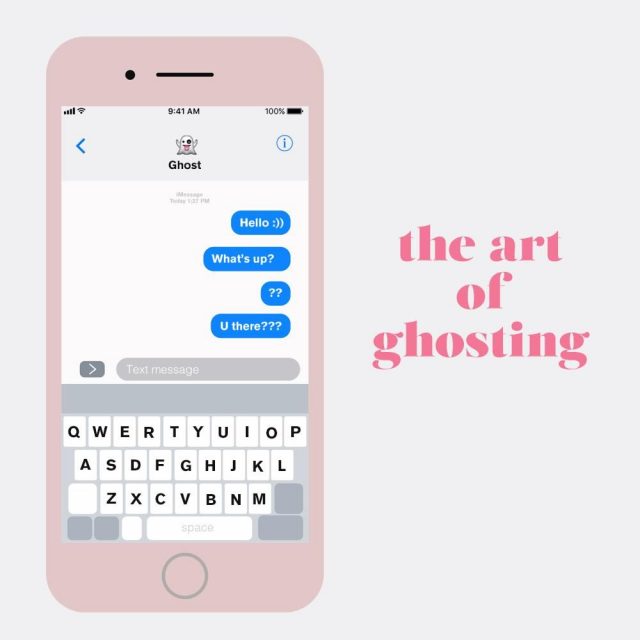 Ms Megan Wong met Joy, a popsicle seller at a market late last year. They hit it off well and followed each other’s Instagram accounts right away.

They kept in touch online and were having good conversations for quite some time, until Joy stopped responding to Megan’s messages.

In the dating realm, Joy is known as a ghoster and Megan a ghostee. Ghosting, the sudden exit from a relationship without any closure, is becoming more common as more and more people rely on texting as a main medium to flirt, court and maintain relationships.

It’s a growing trend in the dating world, along with benching and cuffing, according to the Elite Daily. Benchers are those who like stringing along a date as a backup option. Cuffers are those who feel compelled to seek love right around the holiday season.

Ms Suki Tong, a psychologist and Ngee Ann Polytechnic lecturer explains that ghosters tend to withdraw from the conversations when they sense that the other party is coming on too strongly. They find it hard to break it to the other person that they want to cease all communications and so they choose to disappear instead.

Ms Suki says in this context, “no response is a response”. By going offline, the ghoster is sending a message that he or she is no longer interested in keeping the relationship. She adds that ghosting is especially common in the online dating realm as it’s hard for ghostees to track down their ghosters.

Why do some find it so easy to pull a disappearing act on others? Ms Suki observes that ghosters are usually afraid of commitment and confrontation. They might be afraid of emotional intimacy as well. But she adds that ghosters should learn to be honest about their feelings with the other party to avoid causing unnecessary anxiety and confusion.

According to a survey by LunchClick, an online dating app founded by Ms Violet Lim and Mr Jamie Lee of Lunch Actually, most women feel ghosting is a bad practice that they would never deploy. On the other hand, most men admit that while ghosting is not good, it just happens sometimes.

Some feel that there are times when ghosting is justified. Nur Syahidah, a 19-year-old Nanyang Polytechnic student, ghosted an older man on an online dating site after he started insisting that she send him some pictures of herself. That made her uncomfortable.

“I felt guilty for ghosting him, but eventually I got over it,” she shares. However, Syahidah does not completely approve of ghosting as she thinks that it is not “an appropriate way of dealing with your problems”.

As for Megan, she felt very hurt by Joy. “I would have felt a lot better if she just told me she wasn’t interested rather than ghosting me.”

Megan also thinks that ghostees “deserve some explanations since they invested time and energy” into the other party.

“Either end it or attend to it,” she adds.