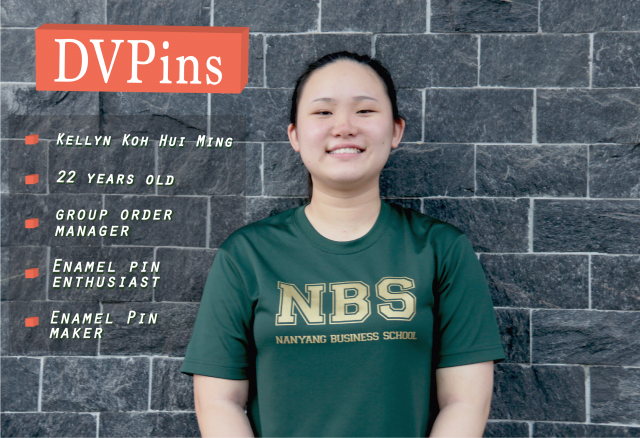 Ms Kellyn Koh Hui Ming started following K-pop when she was 14. The 22-year-old has been a BTS fan for over 4 years. Photo by Rishika Velu

Ms Kellyn Koh is a passionate fan of popular K-pop boyband BTS (Bangtan Sonyeondan). The 22-year-old business school graduate from Nanyang Technological University is also among the most entrepreneurial members in the Army (a fandom name for the idol group). From taking group orders for BTS’s merchandise to making and selling BTS-inspired enamel pins on Twitter, she’s done it all.

Ms Koh started taking group orders for BTS’s albums in late 2015. Her Twitter account @doublevoltage had only 100 followers then. They’re all her friends.

“I didn’t have the follower base to promote my products so I approached a bigger fanbase … but obviously, they didn’t want to [work with me] as they didn’t know who I was,” Ms Koh recalled.

Nevertheless, she went on to invite fellow fans to place order with her. When she makes bulk purchases for the goods and have them delivered from Korea to the same address in Singapore, she’s able to help everyone save cost.

There were 10 orders when she first started. The number has grown over the years, partly because she has since scored more followers (2,700 at last count) by being a responsible and trustworthy group order manager to her followers, partly because BTS has evolved from a fresh-faced K-pop boyband to a global pop sensation.

Ms Koh also grew an interest in collecting K-pop-inspired enamel pins as they’re “intricate, pretty and easy to keep”. She now has more than 80 pins, and has started making and selling BTS pins via the Twitter handle @dvpins late last year. 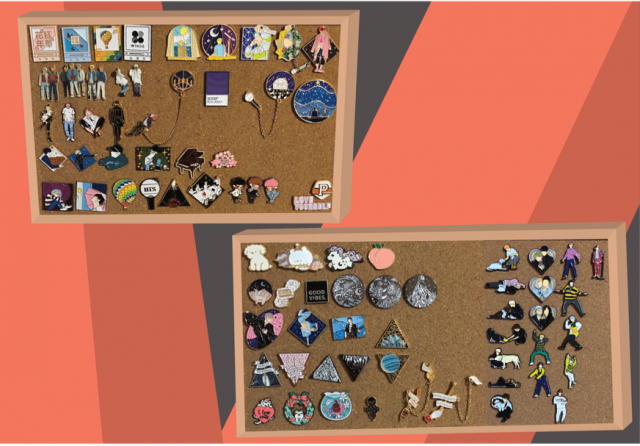 Ms Kellyn Koh prefers to display her pins rather than wearing them due to her fear of losing them. Photo courtesy of Kellyn Koh

“I thought it was very easy (to make pins),” said Ms Koh. “(However) making it is one thing but being able to sell it, is another.

“It’s very hard to stand out now (with the competition) and speed is important. The fastest fingers get the opportunity to sell their designs.”

But even if she isn’t able to turn a profit, she wants to keep making pins as a hobby.

“I would say that (making pins) is a hobby, an expensive one. I did private tutoring while studying in order to save up.”

Ms Koh has 4 designers who help her with the pin designs.

She hopes she can design her own one day. And to start learning, she’s bought and installed Adobe Photoshop and Illustrator in her computer.

“It was expensive but worth it. They were investments that I put into my hobby,” she said.

Her goals this year are: to build her brand  – dvpins, and to grow the number of repeat buyers. 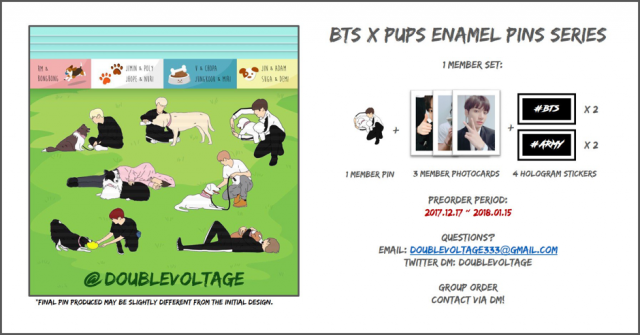 To achieve that, she said it’s important to find a unique selling point.

She explained that big K-pop pin makers such as Happipop often have one thing in common. They started off “small and worked their way up” by making designs that were “unique, fandom friendly and relatable”.

“It goes back to being part of the (K-pop) community. If you’re making pins for the group that you like, you would be more interested in it. You won’t treat it like a business,” Ms Koh said.