The UrbanWire speaks to Obstacle Upsurge, Radigals and FUSE on the challenges of being an all-girl hardcore band.

What started off as a night to enjoy good hardcore music ended in shock and disbelief for Dahliah from FUSE.

Outside the venue of Wolf Down’s headline show, she spots something abnormal at the corner of her eye. “I suddenly see a gang. They were rounding the whole area five times.”

Dahliah instantly knew something was off because the men were not part of the tightly-knit scene, but she brushed it off and proceeded into the venue.

A few sets passed, and as Dahliah stepped outside for a quick smoke break, all the loud music couldn’t numb her ears from the shouting and blood-curdling shrills outside.

The atmosphere shifted to terror when her eyes drifted from a familiar face to a pool of blood.

Her innocent friend had been stabbed. “When it involves blood and knives, it’s not funny anymore.”

The hardcore scene in Singapore is often recognized as harsh, rough and non-women friendly. Yet, there are women who are bent on chasing the lifestyle.

There are approximately 10 hardcore bands in Singapore and 3 of them- Obstacle Upsurge, Radigals and FUSE-consist of all girls. It is safe to say that men dominate the hardcore music scene; however, these women are fighting stereotypes of violence, machismo and crime by being roses among thorns. 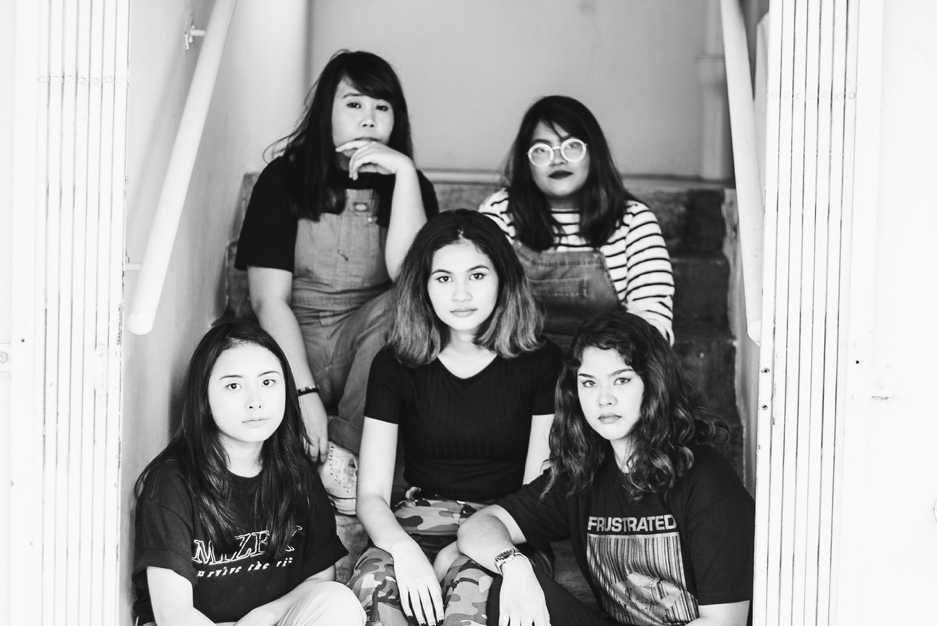 While hardcore enthusiasts may know her as the energetic guitarist of Obstacle Upsurge, to many others, Malis is a bubbly preschool teacher. Malis says: “Having a family and other commitments is everyday routine. To be in the scene, you need to find time – something the band has always done actively.” 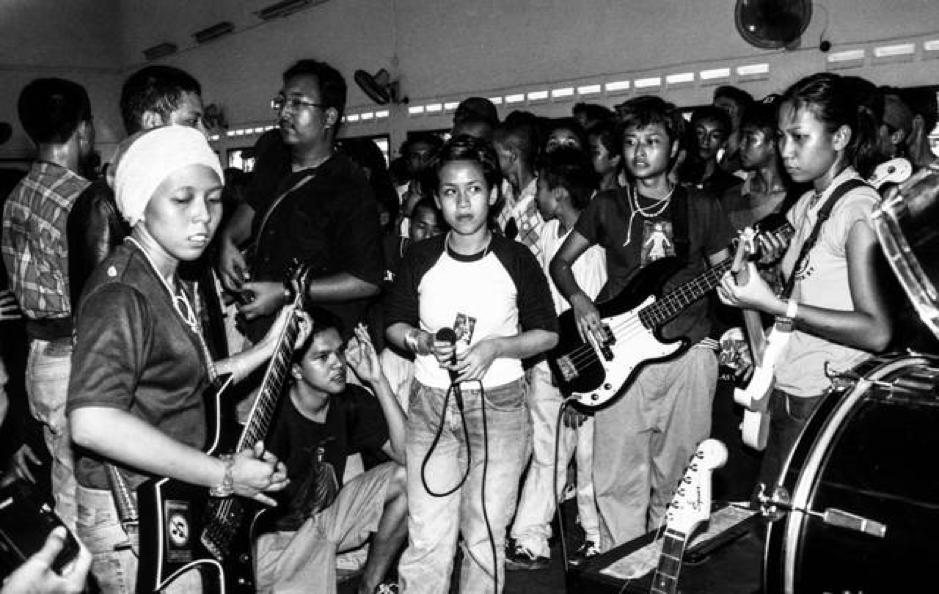 “People think it’s negative music but it’s not. A lot of hardcore punk bands are saying the truth. The norms (haters) only say it’s negative because they’re scared of the truth,” Dahliah retorts.

“We wanted to create an all-girl band to encourage girls to be unafraid. Girls can do what boys do,” said Cheryl from Radigals.

“There were cases of people from the audience shouting, ‘great body’, or asking for my number. I’m not here to listen to those remarks, but for people to listen to what we have to say [through our music],” said Esty from Radigals.

In their most recent extended playlist (EP), FIGHT TO UNITE, songs like EMBRACE YOUR FLAWS encourages body positivity and EQUALITY advocate gender equality; using the genre of hardcore to spread empowering messages. 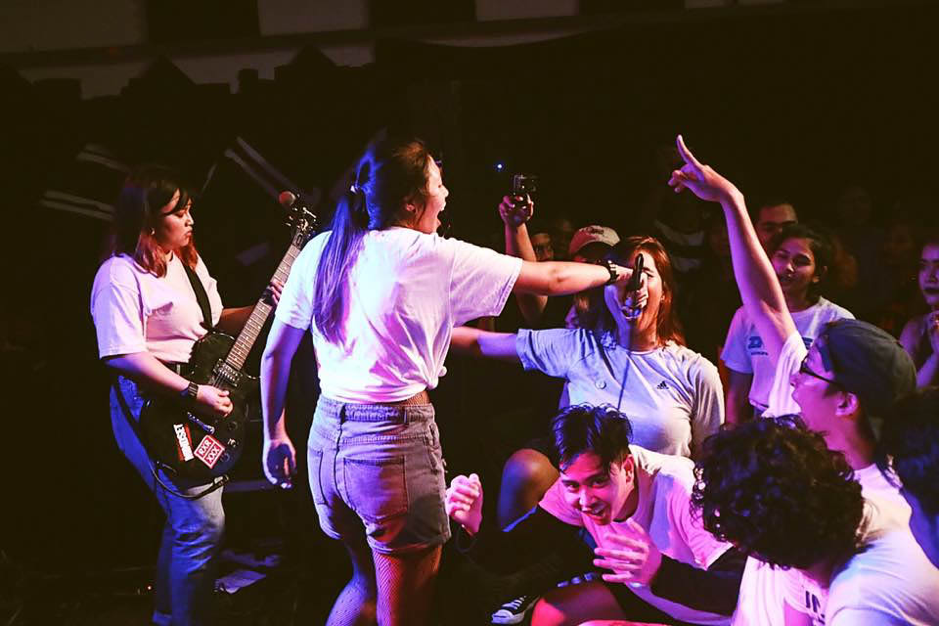 Although still at its early stages, there is a rise of girls in hardcore bands. and Etsy hopes this will continue to grow, saying: “I hope young girls take our music as their strength in whatever they’re going through to motivate them to stay strong. I hope our music can be their companion when they’re feeling the lowest.”