Ngee Ann’s alum Alaric Tay and his team including Benjamin Heng, Jacen Tan and Joey Pink will share about the making of their comedy horror flick at SGNewWave’s movie night.

Can Singapore’s soldiers survive a zombie apocalypse? That’s the story that Zombiepura seeks to tell.

Directed by Jacen Tan, the upcoming comedy horror flick is co-produced by Alaric Tay (a Ngee Ann Poly alum) and Benjamin Heng, who are also the lead actors. Together with lead actress Joey Pink (also a Ngee Ann Poly alum), the team will share about the making of Zombiepura at Ngee Ann Polytechnic on October 23, Tuesday, 6:30pm.

Organized by SgNewWave, the session will be held at the Preview Theatre at Ngee Ann’s School of Film & Media Studies (Level 9, Block 52). If you would like to meet the cast and crew and learn more about acting, filmmaking, post-production and film promotion, please join the session.

In the meantime, catch the Zombiepura trailer here: 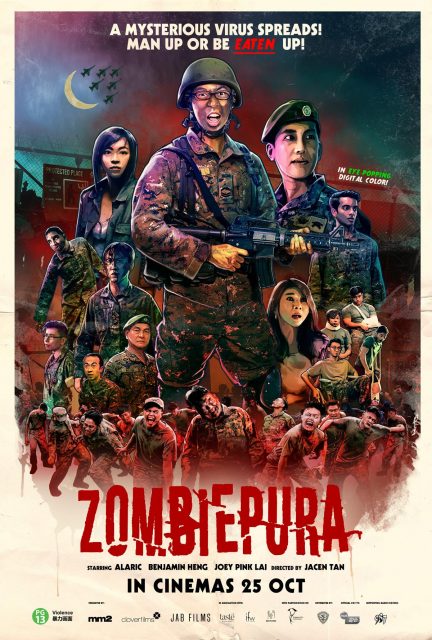