It’s the way they’re taught to speak confidently that might have contributed to the perception, some elite school students told The UrbanWire. 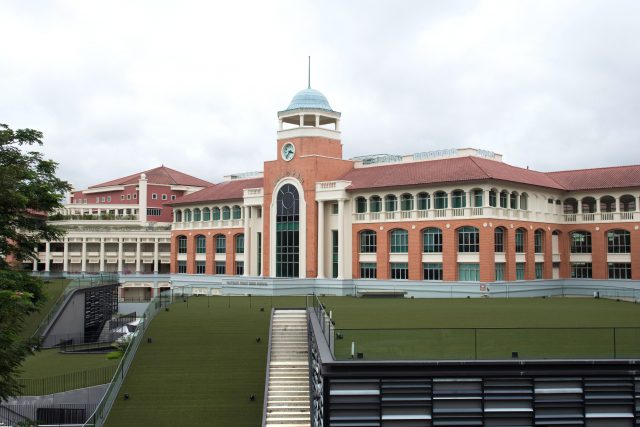 Nanyang Girls’ High School is regarded as one of the top schools in Singapore. Photo: KELVIN GOH

“I have friends from other schools who describe my school as a ‘rich people school’, which implies that we are arrogant,” said Pin Hui.

A survey conducted by Channel NewsAsia (CNA) in July this year found that 91 per cent of the respondents view the upper class as “arrogant”, while 35 per cent think the lower class are “arrogant”.

Most respondents also view the upper class as being “able to speak good English” (98 per cent), “tended to plan ahead” and “domineering” (both 94 per cent).

Pin Hui said while many of her schoolmates are from well-to-do families, with many being able to afford multiple overseas trips over one semester break, most of them are not arrogant or domineering.

“These perceptions of the upper class may be due to stereotypes or personal encounters with 1 or 2 people who exhibit such behavior,” she shared.

First-year Singapore Management University (SMU) student Grace Chan used to think that students from elite schools are arrogant because of the “the way they talk and present themselves”.

Her perception changed after she entered Hwa Chong Institution, another top elite school, for her post-secondary education.

She shared: “It’s not that they are actually arrogant. It’s just the way the students portray themselves is naturally more confident because of the way they are taught in school.”

Even if elite school students made an effort to speak humbly, they may still be misunderstood.

“In fact, if you say that you come from Raffles or Hwa Chong, other students will start forming their perceptions of you. Thus, Raffles and Hwa Chong students are actually quite cautious to name their school,” she said.

16-year-old Erica Soh, who studies in an elite school located in Bukit Timah, said she could understand why these perceptions exist. In fact, she didn’t find the CNA survey findings surprising at all.

Relating an observation she made while attending a workshop, she said elite school students tend to be less hesitant about turning down ideas from non-elite school students. Such a gesture, she said, might have strengthened the perception that the elites are arrogant and domineering.

Elite school students may also interact with their peers and those from non-elite schools differently, Erica said.

“In my school, we often talk about recent events, such as the American elections and Brexit, or softer topics like memes. These topics come up much more rarely in my conversations with ‘non-elite’ school students.”

Such perceptions of the upper and lower classes will widen our social divide, said Professor Tan Ern Seng from the National University of Singapore (NUS).

The sociologist said the upper class should take more initiatives in bridging the gap.

He added that opportunities must be created for students from elite and non-elite schools to mix with people from different social backgrounds.

“It can’t be simply by putting them together, but by creating opportunities for them to work together on common projects where they can contribute equally towards achieving superordinate goals,” he shared.